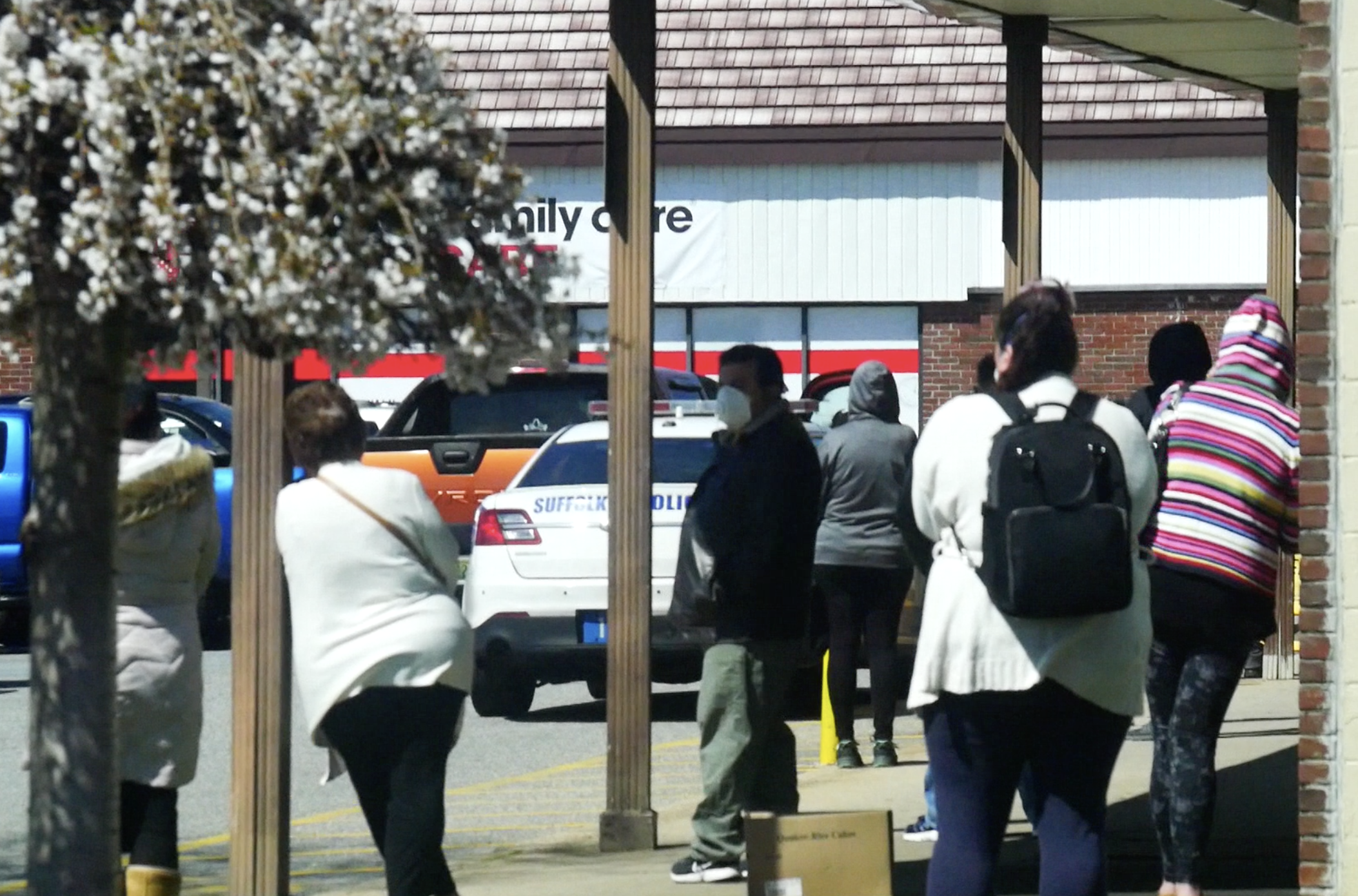 As COVID-19 cases accumulate in New York, it’s evident that residents may be disregarding orders to social-distance, making the state an epicenter within the United States. Although the number of new cases in Manhattan has recently plateaued, cases on Long Island still continue to grow.

While the world is consumed by the new coronavirus, new practices such as social-distancing, and new phrases such as “flatten the curve,” have become part of everyday life. New York has over 220,000 confirmed cases as of April 17—more cases than any other country in the world, according to the New York Times.

Within the state of New York, Long Island, along with Westchester and Rockland Counties, are the only areas not flattening their curve. With the amount of confirmed cases increasing daily, Long Island has become the new epicenter of New York state.

Suffolk County’s Department of Information Technology recorded 25,462 confirmed cases  as of April 17 in Suffolk County alone. Cases in Nassau County rocketed above 27,000 on April 16, according to NassauCountyNY.gov. This steady rise in cases can be due to many things, but the freedom that many residents continue to enjoy, can easily be the cause.

Although a stay-at-home order is currently in place, some people have been flocking from the city to head out to their summer homes on eastern Long Island as a way to escape. But a mass influx of people from a heavily populated area raises the risk for smaller communities in a fairly unaffected area.

“I don’t mean to place the blame, but when corona really started to get serious in New York City, the residents there immediately came out here, and then did not self quarantine,” said Shelter Island resident Julia Labrozzi, who is a junior adolescent Spanish education major at SUNY Geneseo. “I really think that this is a big reason why Long Island has taken such a big hit.”

With the influx of city residents to their vacation homes, Suffolk’s numbers are sure to rise.

“I would do the same thing to protect my family,” Shelter Island resident Olivia Yeaman, a junior social work major, said. “However, coming out here and demanding services, buying up food, and not properly following quarantine or coming here when they know they are already sick is not okay.”

What some escaping the city may not consider is the lack of resources on Long Island. In Suffolk County specifically, medical facilities in towns with smaller populations are only prepared to take in a few patients, and they lack the materials and equipment needed to fight this virus in comparison to hospitals elsewhere.

“I think there are a lot of poor towns on Long Island that people aren’t aware of that have people living on top of each other and people that aren’t healthy. Also, a lot of older people live on Long Island,” Kristen Morgan, a senior film major, said.

If medical facilities in smaller towns are only prepared to handle the regular population, they likely will lack the man-power and equipment needed to care for vacationers too. Supplies such as daily essentials and groceries are limited as is, especially during the months leading up to summer break when the population is expected to grow, leaving some east-end natives a bit on edge.

Long Island is an unexpected epicenter for this virus, but Suffolk County Executive Steve Bellone said the increased number of testing sites may have played a large role in the spike of positive cases, according to Newsday. But Southold, an eastern Long Island town, reported a rate of 6.4 infections per thousand residents, and that’s greater than New York City’s rate of 5.2 cases per thousand residents.

“A new trend is taking place that puts our local residents at even further risk—people seeking refuge from the metropolitan areas,” Southold Town Supervisor Russell said in a statement.

While everyone is expected to follow stay-at-home orders, the number of positive cases continue to increase, and some of those who have left the city early to move into their summer homes, are avoiding mandated regulations, according to Newsday.

“I think social distancing is the best thing we can probably do right now and a lot of people aren’t listening to that precaution,” Morgan said.