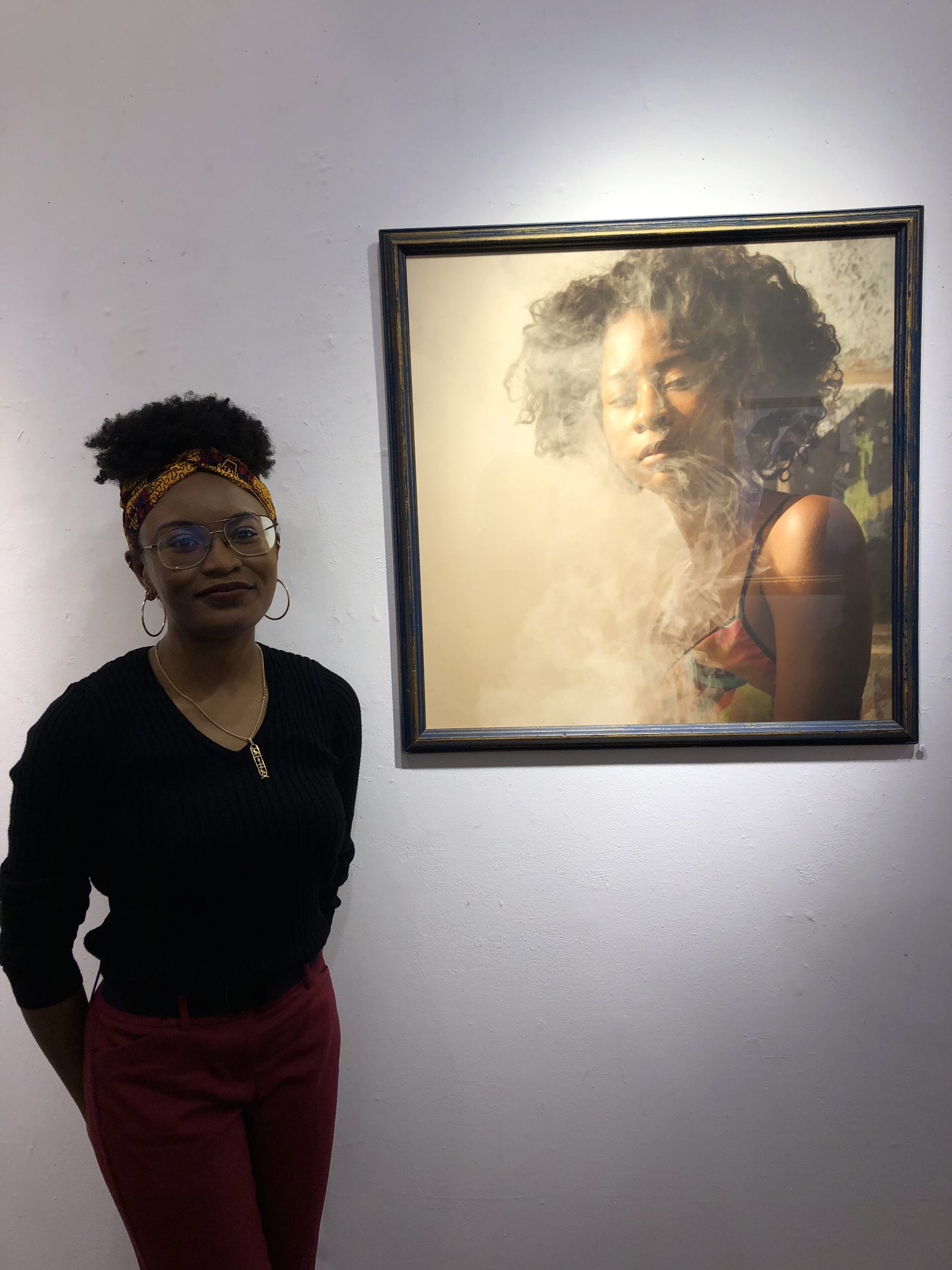 Mastering the Art of Sfumato

The exhibition was titled “Sfumato” after a painting style used by Leonardo Da Vinci. The technique is meant to bring the viewer’s eye past what it usually sees, something Gardner worked to accomplish by using smoke bombs in her art.

Gardner has been a photographer since she was 7 years old when she shot her first photos with a point-and-shoot Kodak camera. Her interest in photography continued to grow throughout high school, and after two years as a psychology major, Gardner switched to studying photography to follow her passion.

This show is Gardner’s first solo show, and although she has only been in one group show before “Sfumato,” she had more preparation than others doing the same thing.

“I had a little more preparation than everyone else because I thrifted all of the frames,” Gardner said. “I had to measure each frame and figure out which photo was going to go into each one beforehand.” Taking on this extra task allowed Gardner to have her exhibit planned out well before the show opened, and added another unique flare to her art. While the frames added a pop to the collection, each photo that hung inside the frames had its own distinctive elements as well. “Each frame is unique, just like the smoke. The smoke changes every five seconds, and each of the models are unique too,” Gardner said.

The women in the photographs were cascaded in smoke of various colors, a technique Gardner discovered about five years ago.

“We were playing with gulal and she blew it at me and I took a picture of it and thought: how can I get this bigger?” Gardner said, recounting the time she was invited to celebrate Holi (a popular ancient Hindu festival) with her friend and model, Devita Mohandeo.

After that experience, Gardner bought smoke bombs and began trying to make that moment into something bigger. “It’s been a long time coming, work in progress. But I’m really happy to see it come together,” she said.

The show attracted a crowd of Gardner’s friends and supporters who were excited to see her work displayed.

“If you look around the room, this represents her,” Jacob Goldman, freshman nursing major, said.

Garner’s friend, Tenesha Walker, a biology major at the Brooklyn campus, attended the show to show support to her long-time friend.

“I know Vanessa’s been busting her brains out, overworking herself and stressing herself out to make this exhibit perfect.” Walker said, “I know she worked so hard for this, and she did it.”

The photos lining the gallery were all for sale and can be found on Gardner’s instagram page @vmgphoto_ as well as purchased through her email, vgardnerphotography@yahoo.com.