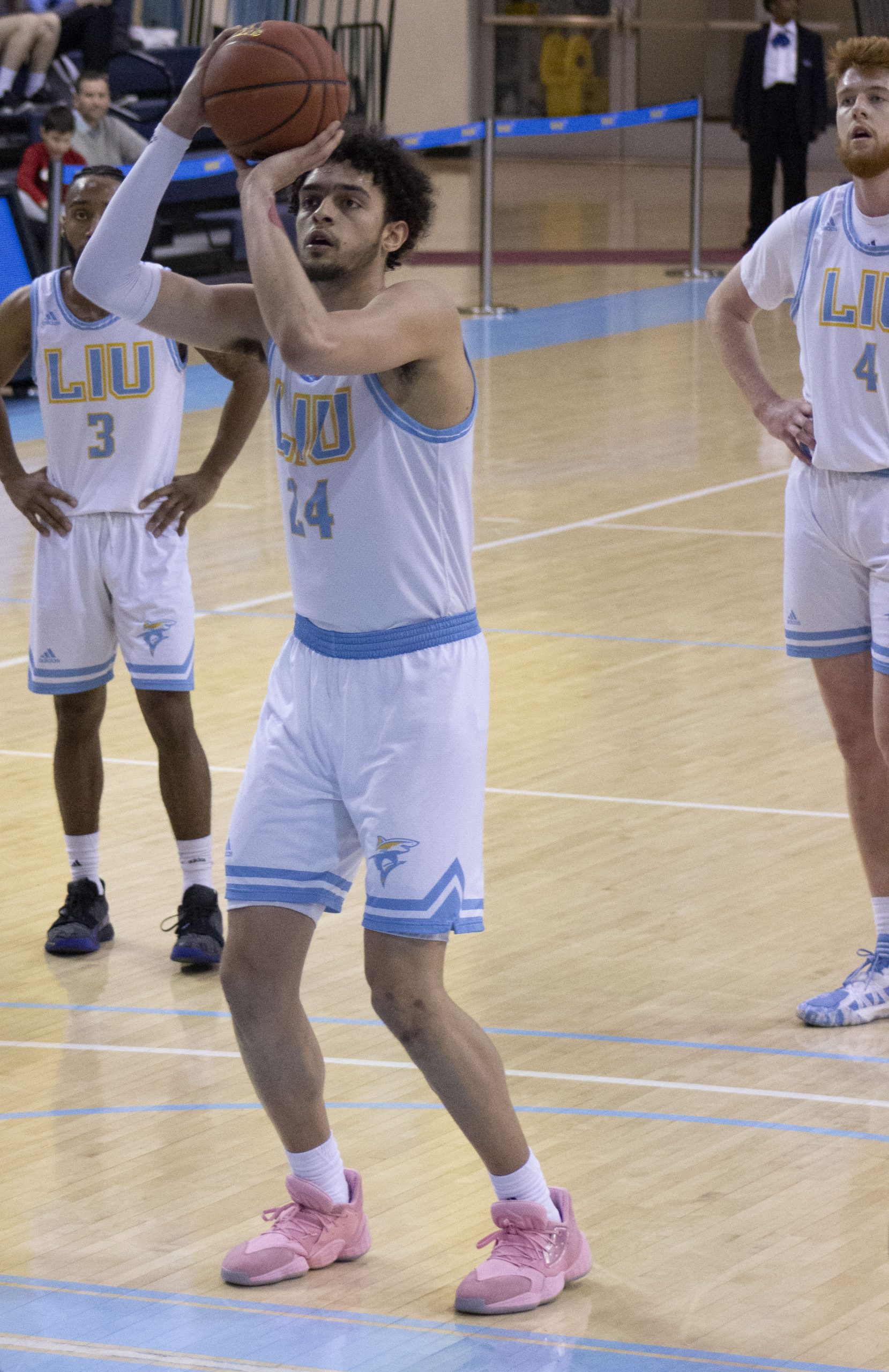 There was no shortage of things to celebrate for the men’s basketball team on Thursday, Feb. 27 as they came away with a victory over the Wagner College Seahawks on senior night with a score of 74-66.

The starting five for the Sharks represented the four seniors who will be graduating this year: Jashaun Agosto, Julian Batts, Ashtyn Bradley, and Ganlandou Cisse alongside regular starter Raiquan Clark. Also honored on Thursday was manager Maxime Tondre, another graduating senior.

The first half was dominated by the Sharks as they hit 54.2 percent of their shots, while the Seahawks only hit 23.5 percent of theirs. Their solid shooting propelled them to a nine-point lead, 34-25, going into halftime.

In the second half, the Seahawks got off to a quick start and scored five unanswered points. However, the Sharks retaliated and went on a 15-2 run, which put them up by 17 points with just under 14 minutes left to play.

Despite the deficit, the Seahawks answered and took advantage of the Sharks subbing their starters out. They went on a 24-5 run to make the game closer and managed to take the lead, 54-56, with six-and-a-half minutes to play.

However, the starters for the Sharks came back into the game and the momentum changed once again. The Sharks outscored Wagner 20-10 to close out the game and took the victory with a score of 74-66.

In addition to the win, the Sharks achieved personal milestones during the night. Junior Ty Flowers hit his 1,000th career point just before the 10-minute mark in the first half on a free throw and sophomore Jack Ballantyne recorded the first double-double of his career as he made 18 points and 12 rebounds, both career highs.

Ballantyne’s 18 points tied him for the team lead in points with Jermaine Jackson Jr., who also racked up 18 points, including going 7-for-7 on free throws. Raiquan Clark scored 14 points and 12 rebounds with 6 assists, while Flowers made 11 points.

The win also led to a guaranteed home game for the Sharks in the playoffs, as they secured the No. 4 seed in the NEC. The Sharks will host a playoff game against the No. 5 seed Fairleigh Dickinson University Knights on Wednesday, March 4 at 7 p.m. inside the Steinberg Wellness Center.