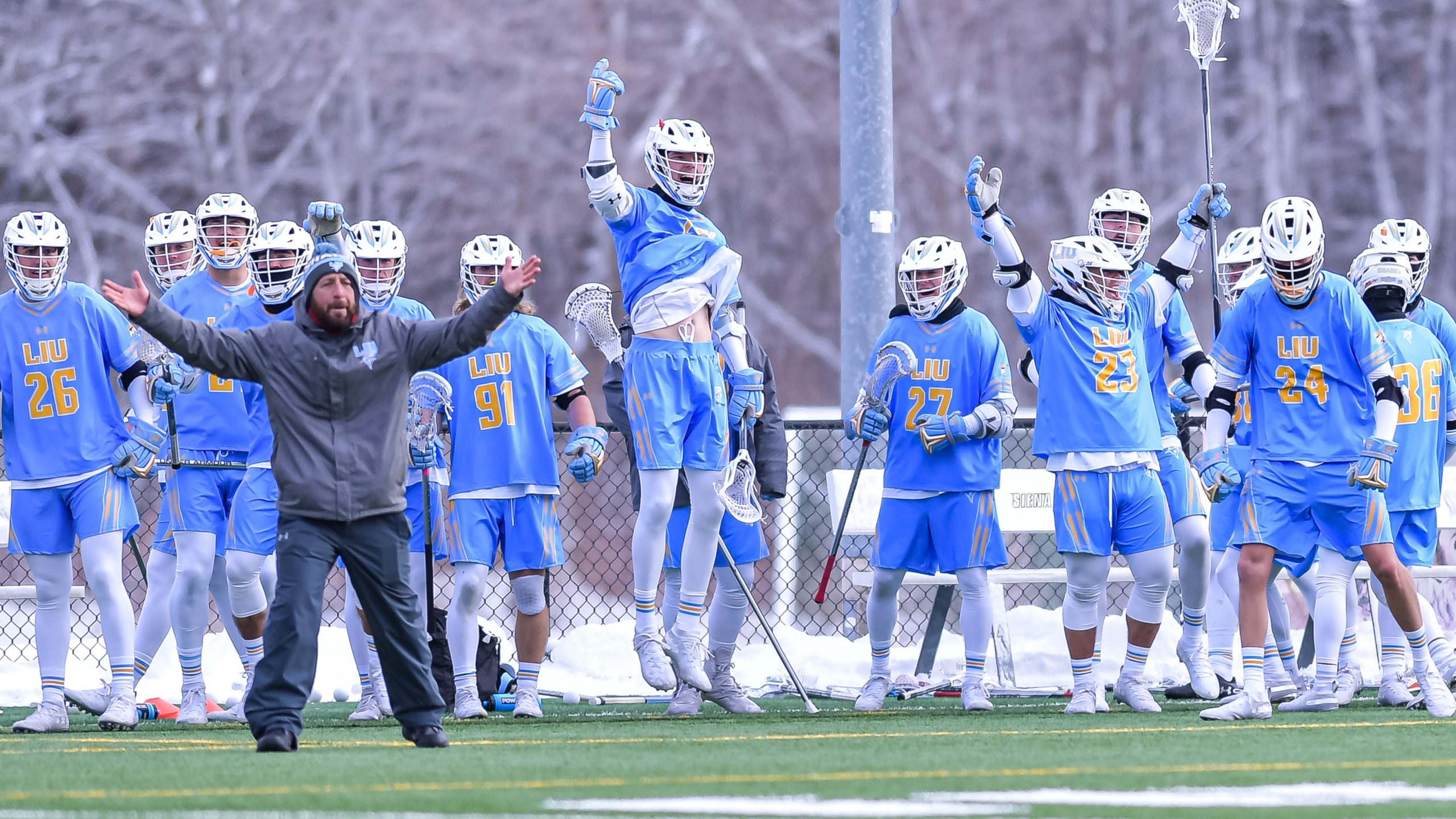 The men’s lacrosse team lost to Siena College with a score of 12-14 in their first inaugural game as a Division I program onSaturday, Feb. 8.

Despite the loss, freshman Sean Boll made a major impact in his collegiate debut with five goals for the Sharks. Junior Will Snelders also played a key role adding one goal and five assists.

The team’s first conference game is on Saturday, March 14 against the New Jersey Institute of Technology in Newark, N. J. In the NEC preseason coaches’ poll, the Sharks were picked fifth in the NEC West Division. The NEC Division is a particularly difficult one with two-time NEC reigning champion, Robert Morris University as the frontrunner.

Knowing the teams they will play high level competition, the Sharks’ Head Coach Eric Wolf said his team will primarily focus on their own progress.

“We’re really focused on our own growth and reaching our potential as opposed to the external stuff and comparing yourself to someone else,” Wolf said. “Because if we’re doing our best, then it’s not going to matter what anyone else is doing.”

Looking at this season’s roster, the Sharks are returning their top seven goal
scorers from last year’s Pioneer team. Three of them are Will Snelders who finished last season with 55 goals, Jake Gillis who finished with 47 goals and Alex Russell who scored 21 goals. In terms of a game plan, Coach Wolf’s is
to play aggressively and fast, and as tough as they can for the full 60 minutes. “And if it requires more, then we’ll go more,” he said.

Next up for the Sharks is their first home game of the season against Wagner College on Saturday, Feb. 15 at 1 p.m. at the Bethpage Federal Credit Union Stadium.

Published in Uncategorized and _Front Page