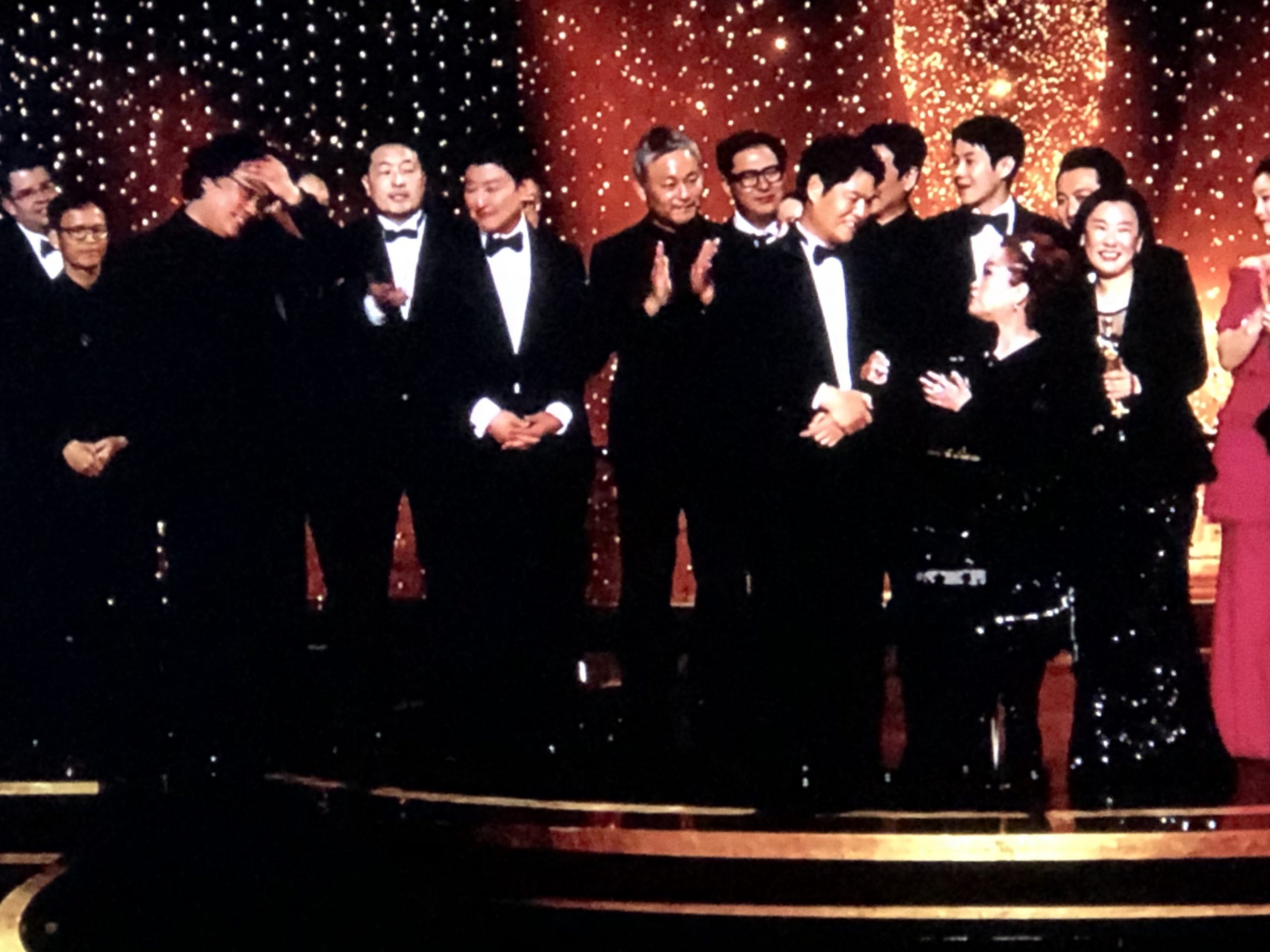 Milestones Made At the Oscars The 92nd Academy Awards (The Oscars) aired Sunday, Feb. 9, and it surprised viewers with historical and record-breaking moments. Although the hostless ceremony received its lowest viewership in history, it consisted of memorable highlights which gave the show an underlying message of unity.

Known to some in Hollywood as the “whitest” awards ceremony around, the academy
steered clear of receiving the repeat hashtag #OscarsSoWhite from previous years by
awarding five golden statuettes to the South Korean dark-comedy “Parasite” directed by
Joon-Ho Bong.

“Parasite” was the first non-English speaking picture in Oscar history to win the Best Film category, beating eight other favorites such as Martin Scorsese’s “The Irishman” and Quentin Tarantino’s “Once Upon a Time In Hollywood.” “It brings diversity to the movie world and inspires other people from across the world to fulfill their dreams; especially the youth of South Korea,” Travis Fortounas, a senior journalism major, said. “It brings them hope that one day they can be like they’re favorite director and or screenwriter.” Bong’s film also took home awards for best directing, film editing, international film and original screenplay.

Former President Barack Obama and first lady Michelle Obama also made history when
their production company Higher Ground snagged the best documentary award for
“American Factory.” Although they didn’t attend the ceremony or accept the award themselves, they now hold the honor for being the first presidential couple to win an Oscar for backing a film.

Karen Rupert Toliver also reached a milestone when she became the first black woman
to take home the win for best animated short, along with her production partner, Matthew A. Cherry, for their film “Hair Love.” Kobe Bryant was the first African-American to ever win this category.

The late Bryant was also the first to be remembered in the Oscars’ memoriam segment
which was backed by vocals of recent Grammy record breaker Billie Eilish who sang her own sulky version of The Beatles’ “Imagine.”

“Basketball fan or not, Kobe had an impact on everyone. His Oscar for his short film a couple years back just shows what direction he was heading into in his post basketball
career – a positive one,” he said.

Rap icon Eminem, also known as Marshall Mathers, finally made an Oscar appearance,
dropping the jaws of most in the audience. He performed “Lose Yourself,” his Oscar-winning song from 17 years ago which was featured in the film “8 Mile.” While some looked shocked just to see him, the real surprise was that he actually showed up.

“The crowd seemed to be taken by shock. Some faces in the crowd were confused and
some were jumping out of their seats because that’s the music they knew growing up,” Fortounas said. Brad Pitt, who has hidden behind the scenes over the last few years, was seated in the front row for Eminem’s performance. The actor snagged himself the first award of the night for best supporting actor – a well deserved win, according to Domagala.

“He was a staple in the movie ‘Once Upon a Time in Hollywood’ and his character, Cliff
Booth, has kind of become this cult hero since the movie came out. He and Leonardo DiCaprio were on-screen magic and worked very well together,” he said.

“Once Upon A Time In Hollywood” became one of Domagala’s all-time favorite movies after he saw it in theaters.

“I got the DVD of it for Christmas and have watched it two times since. I’ve told lots of family and friends to watch it because there’s so much 60s nostalgia in it. Tarantino making a movie about the Manson family with DiCaprio and Pitt as the leads is a
dream come true for movie buffs,” he said.

Pitt took time during his acceptance speech to get political. “They told me I only have 45 seconds up here, which is 45 seconds more than the Senate gave John Bolton this week,” he said. “I’m thinking maybe Quentin [Tarantino] does a movie about it. In the end, the adults do the right thing.”

Pitt received a lot of backlash over the political jab on social media, along with actress Renée Zellweger and actor Joaquin Phoenix, who also used their speech time to acknowledge the world’s current state of affairs. Many viewers left comments blaming the award show’s viewership decline on this very thing.

“I love Brad Pitt, and I understand the political comment he made. I mean, it was funny, but I’m not a fan of politics always being brought up at these award shows. Let’s talk movies; not politics,” Domagala said.