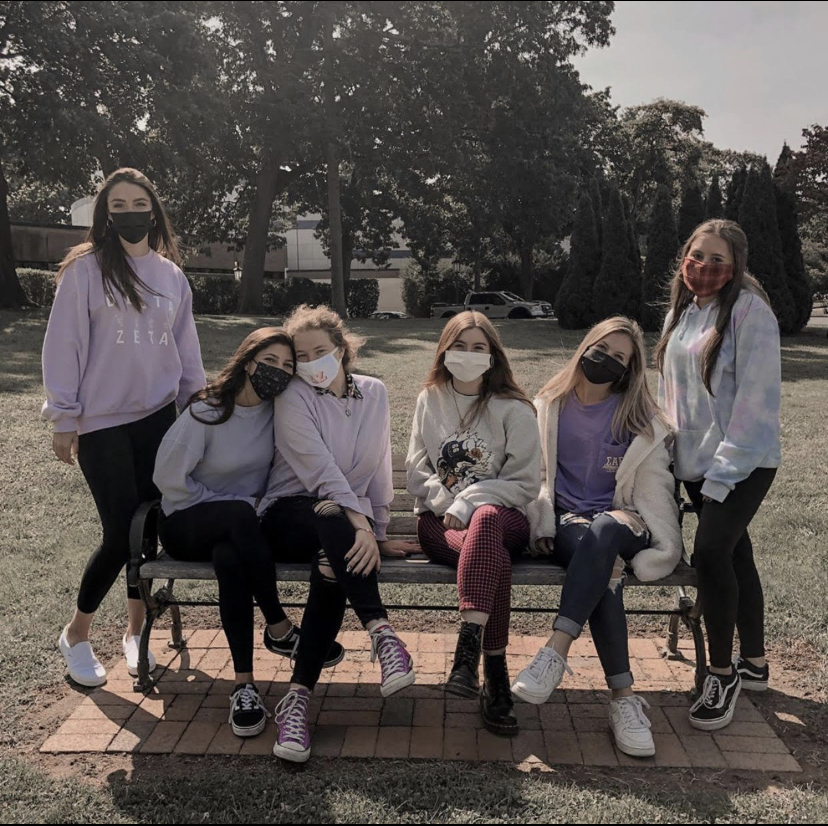 Several fraternities and sororities participated in National Hazing Prevention Week from Sept. 20 through Sept. 25.. Organized by HavingPrevention.org, a non-profit organization, Hazing Prevention Week is intended to spread the word about the dangers of hazing and to implore fraternities, sororities, sports teams and other groups not to partake in the dangerous practice. Founded in 2007, the organization seeks to provide education and resources, as well as to focus on preventing instances of hazing rather than dwell on how to punish existing guilty parties.

Delta Zeta was one of the Greek organizations on campus that participated in the national event. “This week as a community we wore purple to raise awareness for hazing prevention and promoted it on social media,” Kristina Occhino, a senior childhood/special education major and president of Delta Zeta, said. “As a chapter, we watched a Hazing Prevention seminar explaining situations and examples of hazing. This seminar allowed us to stop and reflect on our own chapter to make sure we were not participating in any such activities.”

Occhino also added that the sorority’s nationals held a second seminar Wednesday aimed to shed light on instances of hazing nationwide, even providing a quiz in poll form on social media platforms. This quiz, Occhino said, intended to “present scenarios and allow viewers to vote whether or not it is hazing; these scenarios are ones that may not be considered hazing to others to show what hazing actually is.”

Still, there are groups that publicly disavow hazing while privately condoning its use among members.

“At American hazing is not allowed. Despite that, hazing is the most important aspect of Greek life at AU,” Ari Kramer, a senior pre-law major and fraternity member at American University in Washington D.C., said. “Anyone who was part of the fraternity leadership had nothing to do with the hazing process, they had particular members of the fraternity in charge of hazing.”

Kramer added that the mentality toward hazing by the fraternity’s members could be summed up as “it happened to us so it has to happen to the next class.”

Kramer claims that of the nine weeks of pledging, only about six days were free of hazing. As to its nature, he asserts hazing was mainly physical, such as forced push-ups, planks, and wall-sits; all while the brothers in charge of the process yelled in their faces.

Alyssa Lawson, a sophomore adolescent education major who is is a member of the panhellenic council on campus, says she was informed of LIU’s strict anti-hazing policy the second she received a bid, and reiterated that all Greek Life on campus wore purple on Monday, Sept. 21 in a show of support for National Hazing Prevention Week.