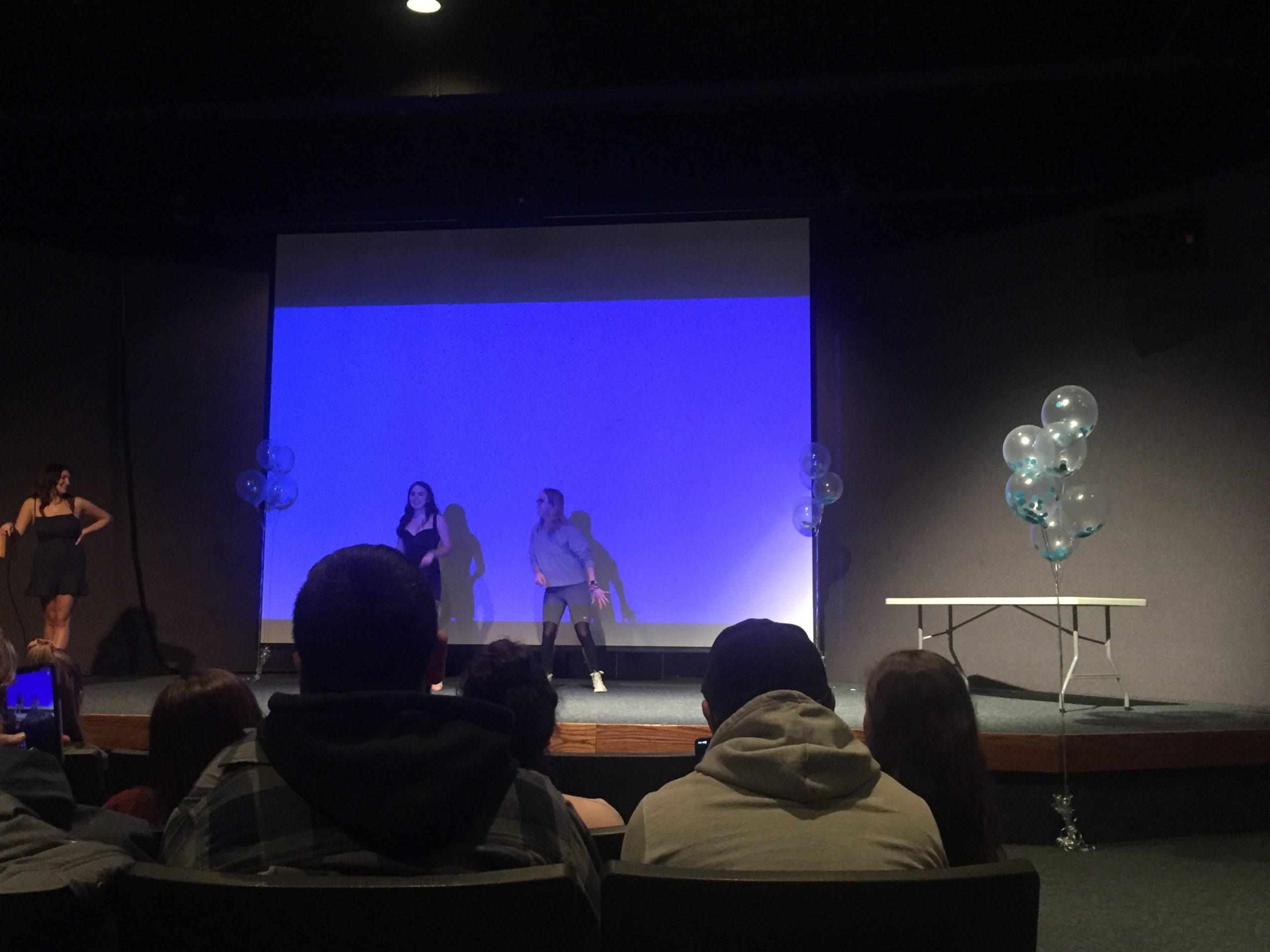 No Talent Show: May the Worst One Win

Members of the Kappa Kappa Gamma sorority hosted their first philanthropic event of the semester, the “No Talent Show,” on Tuesday, Feb. 11 in the Gold Coast Cinema. The No Talent Show featured students from campus showing off things they’re not talented at in hopes of winning a $100 cash prize. It cost $5 to sign up and there were raffles throughout the night. All proceeds went to Reading is Fundamental, an organization dedicated to “inspiring a passion for reading among all children,” according to their website.

Students signed up to participate at the Fishbowl or by messaging the Kappa Kappa Gamma Instagram. “It was open to the public, but most of the performers were from fraternities on campus,” Sarah Scott, a freshman nursing major who attended the event, said.

The event featured students showing off a variety of talents such as throwing grapes at each other in an attempt to catch them in their mouths, bowling and trying to fold a t-shirt using only their teeth, but there was only one winner.

The crowd voted on the best act through an online poll on Instagram. James Lange, a sophomore finance major, took home the $100 cash prize. “My talent was a magic show,” he said.“I was trying to think of something I could do poorly, but something I could realistically do while being funny. I performed a bunch of
purposefully bad magic tricks.”

Lange performed a variety of tricks from the classic rubber pen to pulling a tablecloth with cups on it, causing all of them to fall over. “I did a card trick and I brought this girl on stage and asked her to pull a card from the deck,” he said. “I shuffled the deck kinda knowing I was going to get the wrong card. Then I randomly got her correct card. It was crazy, everyone started cheering and I was shook.”

Kappa Kappa Gamma will continue to host events throughout the semester. Students can look for their upcoming events and learn more about Reading is Fundamental by going to their instagram, @kappaliu.