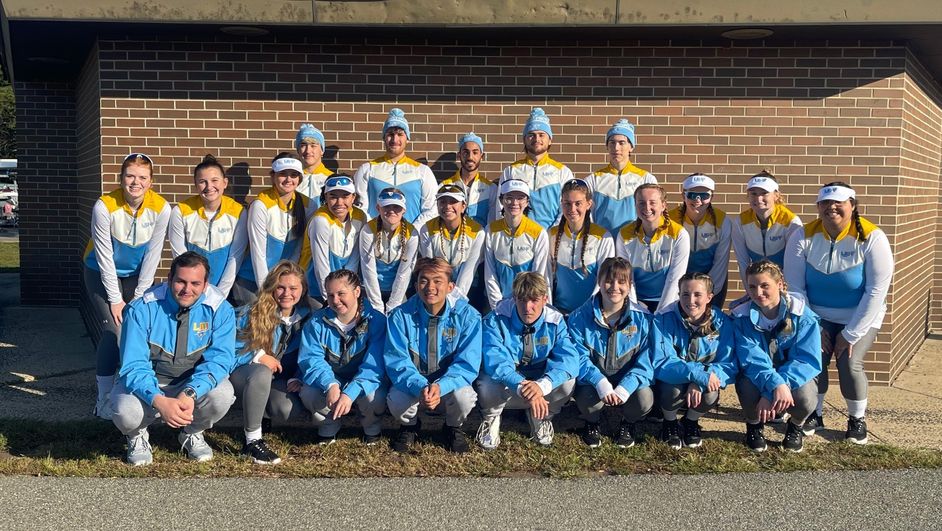 LIU’s emerging rowing team is one of the newest teams to join the program and is already proving their capabilities with great success in competitions.

Junior Rowing Team member Dan Tellerman reflects on how much the team has changed between October 2021 to today.

“We started last year with just nine people in total. If one person was late or missed practice, we couldn’t go out in the water that day, so it used to be rough, but we’re at about 25 people now, which is exciting,” he said.

A common thread amongst much of the team is that many of them had not previously had careers in rowing until coming to college.

Sophomore Isabella Kolstad-Khan, who originally competed on Track but has since decided to join the Women’s Rowing team, appreciates the effort the staff and other team members make.

“When I first joined rowing, they were the most welcoming group. They take time to teach you everything you need,” she said.

Tellerman is also getting adjusted to the lifestyle and workout required for the sport of rowing.

“I did a lot of sports growing up but never did rowing. I had no experience with it at all. I used the machine once or twice at the gym, but that’s as far as I ever went before I joined the team,” Tellerman said.

So far, the team has been involved in two regattas this season. A regatta describes the various events and races that comprise a rowing competition.

“We’ve raced our first two races this year, we’ve all placed, and the men specifically took home a silver medal on our first race and then the gold medal on our second. It’s been great so far,” Tellerman said.

The team prides itself on working out 10 times a week, which includes lifts, rowing machines and other forms of practice.

Players acknowledge the work Head Coach Jacyln Smith and assistant coaches Julien Blythe and Aaron Bosgang have invested to get the team prepared.

“The coach we have is super chill. She went to the Olympics. Knowing that we’re coached by an Olympian who’s done well is just a great feeling. She has so much great advice to give,” Kolstad-Khan said.

Not only is the team getting victories, but they’ve also created a sense of community among the group.

Junior team member Leah Bowlby believes the team has great chemistry despite how brand new the program is.

“We like to say that we’re one of the teams that get along the best. We’re a real family,” she said. “It was great to go out and see all of us supporting each other.”

LIU’s latest team seems to have a bright future ahead, with wins already under their belts and rising recruitment.

Tellerman believes there is so much potential in the future of LIU Rowing.

“The biggest thing is getting more people on the team, and that’ll just come with time. Also, finding more recruits from high schools for next year,” he said. “Everything is going great. We’re getting stronger and faster every day.”