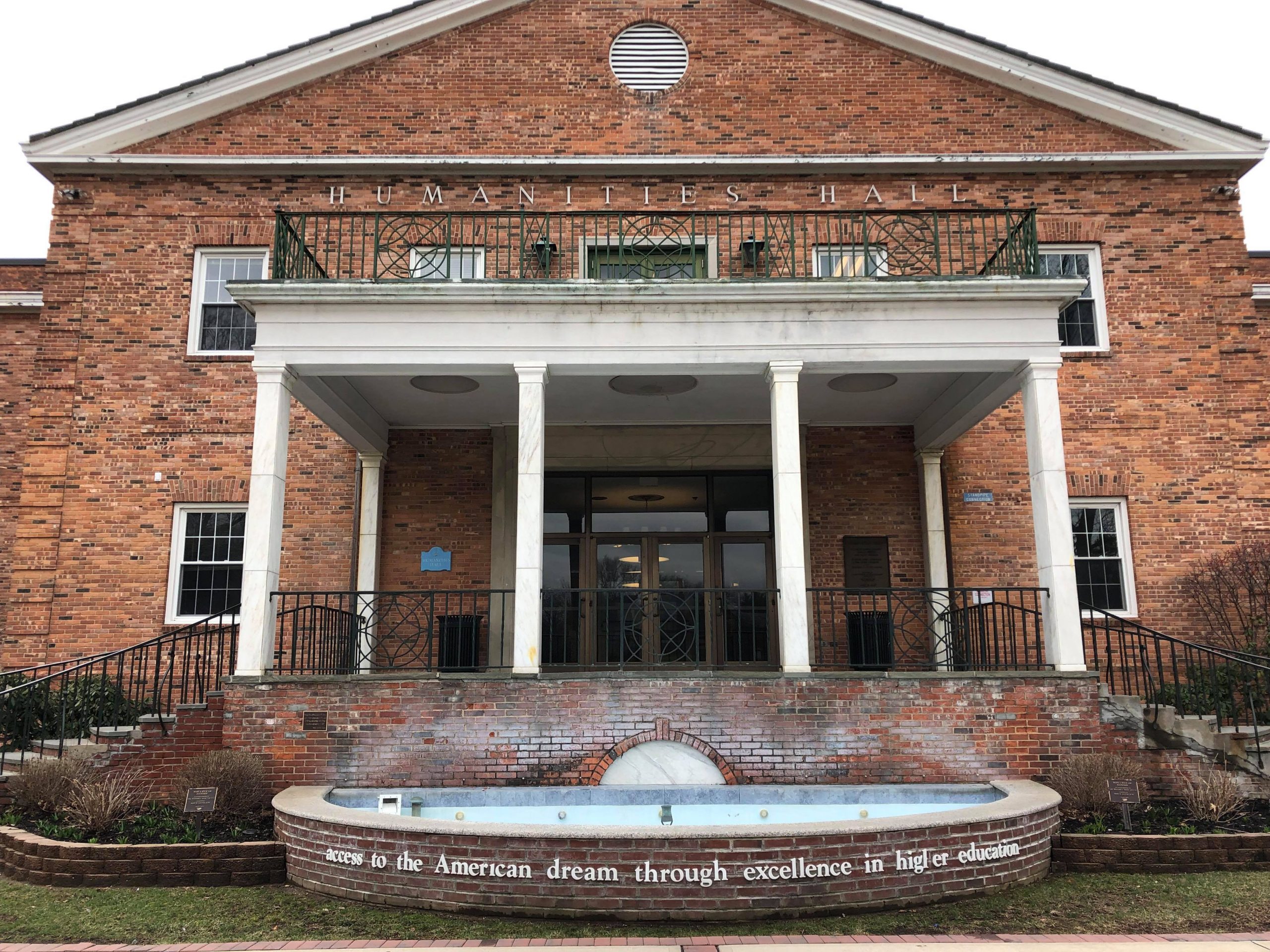 LIU to Receive $7 Million Stimulus After Layoffs and No Refunds

The university will receive $7,007,826 of the $2 trillion stimulus package passed by Congress, according to the Department of Education, to address the economic fallout caused by the COVID-19 pandemic. This aid arrives after the school temporarily laid off some employees, and after it denied reimbursements to students for tuition and housing.

The emergency relief bill known as the CARES Act allotts $14 billion in funds to institutions of higher education. According to a letter sent to universities from Secretary of Education Betsy DeVos, about $12 billion of that funding will be distributed to schools using a formula based on student enrollment.

At least 50 percent of each school’s allotment must be reserved to provide students with emergency financial aid grants for expenses related to the disruption of campus operations due to COVID-19. Such expenses include food, housing, course materials, technology, healthcare, and child care.

“We are prioritizing this funding stream in order to get money in the hands of students in need as quickly as possible,” the letter said. The remaining 50 percent of funds are to be used to “cover any costs associated with significant changes to the delivery of instruction.”

The university moved all face-to-face classes to online instruction on March 12 for the remainder of the spring semester. Rather than pushing students out of their dorms, the school allowed students to stay. Some who decided to return home, said they did so for a range of reasons from health and safety to a lack of activities or open facilities on campus.

Jennifer Ippolito’s son is a sophomore who lived on campus before the pandemic. She attempted to reach someone at the school several times to inquire about possible refunds. Her first email was sent to Executive Dean of Students Michael Berthel on March 13. She received a response that stated the school was unable to provide information regarding a potential refund, but will continue to communicate with students as decisions are made.

Ippolito sent another email to Berthel asking if someone could assist her son with picking up his belongings since the state implemented certain restrictions. No response was received.

A third email was sent by Ippolito on April 20 to University President Dr. Kimberly Cline, in which she called the school’s decision to keep the dorms open a “loophole,” and requested a response regarding refunds. No response was received by Cline or her staff.

BrayLynn Willis, freshman musical theatre major, told the Pioneer on March 26 that the school notified her mother that no refunds would be issued since students were still allowed to take advantage of the facilities.

Thus far, the school has yet to update students about any final decision to refund parents and students, and those who are on a tuition payment plan are still expected to make payments. Other Long Island universities such as Hofstra, Adelphi, Molloy and Stony Brook have all offered some sort of prorated credit or refund.

In order to receive funding from the CARES Act, each university was required to sign a funding certification and agreement. The agreement states that the recipient must “continue to pay all of its employees and contractors during the period of any disruptions or closures to the greatest extent practicable.”

As New York state began battling COVID-19, which now has a stabilized fatality rate averaging about 500 plus deaths per day, the school’s administration temporarily laid off workers deemed unsubstantial, leaving valued employees without a paycheck or health insurance.

“I think the decision to lay off employees during a time like this was gutless and a direct example of the lack of empathy that President Cline and the board of directors have continued to show,” Griffin Ward, senior broadcasting major, said. “It’s especially gutless to leave them without health insurance.”

The layoffs came after Governor Andrew M. Cuomo on March 20 issued a stay-at-home order on all non-essential workers, and also followed the school’s announcement that classes would resume online upon returning from spring break.

In a statement given to Newsday, the university said that after reviewing the job duties of employees asked to work remotely, “the school concluded that the work performed by some of its employees is not amenable to working remotely.”

Many employees who were let go, worked for and as a part of the LIU community for years, according to Dr. Jeong-Eun Rhee, education professor. Some of them are alumni, and some of their children are as well, dedicating their lives to the university—but Rhee questions if their loyalty mattered.

“These everyday staff members are the ones doing the so-called ground work in buildings and supporting LIU as a community,” she said. “And under this crisis, they are suddenly being told that the university is ‘temporarily’ letting them go without insurance.”

Since the university is an institution for education and learning, and a place where humanity, interdependence, and social responsibilities are valued as principles, Rhee said it’s important for the school to demonstrate how a community can survive a crisis collectively.

“When we treat each other as disposable, how can we claim that this is our community and teach such values to our students?” Rhee said.

A small percentage of the school’s workforce were affected by the layoffs directly, including grounds crew, maintenance, and at least 39 secretaries at the Brookville campus and another 48 at the Brooklyn campus, according to Newsday. Athletic trainers, library staff, workers in the Information Technology department, and employees at WCWP and THE WAVE, the school’s radio stations, were also let go.

A WCWP representative released a statement: “This COVID-19 pandemic has had an impact on all of us in the university community. Operating WCWP and THE WAVE remotely and staying fresh is a challenge. It is much more difficult without Janine , Chris and the students.”

Janine Celauro, and alumni Chris Maffei, were both valuable employees to the radio station. The decision to let them go was a huge loss, according to Ward, who said they do a tremendous job behind the scenes.

“Basically without them both, our executive director Dan Cox would have to do the work of three people who really do the work of five or six,” he said.

Aside from the essential jobs they do, Ward said Celauro and Maffei are also mentors who broadcasting students can turn to.

“I cannot tell you how many times I’ve gotten invaluable life advice from Janine or spot on career advice from Chris,” Ward said. “She’s [Celauro] really like the mom of the station, and losing her would be like losing a life coach.”

Ward was “absolutely outraged” when he discovered that the school was receiving millions in stimulus funding after laying off employees.

“In times like these I believe you find out a lot about the integrity of employers and institutions, and what we have been shown is nothing but apathy from them,” he said. “I know they say it’s a cost-cutting maneuver but what costs are they losing? We already paid tuition.”

Alumnus Christopher Mauceri, Ph.D, graduated from Post in 2004. He then became an adjunct professor of history, associating himself with LIU for 16 of his past 24 years. He made the decision to leave his position in the middle of the fall 2019 semester for many reasons.

“I’ve taught at other universities, and never once dealt with the lack of support that I felt at Post every day the last few years,” he said. “And I am not saying this against any one person. I had good relationships with my chairs and my coworkers, they were all wonderful. It was just the overall tenor of the school.”

Mauceri added that during his years teaching at Post, he noticed his class load was cut down as newly hired adjuncts were given courses he once taught. He was tired of working for a university that “barely supports their full-timers,” and where adjuncts are considered “disposable.”

“Post’s laying off of its employees was, to be honest, both shockingly disturbing and yet sadly, not all that surprising,” he said. “Given all that the university has cut over the past few years like majors and classes, why should it surprise anyone that now they’ve turned to cutting employees?”

The good relationships among coworkers and department chairs that Mauceri referenced was evident in a letter from faculty addressed to President Cline and Eric Krasnoff, chairman of the board of trustees.

The letter signed by 103 staffers stated: “Some will suffer from these layoffs, but all will be able to see and judge, including students from Long Island who, upon hearing this local news, may no longer consider attending LIU next fall. Laying off workers during a crisis debases the university, and metes such harm on the few, the very vulnerable, and generally the most financially insecure members of the LIU community.”

Ward said if he had the chance, he would ask President Cline why the school avoided diverting funds from areas with unused budgets to continue paying its employees. Many campus events were canceled including the spring fling, senior formal and commencement, which was changed to a virtual format.

Dr. Robert Kelchen, associate professor of higher education at Seton Hall University, told DiverseEducation.com that LIU is one of the many universities “scrambling to stay afloat in rough financial waters.”

“They have to cut spending as much as they can right now,” Kelchen said. “At this point, I expect colleges to put as much spending on hold as they can until we really have an understanding of when this crisis will pass. We just haven’t seen a crisis like this in our lifetimes.”

Choices made in challenging times reveal our true values and aspirations, according to Rhee.

“When the university chooses capitals over humanity, it signals its own character. We may stay in this for a long time,” Rhee said. “I hope that the university can reevaluate and readjust the initial decision to demonstrate what kind of university and community we are trying to build for the future.”

This story is still ongoing.