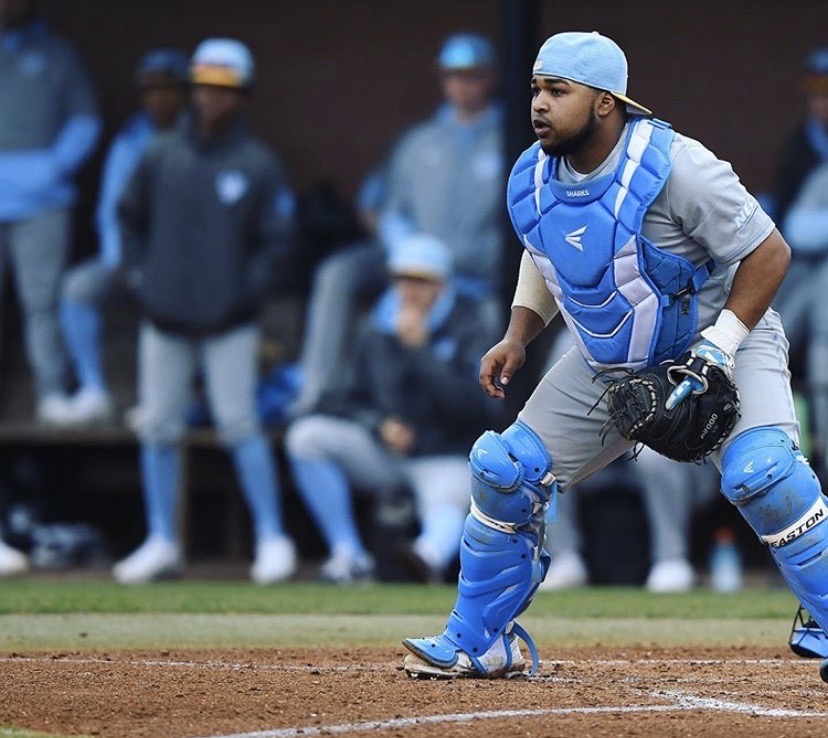 Andy Camilo is a redshirt senior on the baseball team, who’s five year scholarship is up since he graduates at the end of the semester.

After the announcement of the merger between Brooklyn and Post’s athletic departments, Camilo was extremely excited to play with his Blackbird teammates once again.

“Once I transferred to Post, I never knew it would happen, but once I found out I’d be playing with them again I was looking forward to it,” Camilo said. “We had a great program with both Post and Brooklyn kids.”

Camilo is bringing with him a winning history from both clubs and wanted to carry that over in his final season as a Shark. “Right away, my goal as a captain was to bring a chip to the school,” he said. “I wanted to win one with the Sharks, and it would’ve been really fun to win with three programs.”

Camilo knew the merger of his two former teams would be a challenge, but believed the team had what it took to achieve at a very high level.

“I talked to the guys since we struggled early on. I told them at the end of the day we’d be NEC champs if we have it 100 percent and put everything onto the field,” he said. “I know what it takes to get to the playoffs. I wanted to pass that along to everyone else so more could have the experience.”

Camilo is still trying to figure out his future situation, and whether he will be able to play once again for the Sharks. “For now it’s up in the air, since I would have to take graduate years,” he said. “I want to come back, but if I can’t I will come back to help the coaching staff.”

Head Baseball Coach Dan Pirillo coached Camilo during his tenure with the Blackbirds. Pirillo believed Camilo made many improvements in his game to reach his potential.

“Andy has battled some injuries throughout his career,” Pirillo said. “This year he has worked hard to be healthy, and put himself in a good position to make the most of an opportunity.”

Pirillo said Camilo brought leadership to the table being as experienced in the game as he is. “He has always been learning and applying how to play at a high level.” he said. “Andy has a calmness about him that allows him to not be overcome by the moment, this has earned him the trust of his teammates and coaches in big spots.”

Tom Carti is the pitching coach for the Sharks. Camilo, being the starting catcher, had a lot of roles to play for the success of the team.

“In our program the catcher has a big role with pitch calling,” Carti said. “This is not common in amateur baseball, as coaches call pitches to the catcher.”

Carti believed Camilo was heavily valuable to the team due to his success and the role that he played in both programs.

“Andy is a student of the game, and he was even more valuable this year with our merging of Brooklyn and Post,” Carti said. “We take great pride in working with our catchers on game management. The pitchers respect Andy’s baseball IQ, and he works hard for them behind the plate.”

Published in Baseball, Sports and Uncategorized