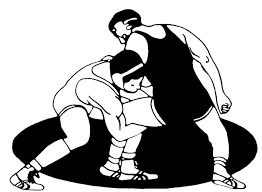 The wrestling team is preparing to compete in the Eastern Intercollegiate Wrestling Association Conference Championship, held from Friday, March 6 to Saturday, March 7 at Lehigh University in Pennsylvania.

Malico, a health science major, said he feels confident going into the tournament and that he and the team are well-prepared for the physical challenge that awaits. “I feel great, as a team we have been training one to two times per day,” he said. Malico said their training consists of running, lifting weights, doing calisthenics, yoga, and swimming.

Another athlete who is excited about the tournament is Horl, a history and secondary education major, who has watched the tournament since he was a senior in high school. “It’s awesome that I finally got a chance to wrestle in this prestigious tournament,” he said.

However, not all wrestlers on the team will compete during the tournament. TJ Franden, a freshman majoring in business administration, wrestled only half the season before he tore his labrum and needed surgery. Even though he won’t be able to compete, he hopes his team will be greatly successful.

“I am extremely proud of my teammates moving on to the tournament and wish them a win,” Franden said. Other teammates not competing won’t be able to travel with the rest of the team but are traveling on their own to support their teammates.

Although it’s the team’s first season in Division I, Horl is confident in his team. “Even though we are the newest team in the conference, there is no reason that we can’t hang with some of the best teams in the EIWA,” he said. The tournament starts at 11 a.m. on Friday, March 6.

Published in Sports, Uncategorized and Wrestling