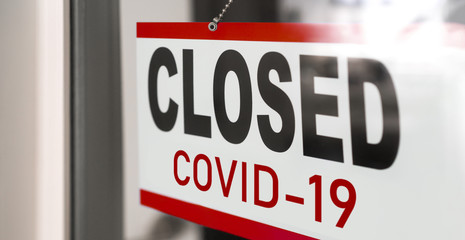 The new coronavirus has become a global pandemic, affecting local businesses, their employees and customers. Some businesses are considered essential during a stay-at-home order, such as liquor and grocery stores, delivery and mail couriers, and gas stations. However, businesses deemed non-essential were forced to close their doors until the state lifts its stay-at-home order, making it difficult for them to remain afloat.

“New small companies are struggling while big corporations whose actions affect our society on a macro level, including local franchises, are losing ground every day.” Justin Simon, a senior business administration major, said.

The virus is taking a heavy toll on local businesses, according to David Jalajas, a business communications professor. When he goes jogging around his neighborhood in the morning, he notices that very few shops remain open.

“Restaurants have tried to make up for the losses by offering take-out, but I doubt that it can begin to replace the lost business,” Jalajas said. “I’m happy to see that grocery stores, CVS and BJ’s are open. They allow me to get my supplies for my household.”

Jalajas admitted that he has popped into Dunkin Donuts for a latte and a free donut on Friday’s while social-distancing. “But I miss my local Starbucks,” he said. “It was a good place to hang out, grade papers, and chat with the locals. The upside is that I’m probably saving $100 per month from its closure.”

Jalajas is concerned for his youngest son’s theatre program, the Performing Arts Studio in Port Jefferson, which according to him, is a small theatre run by three wonderful people.

“They have year-long and summer programs for kids and adults, but it’s shut down for now,” he said. “I worry how they’ll pay their bills.”

Some are worried, like Jalajas, that many small businesses may not make it without financial help, especially places like his son’s performing arts studio. With profits at a halt, the bills continue to come in, making it difficult to survive.

“I don’t know how that business, and others like it, will rebound from the loss of business,” he said. “I wish I could be more optimistic.”

Jalajas is finding it hard to see the positives in any of this, as he believes many businesses will not have a happy ending.

“People seem to be friendlier when I pass them during my runs, but a lot of people are going to lose their jobs,” he said. “It’s going to take a lot of ingenuity to bounce back.”