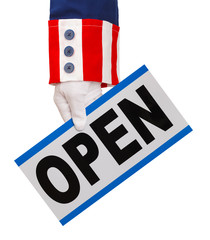 President Donald J. Trump released a three-phase approach on April 7 for state governors to implement and follow as they gradually lift stay-at-home orders and reinstate to a new normal in areas where COVID-19 cases are decreasing and ample testing is available.

Returning to regular activities will be a long process, and to prevent another outbreak of the disease, social-distancing measures could be in place until the end of the year, according to federal health officials.

Joseph Campisi, a sophomore biology major, said that while the economy needs to reopen ASAP, it’s important that people continue to take precaution.

The social-distancing measures are essential because people are still ignoring it, and if they continue to do so it’s just going to be extended even more,” he said.

Trump, although reluctant to do so, made it clear that state governors are responsible for carrying out the three-phase plan as they see fit and in accordance with data collected within their states.

Once a state obtains a steady decline of infection, along with enough equipment to carry out ample testing, phase one can begin. This phase continues the strict social-distancing measures while in public, avoidance of unnecessary travel, and gatherings of more than 10 individuals all remain discouraged.

Alexandria Price, a sophomore business major, is almost certain that finding a job will be tough once the pandemic measures are lifted.

“Once this lockdown ends, l think the economy will be really fragile, and won’t be normal again until a minimum of two years,” she said.

Social-distancing is further recommended in phase two, but travel can recommence and social gatherings of no more than 50 are encouraged unless precautionary steps are taken.

Breanna Boyce, a junior fashion merchandising major, said “l think the economy is going to be really hurt once everything slowly starts to open, and will take a while to recover from this virus.”

Phase three includes a return to business as usual, with the focus being on monitoring, identifying and quarantining new cases.

“I’m not too worried about how the economy will be when it reopens,” Lauren Ramierz, a junior accounting major, said. “l think the federal government will do what they have to in order to make sure our economy is fine, unlike other countries that have just overproduced money in times of recession.”

According to Federal Net Network, the plan suggested that states should pass benchmarks that look at incidents of new cases, testing and surveillance data collected over the previous 14 days before moving to the next phase. Each state will move at their own speed, and implementation of the plan will be dependent on if the state is decreasing its cases and has strong testing.

Larissa Caluori, a junior radiology major, said the level of unemployment is a signal that the country is in trouble monetarily.

“I’m going to guess the economy won’t be doing so well because nobody is buying things because they’re not getting paid, so there’s not much money circulation going on,” she said. “Over 10 million applied for unemployment in March following the closure of the economy… it will take a long time for the economy to recover from this.”