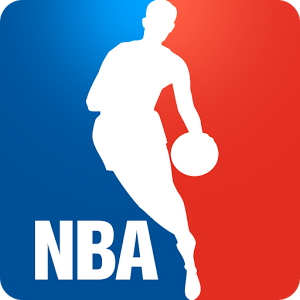 Well-known National Basketball Association (NBA) stars gathered for the 69th NBA All-Star Game on Sunday, Feb. 16 in Chicago, ILL. and this year, the game had a new format to make every quarter more competitive and to honor the lives of Kobe Bryant and his daughter Gianna “Gigi” Bryant.

The NBA All-Star Game is where top players are selected by a voting process through a panel of broadcasters, sportswriters and fans to compete against each other. The two highest ranked players become captains for the two teams. Captains then draft players from the voting process to create their team. This year, the two captains were LeBron James of the Los Angeles Lakers and Giannis Antetokounmpo of the Milwaukee Bucks. Coaches are selected by the two teams who lead their conferences. The LA Lakers coach, Frank Vogel, coached Team LeBron, and Nick Nurse, the coach for the Toronto Raptors, coached Team Giannis.

For the first time in NBA All-Star Game history, the three first quarters started with the score of 0-0 to increase the level of competition and make every quarter count, according to an official release made by the NBA on Jan. 30.
The team who won each quarter would receive $100,000 to donate to their selected charity. If the quarter ended in a tie, the money would be carried over to the next quarter’s pot. Team LeBron won the first quarter, and Team Giannis won the second quarter. The third quarter ended in a tie, so the money was withheld until the final quarter.

To honor Kobe Bryant, the basketball legend who lost his life on January 26 in a helicopter accident, the last quarter was not timed. Instead the first team to score 24 points from the leading team’s score would be victorious. Team Giannis lead the cumulative score of 133-124, making the target score 157 points.

Kelsey Wright, a junior childhood special education major, watched the All-Star Game and thought the format of not having a timed fourth quarter made the game more thrilling to watch than previous years. “Since the fourth quarter wasn’t timed and you had to hit a target score, it changed the dynamic of the game. Players were more attacking and forward which made it more enjoyable to watch,” Wright said. “It brought out the ‘mamba mentality’ in all of the players.”

As an athlete, Wright liked the tributes to the two Bryant family members, especially since Kobe Bryant was an important symbol for athletes. “Kobe was such an inspiration to not only basketball players, but to all athletes,” Wright said. “His hard work and dedication, the ‘mamba mentality’, is something that drove me to excel as an athlete.”

Sydney Pasquarella, a junior psychology major, also appreciated the All-Star Game’s tributes to Bryant. “Kobe was someone all athletes, as well as non-athletes could look up to,” Pasquarella said. “Bryant’s commitment was
something that everyone could implement in their lives, whether it be in sports, school, work, or anything, everyone should strive to be the best in what they do, which is what Kobe did.”

The game ended with a win for Team LeBron after they made a comeback in the last quarter. The final score was 157-155. “It was thrilling to see LeBron’s team make a comeback since LeBron has now taken the lead role on the Lakers, where Kobe retired from [in 2016],” Wright said. “It was a beautiful way to honor
Kobe,” Pasquarella added.