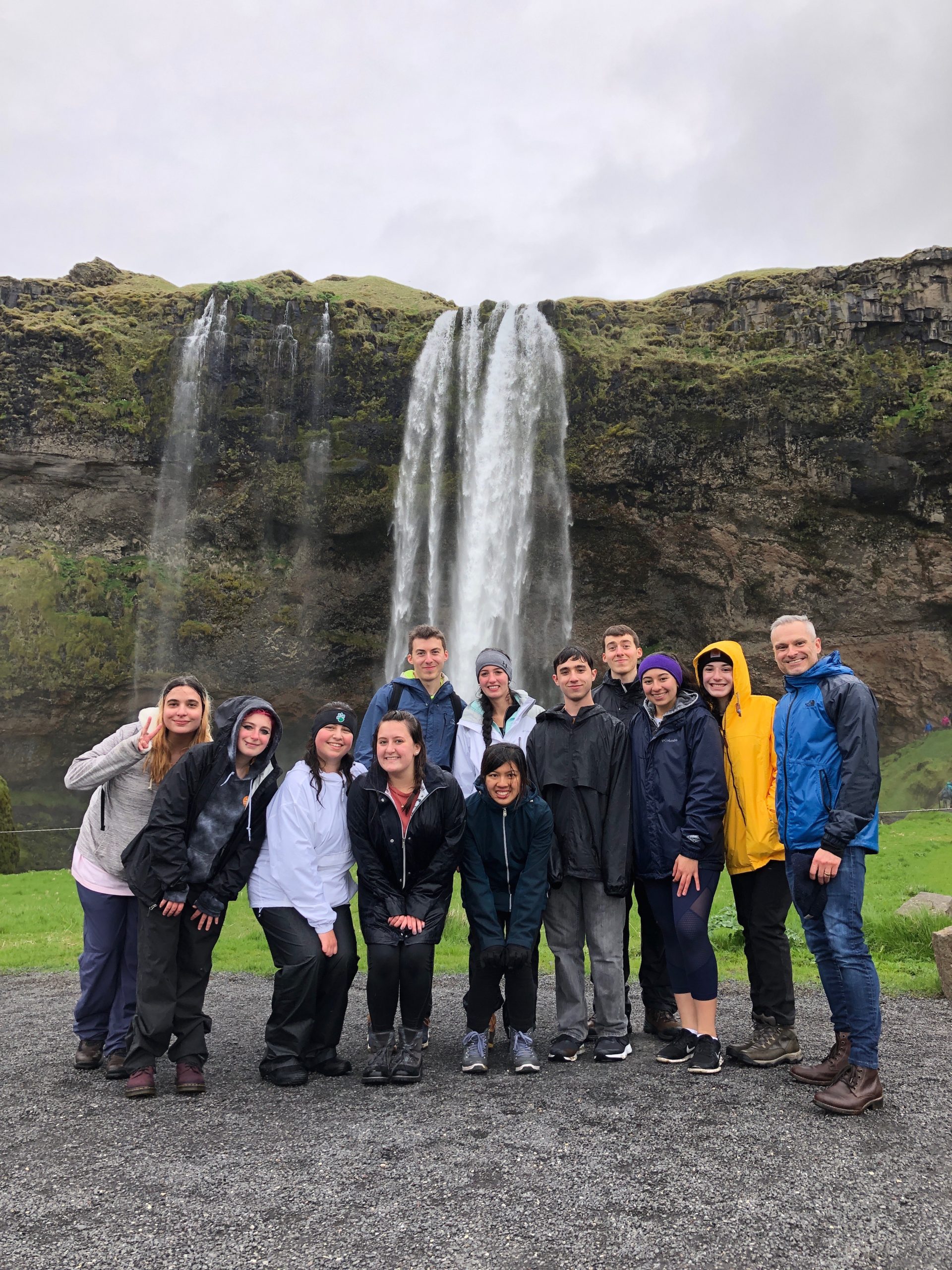 Students to Explore the Land of Fire and Ice Fourteen students will have the opportunity to study abroad in Reykjavik, Iceland on May 21 for 10 days to complete a case study on Nordic societies with Brian Sweeney, associate professor of sociology.

Iceland is named the “Land of Fire and Ice” because it’s one of the hottest travel destinations in the world, while also consisting of breathtaking features such as mountains, geysers, glaciers and waterfalls.

The course is formally called Global Cultures: Iceland – The Social Foundations of Happiness and can be taken as the three credit course SOC 35 Sociology/Anthropology SOC 35, which is cross-listed as Honors SOC 360 and Political Science POL 10.

Iceland consistently ranks among the happiest nations in the world, and as of 2020 is
fourth on the World Population Review’s ranking. The trip’s purpose is to explore the social foundations of well being in Nordic culture. The students’ mission is to figure out if Icelanders are as some people expect them to be – emotionally one with themselves.

During the trip, students will attend lectures and workshops with Icelandic social scientists who are experts on areas related to the Nordic society’s high levels of life expectancy, social cohesion, and political freedom and equality, according to Sweeney.

Students will also get free time to walk in completely safe areas to search and explore
museums, historical sights and tours that will lead them behind waterfalls and up steep hills. “We’ll learn about government and politics, healthcare, the environment and education in Iceland,” Sweeney said. “We’ll even learn, for example, why Icelandic team sports consistently do well internationally, ‘punching above their weight,’ and outperforming teams from much larger countries.”

The entirety of the trip will be in daylight, including the nights. The sun sets around 11
p.m. and rises around 3:45 a.m. In Iceland, the sun never drops far enough below the horizon for the sky to get dark.

“Even at 1 a.m., it’s pretty bright; similar to an overcast day on Long Island,” Sweeney said.

Iceland is beautiful and weird, according to Sweeney. As soon as you leave the airport, the landscape is unlike anything seen elsewhere.

“It’s like you’ve landed on the moon or another world. It does not disappoint,” he said.

Students pay for three credits of tuition with a 10 percent discount to study abroad,
which is about $3,000. They are also responsible to pay anywhere from $550 to $750 for
airfare, as well as a travel fee of about $1,300, which includes all transportation, hotels, tours and museums.

Students interested in this event can visit the course website at https://liuiceland.weebly.com/, which offers a detailed explanation for each component of the trip. Those who have questions or interest can email Sweeney at brian.sweeney@liu.edu or call him at (516) 229-2456.