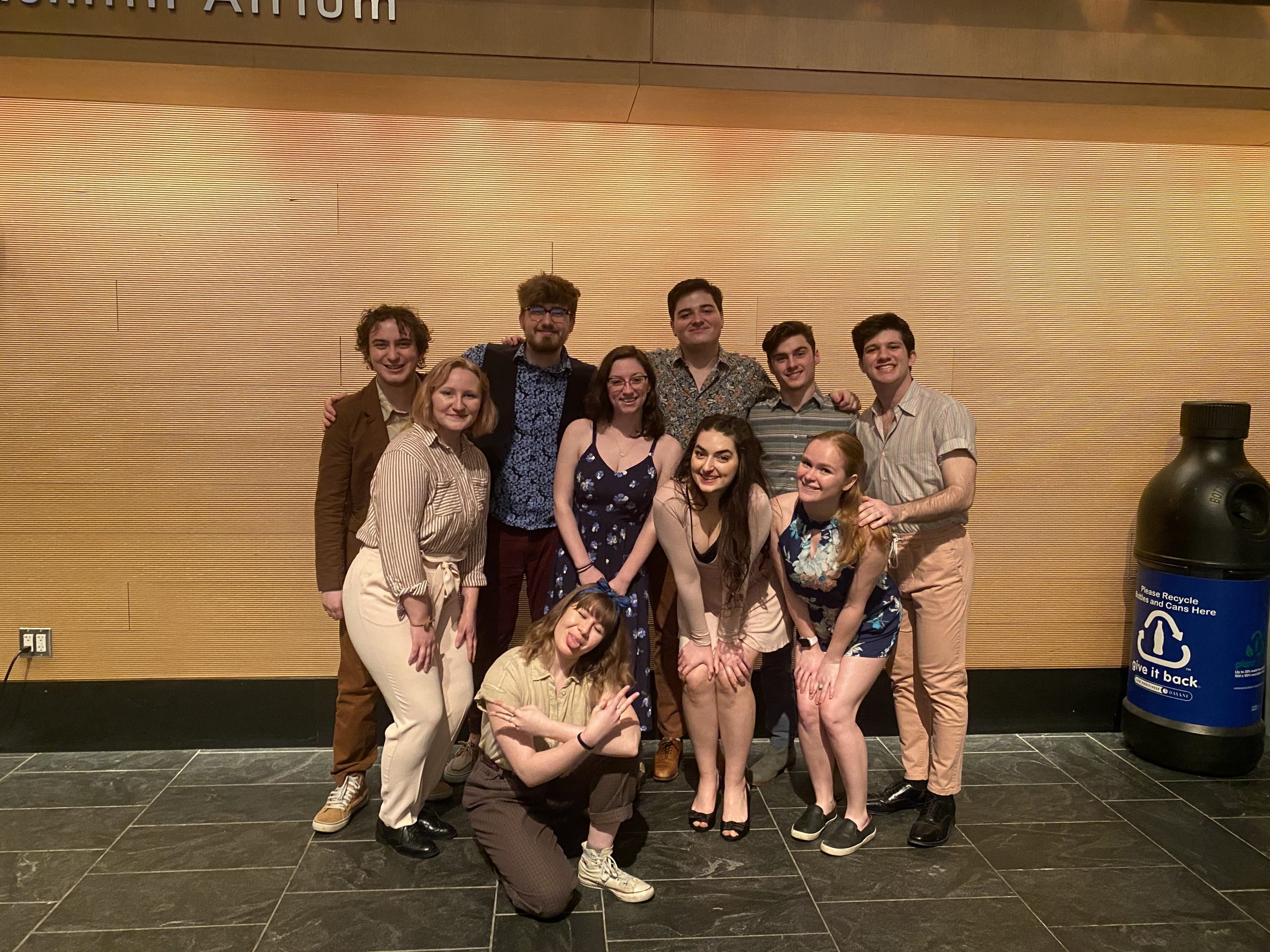 Students can anticipate a rare occurrence from the Post Theatre Company. “The World Goes Round” is a musical revue wherein musical theatre students will perform songs by composer John Kander, and lyricist Fred Ebb.

“The show is a musical revue of Kander and Ebb music which premiered in the 90s, featuring numbers from ‘Chicago,’ ‘Kiss of The Spider Woman,’ and ‘Cabaret,’ to name a few,” Mary Harrel, a sophomore musical theatre major, said.

This show is filled with comedy, drama and romance, according to the cast members. Though the show lacks a plot due to its revue style, all dialogue occurs in song, and five actors perform numerous parts. As a result, the tunes transition smoothly into each other, but are not codependent, allowing the audience to appreciate each number as a stand-alone, according to the original choreographer, Susan Stoman.

With minimal set pieces, backdrops, and costumes, the true color and life added to the show is from the exuberant interpretation of the characters in the cast, according to Harrel.
As each number comes and goes, a picture of modern life is painted.

The creative team took things as they went along during the rehearsal process. Anna Betteridge (‘16) is an alum of the theatre company, and is excited to be the choreographer for the show.

“I’ve been collaborating with Paul Johnson, director, and had the pleasure of having current junior Danny Walsh as a choreo assistant,” Betteridge said. “We have a variation of styles and tastes, but we’ve been able to mash those styles up and incorporate lots of different components to the piece.”

“Working with my peers and fellow classmates has been such a joy.” Walsh said. “Getting to watch my friends in action, applying their training, and committing so beautifully to the world of this show has been an unforgettable experience.”

“We’ve been having a lot of fun, but I also have had this great opportunity where I get to play with dance and movement as I learned it here at Post, this atypical physical process has really meshed well with the music in the show, and I’m really excited for an audience to see this unique collaboration.” Betteridge said.

Though this is PTC’s second production of the spring 2020 season, it is also the first time the company will stage a performance in the Krasnoff Theatre under its new name. Performances will take place from Friday Feb. 21 to Sunday, Feb. 23 at 7:30 p.m. Tickets are available online at tix55.com/ptc700. Tickets are $15 for general admission, $10 for seniors, and $10 for students with a valid university ID.