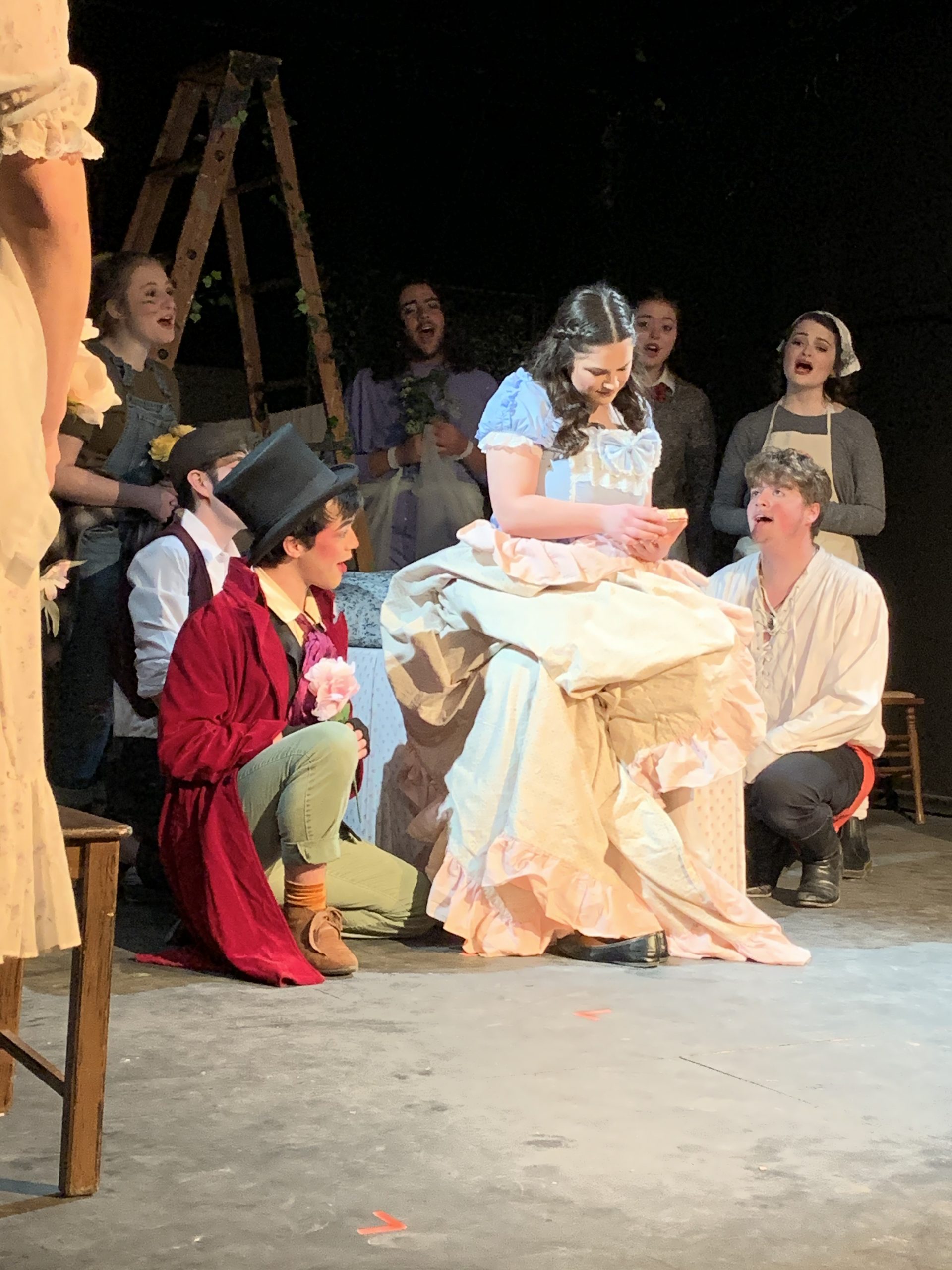 Originally a novel by Lewis Carroll, the concept of “Alice in Wonderland” was published in 1865 and has since been adapted through numerous films and plays. On Saturday, Feb. 22, freshman musical theatre major Kevin DiCarlo directed an adaptation by Andrew Barbato and Lesley Anderson in the Rifle Range Theatre.

DiCarlo staged his production of “Alice” as part of the spring 2020 season for the Emerging Student Theatre Artists (ESTA). He proposed directing “Alice” because he was in a production of it in 2018. The musical was directed by Lauren and Stephen Markarian, who were both a part of the original cast of “Alice.”

“I’ll be honest, I cried,” DiCarlo said when remembering how excited he was to find out that ESTA approved his musical.

The opening show was at 2 p.m., and ran for approximately two hours. “Alice” follows the journey of a 13-year-old girl through a fantasy world she discovers after following a rabbit obsessed with being on time for an unknown event. Alice tries to shrink herself to get through a small door and eventually ends up in Wonderland. She meets a ship captain and wants to sail to a beautiful garden owned by the Red Queen. Once on land, she meets a peculiar caterpillar who helps her grow to a normal human size and points her towards the garden. As she walks, she meets various humans and creatures, such as the Mad-Hatter at his tea party and Tweedle-Dee and Tweedle-Dum during their battle over who is the losing brother. These unique characters assist her in getting to the Red Queen’s kingdom to finally see the garden.

Once at the Kingdom, Alice realizes that the Red Queen rules her people by threatening to behead them. She stands up for the creatures of Wonderland and asks to see the queen’s garden. At the garden, she realizes the glorious flowers are actually dead and painted red, symbolizing Alice’s beliefs on what the real world should be like. The flowers then fully bloom as Alice realizes she must grow up and continue her life in the real world with her mother and older sister.

“What inspired me to do this show is the message,” DiCarlo said. “That growing up means taking hold of the things you dreamed of as a child.” The production had intricate costumes for nearly every character and a detailed set that consisted of boxes decorated with a rose print and a decorated staircase. The cast worked with actions, dialogue, song, and facial expressions, so there were not a lot of props or set changes, according to the director.

Although DiCarlo has never directed a show before, he put in a lot of effort to refine the show and work with a cast primarily of freshman. “[The cast] made the whole process worth it for me because I got to see them … reap the benefits of the work they put in on the stage,” DiCarlo said.

With every new scene, song, or character arrival, the audience was eager and enthusiastic to see what would happen next in the musical. When Absalom the caterpillar walked on stage: the audience screamed with joy. The white rabbit and mouse captain brought members of the audience out of their seats to dance during one of the numbers.

“It was a great experience,” freshman musical theatre major BrayLynn Willis said. She played the white rabbit in this musical. “Our whole group put in so many hours and seeing everyone become their character and have the audience be so receptive to it was amazing.”

As the final bow occurred, signifying the end of the musical, the audience gave the cast a standing ovation.