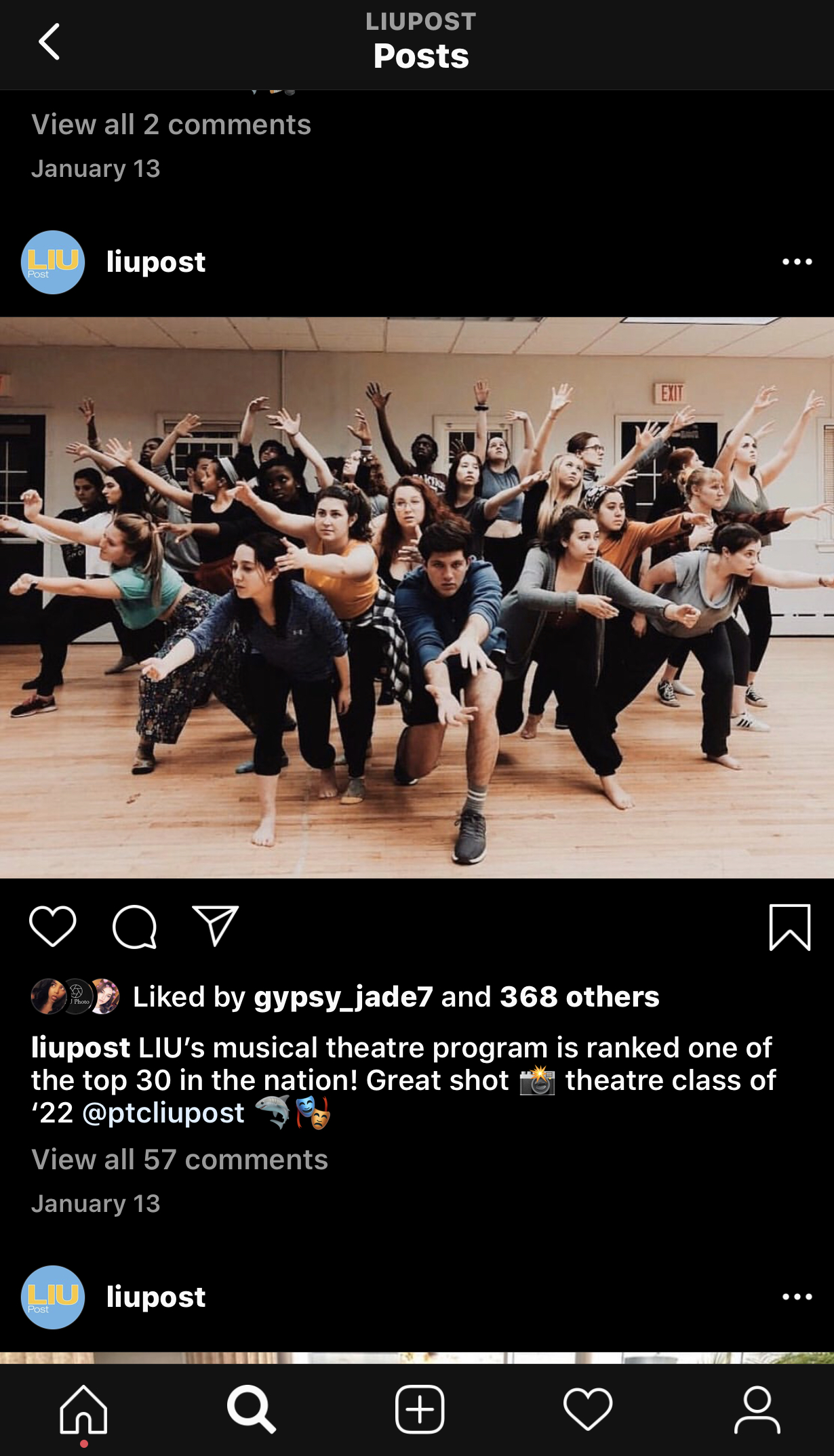 While Post Theatre Company consists of approximately 180 students, their rehearsal and class facilities are comprised of renovated horse stables that cannot sustain the growing program.

David Hugo, director of the musical theatre program, attended a budget and finance meeting in New York City over winter break. “I was there as part of the faculty senate and was introduced by President Cline to Joseph Schaffer so that he and I could make a future meeting to talk about making a plan to fix the facility in the future,” Hugo said.

Maria Porter, the director of the acting program, and Hugo awaited a phone call from Schaffer to schedule a meeting on campus. When Schaffer called, he asked Hugo why Post’s theatre students were commenting about the conditions of their facilities on Instagram.

Many of the comments emphasized the lack of space in the theatre, film and dance building, where there are only four rooms for the students to use for both their classes and production rehearsals.

Hugo checked Instagram and looked at student comments on Cline’s post of congratulations to the company for ranking top 30 in the nation by Onstage Blog.

Over 50 people, many of whom are part of the theatre company, commented under the post, and even reposted it, claiming that Cline does not support the theatre program.
Cline’s post was deleted later, but the @liupost Instagram account still has a post recognizing the company’s achievement. The comments under the post primarily consisted of statements claiming that the facilities are too small and unsafe, and that the administration is doing nothing to resolve the issue.

“I was shocked because of the way people were speaking so personally and looking negatively at our department,” Kamerann Burney, a freshman musical theatre major, said. “I don’t want comments to negatively affect our department.”

Hugo addressed the situation with his students at the beginning of this semester.

“He thanked us for our honesty and our opinion and for being brave and speaking out because that’s what artists do, push boundaries,” Burney said.

“They [the theatre staff] were very proud of us and they said, ‘just in the future, if we do something like that to be as positive as we can,’” she said. What we didn’t know is that change is happening. We were frustrated over information we didn’t have.”

Hugo believes that the theatre students were wary because plans for the development of the program have and will continue to take time. He also urged his students to refrain from restoring to social media until they have made the efforts to meet with senior administration about their concerns.

“I think that the school is making the necessary moves to give us [the theatre company] the space we need,” Hugo said. Hugo had no comment on the specific changes the theatre program will receive next year because plans are still being developed.

Further plans for the program facilities will be addressed in the 2020 master plan. The release date for this plan is still in flux.

Ed Weis, the vice president of academic affairs, held a meeting with some of the theatre students to discuss their concerns and help find solutions.

“This can serve as a teachable moment for us all that direct dialogue is the most effective way to address issues,” Weis said.

When the renovations and space are ready for the program, Hugo knows the department will enjoy the changes. Until then, the program will continue to use the facilities as they have before, with more in-person communication rather than on social media.

“Patience and being positive is really important so we can keep growing and keep producing working talent,” Hugo said.

Although the theatre company underwent a miscommunication with the faculty over the administration’s support for the program, students are hopeful that developments will be made to accommodate one of the largest programs on campus.