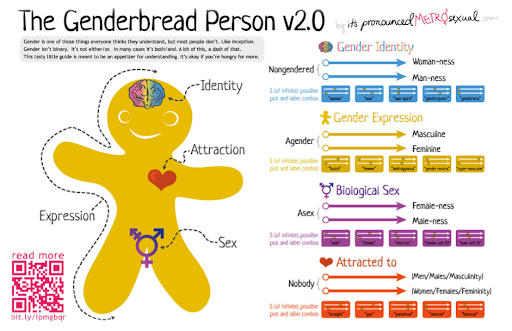 ‘This Is Who I Am’: Transgender Students Speak Out Tai Rosten, an undeclared freshman, transgender student, faces her deadname everyday in order to access her school services and accounts. Her daily struggles are unique, unlike those encountered by students who were born comfortably in their own skin, and only a few on campus experience these obstacles alongside her.

Transgender is the term used by people of the lesbian, gay, bisexual, transgender and questioning (LGBTQ) community who do not identify with the sex of the body they were born into. A deadname in the LGBTQ community is the birth name of someone who identifies as transgender and decided to change their name to better fit their true gender identity.

Those whose gender identity matches the one they were assigned at birth are described as cisgender. Rosten, who uses the she and her pronouns, identifies as a transgender woman.

“All it means is that in the same way cis people inherently know their gender, so do I,” she said. “Despite being born a boy or having XY chromosomes, I’ve never felt as though I was a boy at all.”

Kelly Coar, a junior stage management major who uses the pronouns they and them, identifies as nonbinary, which falls under the transgender umbrella and refers to those who do not identify as male or female. Being nonbinary has kept Coar outside of a box that never allowed them to feel fully accepted or comfortable.

“Identifying as a nonbinary individual means being the person I want to be and feel I am without the influence of gender and social roles,” Coar said. “It is also a community of people who understand the struggles I have faced in a way many people do not.”

Sky Hicks, a senior musical theatre major who uses the pronouns he and him, identifies as a transgender male, but prefers avoiding terminology that acknowledges a particular sex.

“Basically it means I am a guy; I identify as such,” Hicks said. “I personally don’t like to be referred to as female to male, often shortened to FTM, because I want to distance myself from that label.”

Gender is viewed today as a lot more than just female and male, and is thought of as a spectrum, according to many members of the LGBTQ community. Gender is not synonymous with sex, and often refers to a person’s social identity, while sex refers to biological characteristics. Not all people fall under one of two categories for sex or gender, according to The Associated Press.

In addition to all the different known labels that exist, Hicks said there are so many more that are unknown simply because people are discovering what terminology they personally feel comfortable calling themselves.

There’s the general umbrella term, transgender, which most accept to be an overarching term to cover binary, nonbinary, and all others who identify separately from their birth sex, according to Hicks, who added that it takes some people a while to find the gender identity that fits them well.

There are all kinds of pronouns that someone can use, and understanding what they mean can be somewhat complex, as they change depending on the person, according to Coar. She and her are usually used by female-identifying people, whether cisgender or transgender. He and him are usually used by male-identifying people, whether cisgender or transgender. They and them are nonbinary pronouns. People can also use a combination of the pronouns depending on their gender identity. For example, someone may use the combination of she and they, he and they, or she, they and he, Coar explained further. While the world has progressed in many ways over the last few decades, there are still many situations that transgender and nonbinary people face daily that cisgender people don’t usually think about. For instance, when Rosten logs into Blackboard, signs into MyLIU, uses her school ID, or receives mail, her deadname is still listed.

Being addressed by a deadname can be triggering, according to Rosten. Seeing the wrong name on school documents like Rosten has can be upsetting.

Coar is consistently struggling with presentation, including how they dress or act, which is usually determined day by day. On days they feel more masculine, it can be a task for them to present that way. They also worry about not being masculine enough. Sometimes, when presenting as traditionally feminine, nonbinary people like Coar worry about people assuming they’re a woman, even though they don’t identify as such.

Coar, along with others in the LGBTQ community, struggle with coming out about a sexual or gender preference and not being accepted for who they are.

“There is also fear, so much fear. You never know how someone is going to react in public,” Coar said. “On the other side of that, being a visibly queer person can empower queer people who aren’t out, or visible, or haven’t come to terms with it yet.”

Hicks is in conflict with his ability to connect with his own body, so much so that he avoids his own reflection. At times, he does not recognize the person looking back at him, leaving him with an unshakable feeling of dread.

“I struggle looking into mirrors…because if I look in the mirror on a day where I’m already feeling down, I’ll only be able to focus on the things that aren’t masculine enough about me,” Hicks said.

On a similar note, Hicks worries about which bathroom to use while on campus because he’s concerned about how others will react. His fear depends on what building he’s in and who he’s with at the time.

“If I’m in a place I feel safe, like the theatre/film building, I’m perfectly comfortable using the men’s restroom,” Hicks said. “If I’m in Hillwood, I will wait for one of the two single-stall restrooms near Campus Concierge, but I’ll do so around the corner and wait for whoever was there to be out of sight before I go in.”

Rosten also struggles with connection to her body, along with gender dysphoria, a condition in which a person identifies as a gender opposite of their biological sex.

“As a trans person that is almost always perceived as her correct gender, I don’t think cis people understand what it’s like to feel like you look like a guy when you objectively don’t,” Rosten said. “I’ve had bad days where I’ve spent hours picking apart every aspect of my appearance and personality and literally convincing myself that no one sees me as a girl even when that is simply not true.”

These aren’t uncommon struggles among the LGBTQ community, according to Rosten, but both cisgender and transgender people “often act like once you start passing as your real gender instead of your assigned one, all of your dysphoria just kinda goes away,” she said.

While cisgender people can never fully understand what transgender and nonbinary individuals go through, the growing LGBTQ community encourages everyone to educate themselves on the subject. As a community, LGBTQ’s have a high suicide rate, according to Hicks, but that rate goes down with support from family, friends and peers.

One thing that Hicks really wants people to know is: “I If I say something is offensive, it probably is. There are terms that were widely accepted in the past that are considered slurs to most, and there are harmful stereotypes that still exist in the media today. There was even a man in a dress trope in the Trolls movie a few years back. We need to stop perpetuating stereotypes and concepts such as this because it only holds us back as a society. It turns being trans into a joke for people to laugh at—and that’s not okay.”

Coar agreed with Hicks’ statement in the fact that what their community is requesting is just basic human decency, and that everyone should respect others the same way they want to be respected in return. Also, more education and respect means safer spaces for people to come out and embrace their true self.

“This isn’t just some frivolous thing. This is who I am,” Hicks said. “This isn’t a matter of opinion, like if you like the color yellow or not. This is literally who I am as a person, as an individual. It’s inseparable from me. You can’t take a ‘hate the sin, love the sinner’ approach here when it’s literally my life.”

Editor’s Note: This story could not have been written without the help and education from Tai Rosten, Kelly Coar and Sky Hicks.