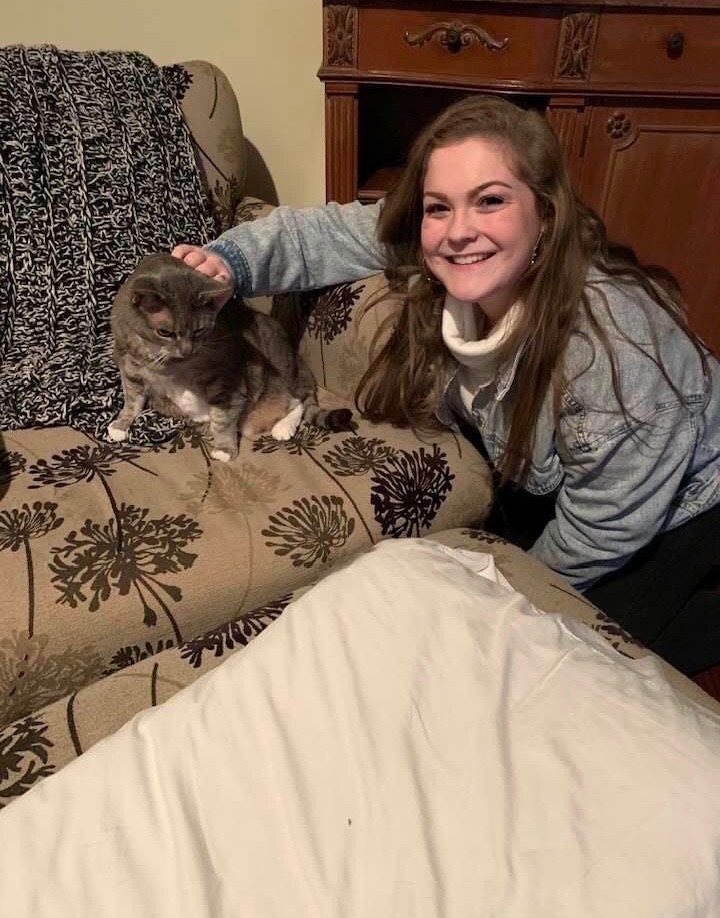 What Students Are Binge Watching While Social-Distancing

Gov. Cuomo announced that 100 percent of New York’s nonessential workforce must stay at or work from home on March 21. This announcement and the strong encouragement to practice social distancing has left many students binging TV shows to pass the time.

“This is literally the third time I’ve watched ‘Gilmore Girls’” she said.

Some students have turned to rewatching shows as a way to distract them from the current situation. Margaret Levin, a senior musical theatre major, has been rewatching “Parks and Recreation” with her seventeen year old cat.

“I’ve watched ‘Parks and Rec’ countless times, but I love how it never fails to make me laugh and smile” Levin said.

“[It’s about] a family in Chicago that struggles with their crazy dad and poverty,” she said. Watching Netflix, crafting and hiking have been getting Herkomer through this time.

Levin agreed with Herkomer and said she has been coping with the situation in various ways.

“I’m working out through the Peloton App, going for long walks, trying to enjoy the nice weather in my hometown, and binge-watching shows of course.”

“[I] have watched Grey’s Anatomy too many times already,” Levin said.

Some professors have also turned to television as a way to pass the time. Mary Piglicelli, adjunct professor of English, has been watching “Little Fires Everywhere.”

“I read the book with my book group, so I’m interested in seeing how it’s been translated for television. I think that this story speaks so strongly about privilege, about who belongs and who gets to be seen as fully human… and who doesn’t,” she said.

Pigliacelli has also been coping by being productive.

“I am working a lot, getting the Writing Center fully functional online and teaching my class. This has been very helpful because I know for me, boredom can definitely be an enemy.”