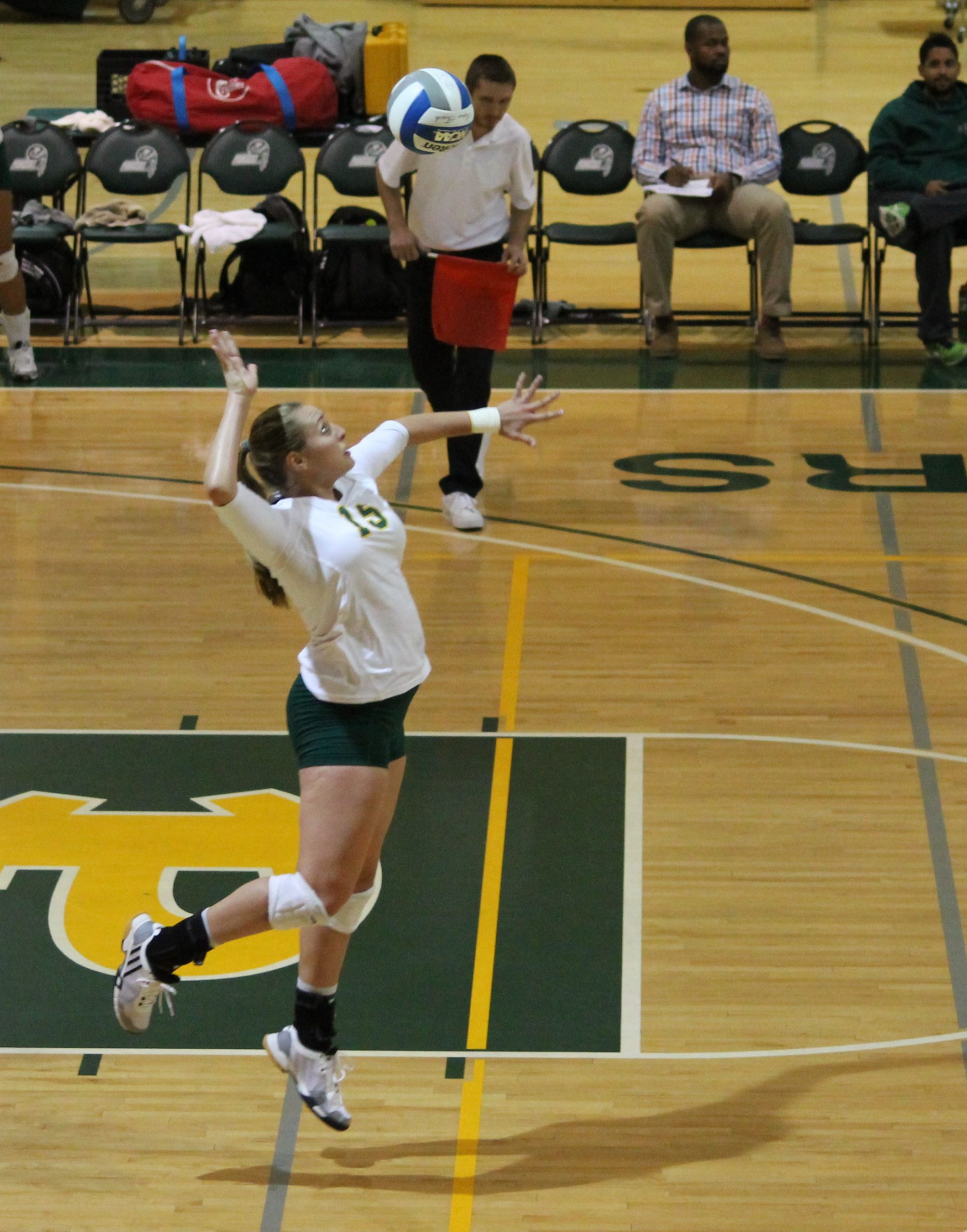 The Pioneers served up a weekend set of games starting on Saturday, Oct. 10, against Daemen College from the Pratt Recreation Center.

The Pioneers came in with a four game winning streak, but that streak was snapped when Daemen outlasted the Pioneers in five sets. With the score knotted at two, and the victory just one set win away, Daemen and LIU went back and forth until Daemen scored eight out of ten points en route their 3-2 match win.

The Pioneers returned to the court on Sunday, Oct. 11, to play Roberts Wesleyan College. Perhaps eager to get back into the win column, the Pioneers dismantled Roberts Wesleyan in three sets. The team set the tone from the first set, as it dominated and won by a score of 2-11.

The next two sets went like the first one, as the Pioneers cruised to a 3-0 victory. Sophomore outside hitter, Danielle Rachel Londot, totaled nine kills to go along with six digs.

The Pioneers are back at it again on Thursday, Oct. 15, when they play Mercy College at their house. Game time is scheduled for 7 p.m.