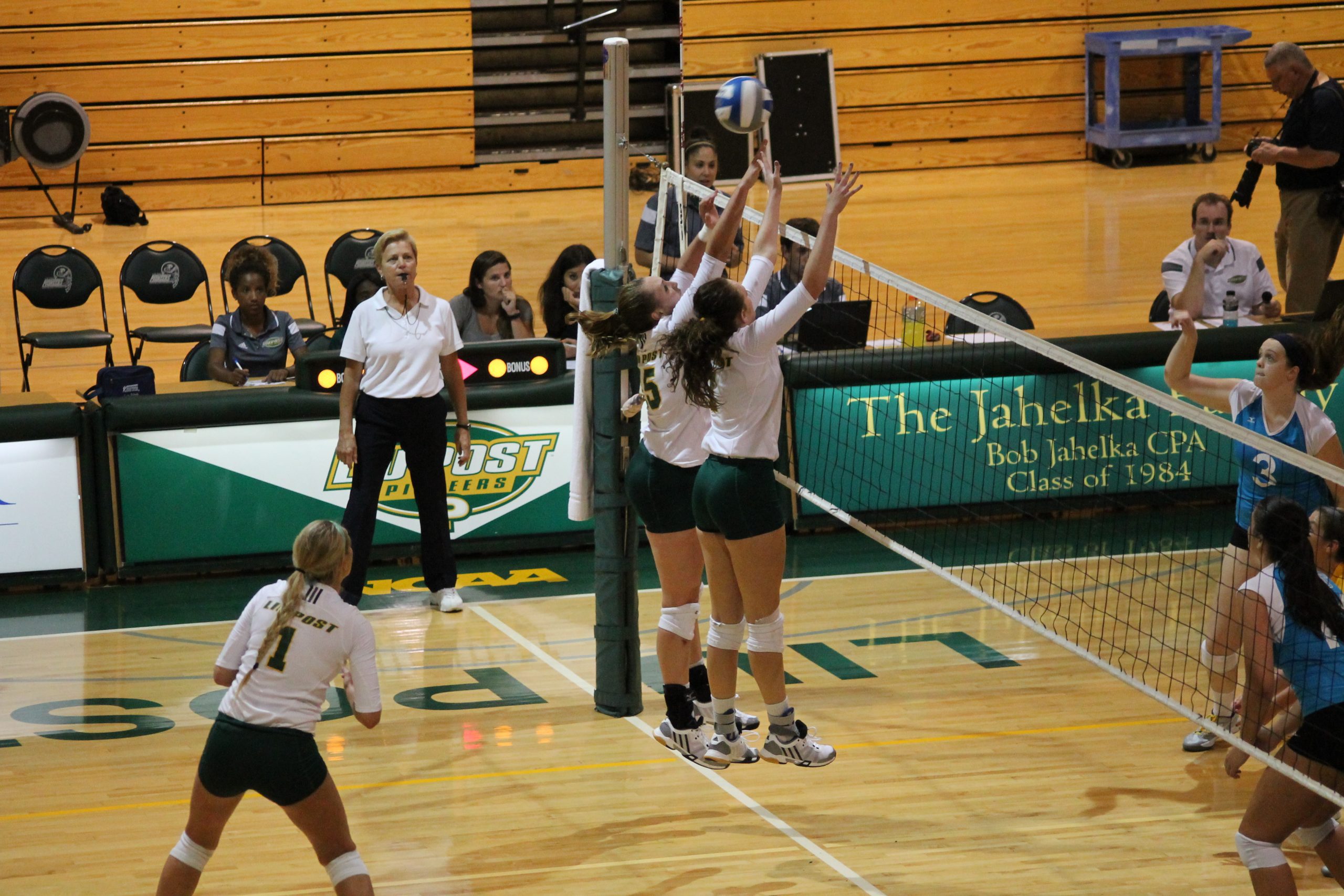 Coming off a weekend where they went .500, the women’s volleyball team wanted to add numbers to the left side of the ledger as they welcomed teams to the Pratt Recreation Center. The Pioneers did exactly that, winning their pair of games easily, only dropping one set in two games.

In the hard fought first set, the Pioneers were able to squeak out the victory 28-26 and take control of the match. They took the next set rather easily before dropping the third set by a score of 25-23.

En route to their win, freshman setter, Genna Giulia totaled 52 assists as well as 14 digs, while Hansen amassed 13 kills to lead the Green and Gold.

The team returned to the court a few hours later to face Holy Family University who was searching for the second win of the year.

The Pioneers, looking to build off their win earlier, completely outplayed Holy Family on all levels and coasted to the 3-0 victory, winning 25-20, 25-9, and 25-13 in their sets.

Junior middle hitter, Taryna McCulloch, totaled a match-high nine kills while sophomore outside hitter, Danielle Valenza, finished one shy of McCulloch with eight kills of her own. In addition to her eight kills, Valenza also had seven digs to add to her stat line. Senior libero, Rachel Ringor, added 11 digs while Londot one-upped her with 12.

The Pioneers and Head Coach Shellane Ogoshi return to the court on Thursday, Sept. 24, when they will be greeted by Molloy College. First serve is scheduled for 6 p.m. from Rockville Centre, N.Y.