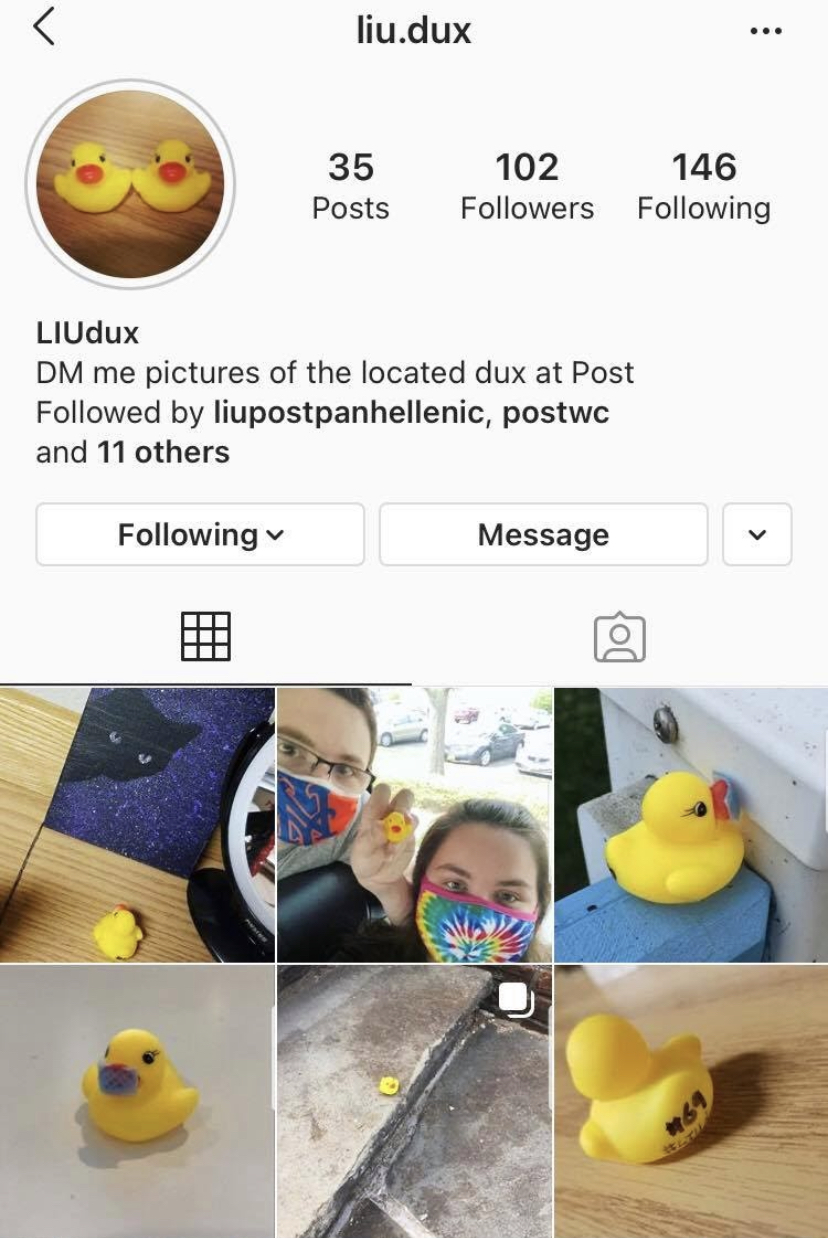 Since the beginning of the fall semester, several students have noticed the appearance of small, yellow, rubber ducks across campus. The scavenged ducks were each marked with a number as well as the name of an Instagram account: LIU.dux. The account is the source of the mysterious ducks strewn about campus, and posts photos of the duck-discoverers. Several students have already found the elusive ducks that directed them to the Instagram page.

“I found out about the account when I got lost on campus actually. I had gotten turned around and ended up at the labyrinth I think,” Jenna Fisk, a freshman digital art and design major said. “I thought it looked pretty and was there early so I did some exploring and found the duck on the staircase, then found the account because of the writing on it.”

Katie Zarka, a sophomore art therapy major, said that they “saw the LIU.dux account at first on Instagram,” and that they “found [their] duck over at Winnick Mansion next to the rose garden.” Zarka found duck #70.

Similarly, Kara de Bruin, a freshman childhood education major, said they heard about the account from a friend and ended up finding their duck on a sign around campus.

Shayla Kaim, a freshman childhood education major, found one of the elusive ducks when she was walking with her brother.

“My brother and I had no clue about the whole situation,” Kaim said. “We were actually just walking and spotted the duck on a picture frame in the basement of the library, we saw the duck had the #liudux on it so we searched it up and found the Instagram page.”

Despite the numerous duck findings, the LIU.dux Instagram page said that they have “98 [that] need to be found.” The owner of the account is not known, nor is the purpose of the ducks aside from being an entertaining activity to liven up the campus, but they remain active in updating their audience on the status of located ducks. Not to worry; the ducks wear masks to adhere to campus policy.