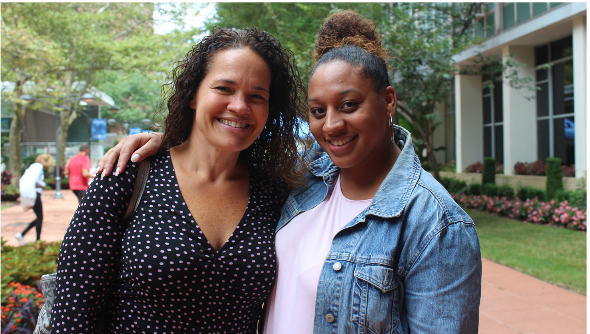 Familiar Face Takes Over as University Chief of Staff

In an email to the LIU com-munity on May 7, Chief Administrative Officer John Schaefer announced that Hayes would as-sume the role of Chief of Staff and University Relations. In the same email, it was announced that Post campus Dean of Students Micheal Berthel was promoted to Executive Dean of Students for both the Post and Brooklyn campus.

“Jessica Hayes is intelligent, hard-working and committed to LIU,” Cline said in an email to The Pioneer. “She is a great example of someone who graduated from LIU, started her career at the University, and proceeded to perform well, eventually earning her position as Chief of Staff. She is an asset and I appreciate all she does each day to make LIU better.”

As chief of staff, Hayes is responsible for to day operations of the president’s office and ensures the university is on track of their strategic plan. Through the university relations role, Hayes contributes to projects such as the Sanford Institute, which works with elementary schools in California to roll out learning philosophy programs; and the Theodore Roosevelt Institute, which provides valuable resources and archives of President Roosevelt’s prolific writings, including journal entries and letters and is a part of the new School for Professional Studies at LIU.

“These projects are exciting as they allow me to continue to build upon our strategic university partnerships,” Hayes said. Her role is “amazing, incredible,” and there is something new .

“For so many years I’ve worked wanting to help make LIU a better, stronger place. I’ve done that on the front lines with students on the campus and now I have an opportunity to expand the way in which I make students’ lives better,” she shared.

Hayes is aiming for success in her new role, crediting her long history with LIU as a foundation that gives her a macro-view of the entire operations of the university.

Hayes has been a member of the LIU community since her undergraduate years. A student-athlete from Northport, Long Island, Hayes played field hockey as a Post Pioneer while earning her degree in pathology. In 1994, she decided to be a resident assistant and spent two years in that role. “Life changed for me,” Hayes said. “That [being an RA] really transformed my career path in a way that I didn’t even because they didn’t even have a degree in Higher Ed back then. I really fell in love with Higher Ed and working on a college campus.”

After graduation, Hayes had the opportunity to be a residence hall director. She was in charge of Riggs Hall and worked fulltime while she pursued her masters in school counseling.

Every two years, Hayes was offered another opportunity to rise in the ranks at LIU. She held several positions across resident life and housing while completing her doctorate in education leadership. Before moving to the Brooklyn campus five years ago, Hayes served as Associate Dean of Students at Post under then Dean of Students Abby Van Vlerah.

“I’ve got 16 years experience at Post, five at Brooklyn, and a love and passion for LIU,” Hayes said. “Altogether it brings me in the right place to be able to help forward and make us a national teaching institution, trying to elevate our academic reputation and make this a destination where students want to be. What better work to do than that ?”

Hayes doesn’t find her new job to consist of extra work or stress. “When you find something you’re passionate about, it doesn’t feel like it’s more work it feels like opportunity and excitement,” she said. “I’m made to work hard I think it’s not hard, it’s being persistent, consistent and positive. Those are my strengths. It’s vigorous, so we have to put good work in to make sure we’re going to get results for students, but that feels exciting to me.”

Dr. Hayes’s new office is located in Hall at University Center. But she tries to go to campus as much as possible to see students. She attended move-in, orientation, welcome back and convocation for both campuses this semester. “It’s like Game Day. You see students yell and scream and be excited, to me that feels like it’s what it’s all about,” she said

For students both old and new coming to campus this semester, Hayes leaves this advice: have a mentor. One of the keys to her success has been through mentorship. “When I speak to students I always ask them, do you have a mentor? Have someone in your life that you can reason things out with, that can help with decision making. When you know you’re not alone, it’s so much easier. Knowing you’re not alone and finding a mentor is critical.”

Gabrielle Bernadotte, who graduated in August 2019 with an M.S. in pathology, worked under Dr. Hayes as an RA and recalled how uplifting she was. “She made those long and hard-working days worth it. She really became a mentor I could speak to about things besides school,” she said

makes herself a resource to every student and encourages students to reach out to her before they actually need her. “Let me get to know you before you need me, because then when you need me, you’ll get me. But if you only know me when you need me, it limits our ability. If I can be that support for you, sign me up.”