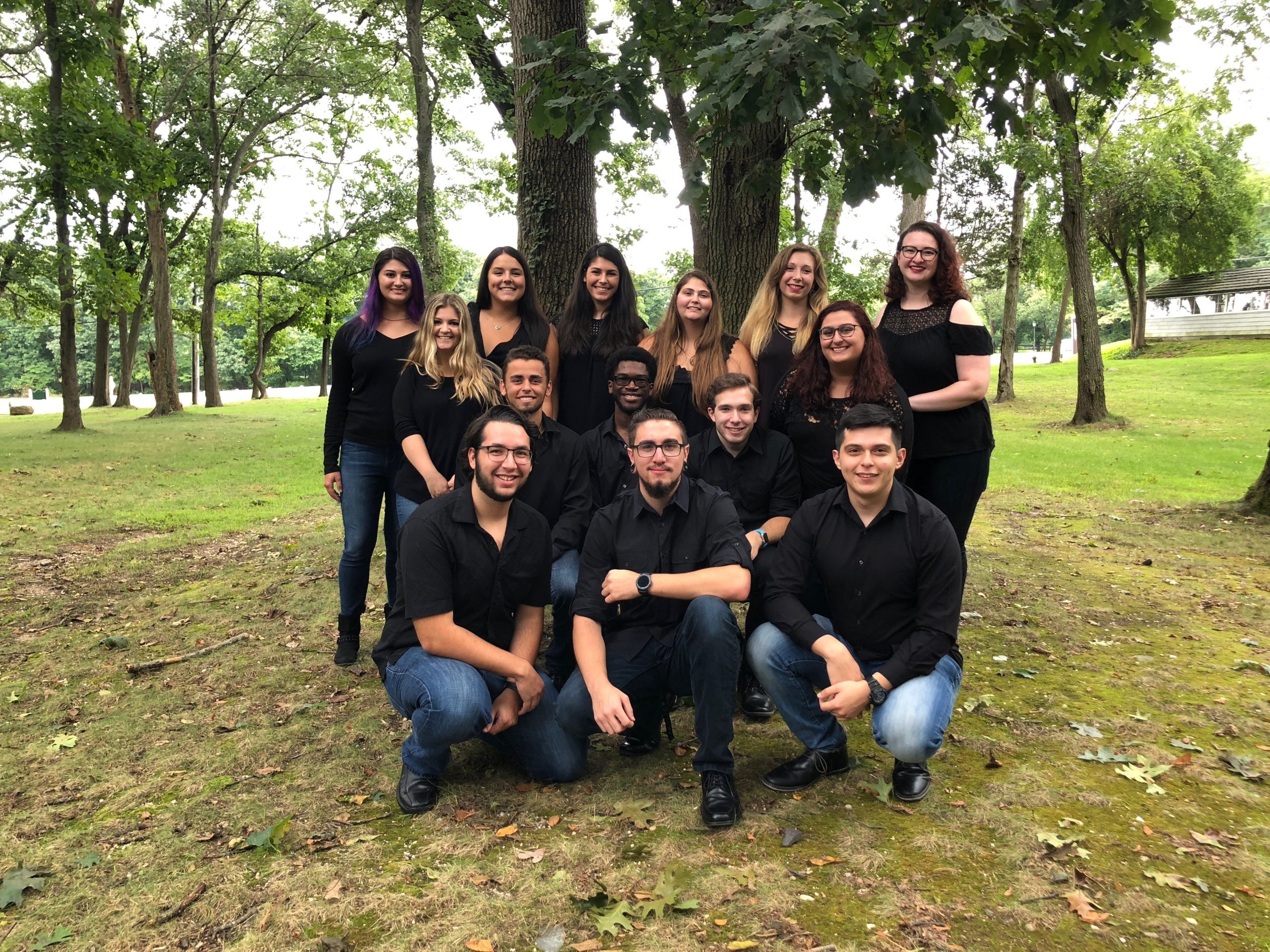 Three music ensembles will embark on a tour to Spain and France from July 22 to 30 to perform at several festivals.  There will be 46 attendees on the trip, including student musicians from Long Island Sound Vocal Jazz, Women’s Choir and Saxophone ConClave performing at the San Sebastian Jazz Festival in the Basque region of Spain. Dr. Jennifer Scott Miceli, professor of music, will direct the vocal ensembles while Jeff Lederer, adjunct professor of music, will direct the saxophone ensemble. “The vocal groups are also performing at the What is Music event in Burgos, Spain, and the instrumentalists will appear in Hossegor, France,” Miceli said.

For a number of students, it will be their first trip abroad. “To be in Europe for the first time and performing at what is one of the major jazz festivals, the San Sebastian Jazz Festival, is really an exciting thing,” Lederer said.

The ensembles were chosen for the festival after submitting recordings of their performances and undergoing a peer selection process. In addition to students, the groups are comprised of community members, current students, faculty and alumni from the LIU Post music programs. “The vocal ensembles worked on the tour selections throughout the fall and spring semesters, but because alums and community members are joining us for the July tour performances, we rehearsed in May, June, and July as well,” Miceli said. They learned that they were selected to perform at the festival in early fall 2018.

Saxophone ConClave is a new ensemble that was established for the tour over a span of two weeks in summer 2019. The group was based upon those attending the trip to feature saxophone, rhythm and percussion. “We are playing a lot of music with Afro-Cuban inflection,” Lederer said. The 12 members of Saxophone ConClave will play music by composers John Coltrane and Wayne Shorter, among others. The group will also perform  “Malaga” by Allison Miller, Lederer’s colleague, who was a guest on campus during the 2018 jazz festival. “It may be an ensemble that will continue into the school year; we’ll see how it goes,” Lederer said.

“It’s been a great experience to put this particular group together,” Lederer said. “This sounds like a group that I would present on any stage in New York City.”

Miceli has directed Long Island Sound Vocal Jazz since 2000 and admires the musicianship and closeness of the ensemble members she directs. “If you do what you love, you never work; that’s how I feel about it,” she said. Miceli also directs the Women’s Choir, a group established in fall 2018. “They are a group of highly motivated, capable women with a wonderful sense of community,” she said.

Long Island Sound Vocal Jazz and Women’s Choir will share the stage for a 90-minute set of music featuring songs from the “Great American Songbook” including “Sing, Sing, Sing,” “Old Devil Moon,” “All the Things You Are,” and “My One and Only Love.” “We’re trying to pay homage to the fact that we are New Yorkers, and also to the fact that we are performing in Spain, so we’re doing the quintessential New York pieces,” Miceli said. The vocal ensembles will also perform a song called “Spain” by Chick Corea, and an arrangement of “Song for Bilbao” by Pat Metheny.

The music programs have a three-year rotating international touring schedule, meaning every summer, one or more of the department’s ensembles performs on an international tour. Student ensembles have toured China, Costa Rica, France, England, Switzerland, Poland and other countries in past years. “The last jazz tour included performances at the 50th Anniversary Montreux Jazz Festival in Switzerland in 2017,” Miceli said. Last summer, the Winds Band went on an Austrailian tour under the direction of Dr. James McRoy.

Both directors are looking forward to the trip. “I’ve toured with my own groups in Spain quite a bit, so I know it’s a beautiful area in San Sebastian,” Lederer said. Miceli anticipates experiencing the culture of Spain for the first time and seeing the ensembles she directs improve as they perform.