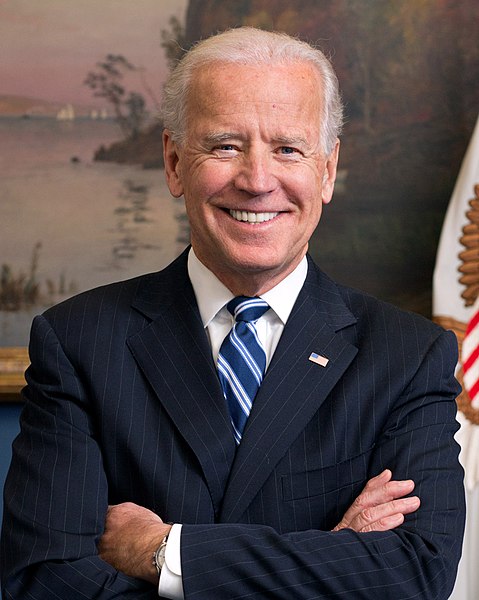 Joe Biden has secured 290 electoral votes as of Saturday, Nov. 7 and is projected to become the 46th president of the United States, defeating opponent and current president Donald Trump.

“I couldn’t be happier with the results,” freshman musical theatre major Lauren Mummert said. “This was the first election I could vote in and I was so worried about losing my rights as a queer woman, which is something I shouldn’t have to worry about. I know [Biden] isn’t perfect but he is leaps and bounds better than Trump.”

While the state voting requirements and ballot counting regulations indicated that the projected winner by popular vote and the electoral college would not be named on Nov. 3, students felt a lot of anxiety not knowing until Nov. 7.

“I was miserable waiting,” Mummert said.

Mummert is from a republican majority state and felt nervous for the results and powerless due to the electoral college having the ultimate say in the presidency, but said that her program helped her through this time.

“I’m lucky to be a musical theatre major because, being surrounded and taught by artists, we were all pretty scared for this election and were able to pause our instructions to make time to have open conversation,” Mummert said. “That sense of communal hope kept me going.”

Sophomore health sciences major Miranda Ruiz was astounded by the voter turnout this year, but was nervous for Biden to win the popular vote and not the electoral college vote. She was hurt by her home state of Texas because Trump won the most votes.

“I am disappointed in all the Americans who would stand with a racist, sexist man like Trump,” she said. “I would also like to say that I am disappointed that Texas was unable to fully turn blue, unlike Arizona and Pennsylvania, but it was amazing that it was tinted blue for such a long time during the election.”

Although students were happy to begin the process of removing Trump from office, they are weary of Biden’s campaign promises.

“I am worried that he is not going to get done as much as what this nation needs to heal,” Mummert said. “His slogan was to ‘build back better,’ and I think he will build the foundations for that. But I am still nervous that his policies aren’t progressive enough for the left and too progressive for the right.”

Biden’s running-mate Kamala Harris will be the first woman and first Black and Asian-American person to serve as vice president.

“It’s about time,” Mummert said, although she claimed that Harris’ campaign ideas do not align with her own personal ideas for the country. “It shouldn’t have taken this long to elect a woman, let alone a woman of color, in such a high ranking for our country.”

Mummert is inspired by Harris’ accomplishment.

“[Harris] gives me the confidence to fight for what I want and show everyone around me what I can do,” she said.

Ruiz believes that Biden having a running mate who is a woman helped his campaign.

“It’s a beautiful moment in history and a step in the right direction to having more women in high positions of power,” Ruiz said.  “Like Ruth Bader Ginsburg said, ‘Women belong in all places where decisions are being made’.”

While Mummert experienced the stress and excitement of the election with other musical theatre majors, junior Isadora Petrovsky continued to urge students to vote.

“After I voted, all I felt I could do was encourage others to vote,” she said. “Even then, their agency was their own, as mine was. I felt I had done all in my power to influence the election, so I turned all reports of the election off for a while. I checked the stats a couple times, but I decided to just go about my daily life, as to not provoke additional anxiety.”

Petrovsky was pleased to learn that Biden and Harris have been projected to become the next president and vice-president.

“[I was] incredibly excited, I shed a tear when I found out. This is huge, I can’t wait for more,” Petrovsky said.

Trump has refused to acknowledge the loss and says that he will challenge any speculated fraudulency of ballots. The Trump campaign has launched multiple lawsuits in several states that so far have been unsuccessful in revealing voter fraud.

Both Petrovsky and Mummert believe that voter fraud is not a problem the election faced and that Trump’s cases will be dismissed but sophomore marketing major Jacob Shamah disagrees.

“I believe that Trump will not peacefully leave the office because of the illegitimacy of mail-in ballots,” he said. “A lot of people say it’s Trump making up lies, but a quote from a New York Post article regarding this subject says, ‘A top Democratic operative says voter fraud, especially with mail-in ballots, is no myth.’ And he knows this because he’s been doing it, on a grand scale, for decades.”

Shamah believes that Trump will accept his defeat if he is still short on votes after the court cases.

“If the fraud is fixed in the mail-in ballot system, then I believe he will gladly leave office,” he said.

As of Thur. Nov. 5, judges in Georgia and Michigan dismissed Trump Administration cases regarding voter fraud.