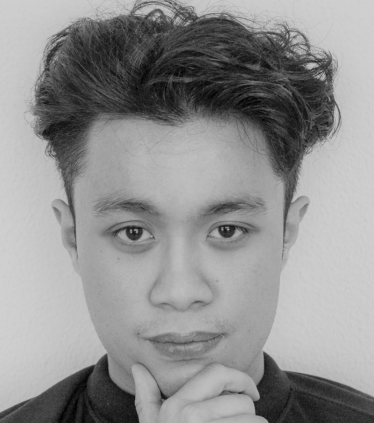 Political science major and writing minor Josh is known as a comedic force by many around campus. With a distinctive sense of humor, as well as the perfect mix of and confidence, he has a way of lightening the mood each time he enters a room. Whether you’re his classmate or professor, his and ability to make people laugh will be missed once he graduates this May.

Tolentino originally considered majoring in journalism, but instead chose political science because it offered more electives. His decision veered him into a course with political science professor, Dr. Michael Soupios, who Tolentino said helped him realize a lot about himself. “Soupios is one of the most intelligent people I’ve ever met,” he said. Soupios described Tolentino as a student he found be honest, intelligent, caring and trustworthy. “Whenever I spoke to him, l was always confident he would not only grasp the subtleties but also be discrete in presenting the material. A good guy- I will miss him very much,” he said

Tolentino is a natural when it comes to presentation. Stand-up comedy is more than his dream. It’s his passion. “The best part about being a comic is being on stage. I’ve had crazy nights, but nothing compares to going on stage in front of a great crowd.”

“He has this unique perspective of seeing things,” she said. “He’s and energetic with a very passionate drive.” She admires the way he looks for the good in his bad days, as well as his ability to find the humor in an awkward situation.

Tolentino said his greatest success is discovering that the world of comedy is where he belongs. “I found a place that I enjoy and that I’m happy to be a part of,” he said. When he has a bad day, he enjoys passing by the Comic Strip Live venue in NYC and attending late-night gigs where he and his friends roast one another while waiting to perform.

Tolentino will also miss having class with Dr. Jennifer Cusumano, an adjunct professor in the department of communications and film, who he calls “Cus” for short. “Cus kind of left an impact on me. Dude, she was the first professor I had here,” he said.

Cusumano has watched him grow as a student and person over the past four years. She believes his inquisitiveness, along with his desire to make a statement and be creative, sets him apart from the rest. “Josh has shown real maturity and professionalism in always wanting to challenge himself, always stretching his abilities and taking on new tasks,” she said.

Tolentino’s future after Post is uncertain, and he’s a bit nervous about “facing the unknown,” he said. He’s passing on grad school because he wants to remain debt free. His only debt is a small late fee owed to his local library because he forgot to return a “Boys Like Girls” album, and he wants to keep it that way. “The thing is, I’m never going to pay that $70 because one day all the libraries are going to close, so I’m waiting them out,” he said.

Tolentino’s wish is to keep doing stand-up for the rest of his life and to make money while doing it. He considers comedy his call of duty, and every so often, he reminds himself why he started. “You’ll realize something is your dream when you keep going but it sucks. That’s how you know you love doing it. That’s how you find your passion.” His advice to himself and other striving performers is, “Enjoy the ride. Don’t let a good show go to your head and a bad one to your heart.”