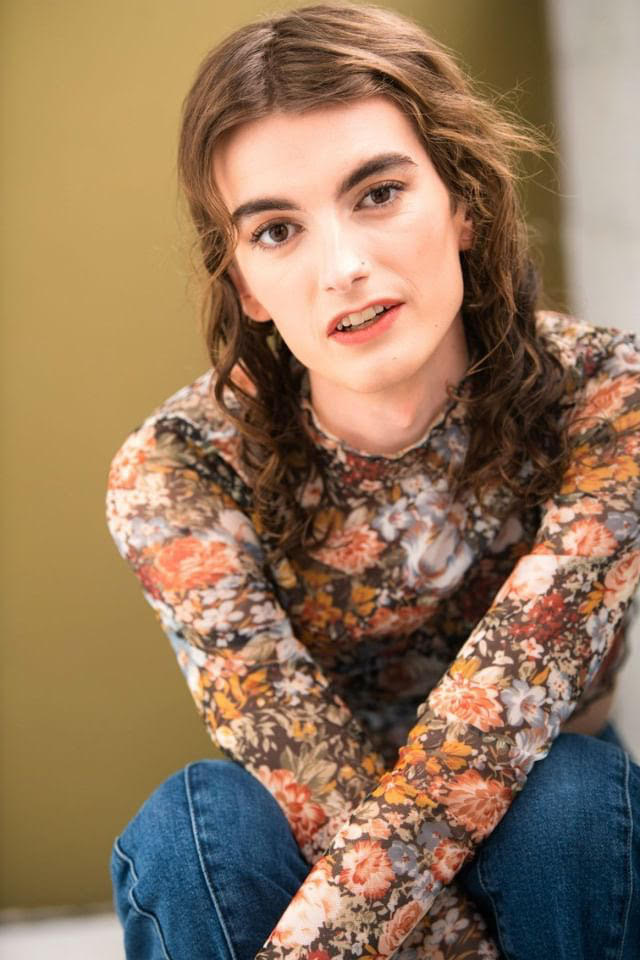 Originally from Syracuse, N.Y, Taber decided she wanted to come to Post for the musical theatre program.

“I really knew I wanted to pursue a degree in theatre, I auditioned at a bunch of schools, but it came down to LIU and one other school. It was the first time in my life that I had a gut feeling, and that feeling told me that LIU was the place to be. When I saw the theatre community on campus, I knew I wanted to be a part of that,” Taber said.

Over the course of her years at Post, Taber has become immersed in campus life and organizations inside and out of theatre. Taber is a member of Emerging Student Theatre Artists (ESTA), the campus theatre club.

“I auditioned in my freshman year and got in. Since then I have been in a show every year. I have even directed a show, and have been in so many. ESTA has been my biggest commitment through school. I made so many connections,” she said.

During her time performing at Post, Taber has played many different roles. However, her lead role in “Hedwig and the Angry Inch” holds a personal significance.

Taber also dabbled in writing. She worked for The Tide as a writer during her junior year, and was the co-arts and entertainment editor during her senior year.

“I loved being on the paper, but I had to focus on my career this semester. I love writing, and meeting the other editors was amazing. I have good memories of The Tide,” she said.

Taber is involved in inclusion and acceptance for students. She is a member of Rainbow Alliance, a group on campus dedicated to LGBTQ+ inclusivity for students. She described her passion for the club as a means of promoting community for all of the campus’s LGBTQ+ students.

When Taber looks back on her time in college, she is proud of the journey she has taken as an artist, as well as a woman.

Taber’s art isn’t limited to her performances at Post, she also writes and produces her own music as Violet Stanza. She currently has 507 monthly listeners, and her songs average over 1,000 listens on spotify. She started making her music during the early months of the COVID-19 pandemic, when she was back home.

“I would say I am a queer independent arist who makes indie pop music for people who fall in love too quickly. I started making music during the pandemic because I was separated from my art. I was acting and doing that from home was demoralizing, and I started making music from home. I have been singing my whole life and once I was able to produce that. It was great,” she said.

Taber released her first song, “Grandma’s Prius,” in Aug. 2020, and has since released three more songs since then.

“I have more coming. Music is the foundation of my art, and I will continue to make it. The music gets about 1,000 listens on spotify, and that means a lot to me. It’s really rewarding,” she added.

Taber plans to move to New York City after graduation, in order to be in the center of Manhattan’s theatre industry. She also plans on trying to get involved in television and modeling.

“I want to do it all. I am ambitious, I’m gonna move to New York and throw a bunch of cards at the wall, and whichever cards stick I will stick with. I want to be involved in the arts scene as much as I can be,” she said.

Taber also hopes to do work in the fashion industry as well. She currently works at a clothing store, and hopes to become a stylist in Manhattan.

She shared with me her advice for college students.

“My advice is listen to yourself and trust yourself. When there’s a lot being thrown at you, listen to your body and what it’s telling you. You know you the best. I hope you make that space for yourself, that’s what helped me the most here,” she said.

Lastly, Taber spoke directly to young musicians and artists. Her message: “Go for it.”

She talked about classism in the industry, and how that has been changing and opening up opportunities for people.

Taber looks back on her time at Post fondly, and is excited to move onto what comes next.

“I’ve had a lot of ups and downs and I’m full of gratitude for the people I’ve met here. I’m ready for the next chapter,” she said.