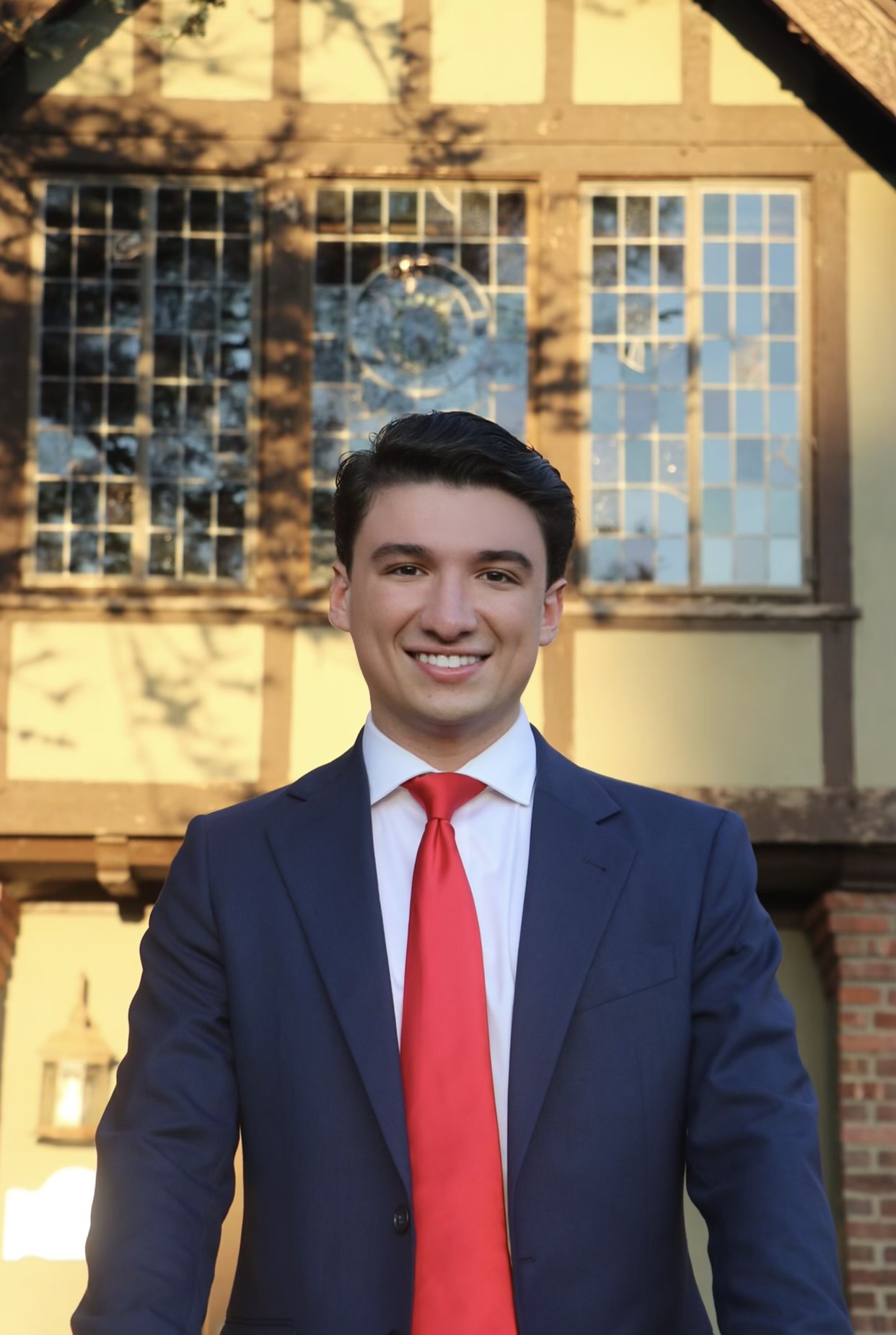 When senior business major Rob LaPollo first came to Post, he was an anxious freshman that didn’t know many people on campus. He is now graduating as the accomplished leader of multiple student organizations on campus and is planning on attending law school.

Originally from Long Island, LaPollo wanted to stay local for his college experience.

“I didn’t want to go away or live anywhere else because I always thought that [Long Island] is where I want to work, where I want to live someday. And I live very close, so I decided to look at schools on Long Island first and try to stay in the area. Of all the local schools, LIU just stood out to me the most. I thought it was a beautiful campus, and I was impressed when I toured it.”

After starting college as a political science major, LaPollo decided to switch his major to business after only two weeks.

“I was a political science major when I got here and it wasn’t really my thing. I want to be a lawyer so I thought that maybe it would be a good start for me, but it didn’t interest me as much, so I decided to try business,” he said. “I actually minored in [business] for two weeks, and then I decided that’s what I want my major to be.”

When he interned at a small law firm in Mineola his junior year, his experience reaffirmed that he did want to be a lawyer after his time at LIU.

Some of LaPollo’s best college memories include his time in Phi Sigma Kappa (PSK). When rushing for a fraternity, LaPollo didn’t know what to expect, but he felt welcomed by the PSK members and knew it was the right fraternity for him. His senior year, LaPollo served as Vice President of the fraternity.

“Becoming Vice President of Phi Sigma Kappa was something I never expected to do when I first came here, but I knew I was always interested in holding a leadership role,” he said. “I felt very fortunate that my brothers in the chapter trusted me to hold a position like that. We spent a lot of time … uniting people in the chapter and bringing everyone together so that everyone felt like one big family.”

LaPollo was awarded as a Greek leader of the year by Jessica Rappaport in late April. He says that he enjoyed many events with his fraternity brothers, including many city trips and going to a national convention for PSK.

“Over the summer last year, PSK got to go to Arizona for a grand Phi Sig convention, and I got to meet people from all over the country that are in my fraternity. It was a great experience.”

LaPollo also served as President of the Student Government Association (SGA) on campus this past year, and praises the members of SGA for all of their work this year.

“I couldn’t have imagined myself in the role [of President] when I came [to Post]. I thought it would be cool to do it, but I never imagined that I would have the opportunity,” LaPollo said. “One of the biggest [accomplishments of SGA this year] was bringing the AEDs on campus. Originally, there was a professor on campus who did pass away tragically on campus. A few [SGA] members were there at the time it happened. One of the things they said was that when they were going around campus looking for an AED, they couldn’t find one … So SGA began talking to faculty, staff, members of Promise and administration that even if the AED wouldn’t have helped the professor in that particular case, they are needed on campus because there were so few on campus at the time. SGA collaborated with administration and they were able to purchase [around] 28 additional AEDs … I feel like because of that, our campus is a little bit safer now.”

LaPollo is grateful for the experience he got in his SGA and PSK leadership positions. He says that these experiences have helped shape the person that he is today.

“Being in these [leadership] roles I have been in have helped me learn a lot about myself as a person, and other people as well. I’ve definitely grown in ways I could never have imagined in these leadership roles. It teaches you to not only be responsible for yourself, but others as well. Others are relying on you to perform and do well for them. I’ve definitely learned to listen to people more, even people I might not agree with.”

After graduation, LaPollo is most excited to use all of the skills that he’s gained from his leadership positions and time in the business program. By next fall, LaPollo also plans on going to law school in New York.

“Next year, I am probably going to do an internship and study for the LSAT so that I can get into a good school,” he said. He hopes to one day have his own law firm or business.

LaPollo is appreciative of many people that have helped him during his time at Post, specifically his fraternity brothers, Director of Promise Jessica Rappaport and Dr. James Freely.

“Don’t be afraid, just get involved. I remember as a freshman, I was so anxious. I didn’t know what I was getting myself into,” LaPollo said. “If I could go back, I would say ‘it’s going to be okay, pick an organization that works for you and supports you.’ Go outside your comfort zone and be open-minded. You will find something you really click with, and it will make the whole [college] experience worth it.”