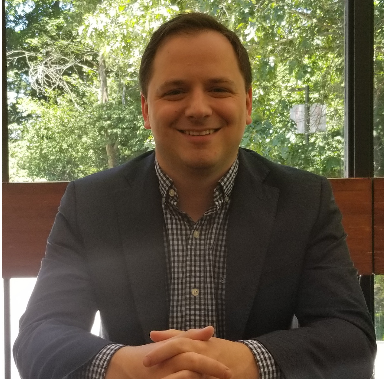 One LIU, One Dean for You

Michael Berthel, former dean of students for Post since Sept. 17, 2017, was promoted to executive dean of students, which was announced via email to the LIU community in May 2019 by Joseph Schafer, the chief administrative officer. Berthel came to Post in 2013 as the associate director of the office of student life, reporting to then Dean of Students Abby Van Vlerah.

In the new position of Executive Dean of Students, Berthel will oversee student affairs for both the Post and Brooklyn campuses. He will spend a few days each week on each campus. The former Dean of Students for the LIU Brooklyn campus, Dr. Jessica Hayes, was promoted to the chief of staff for the University President Dr. Kimberly Cline

The role is similar to his previous role as dean of students for Post. “It’s just adding the Brooklyn component to it,” Berthel said. “The conversations are how do we take these areas and make them both look similar and offer the same services. A student at Brooklyn should have the same services and advantages as a student at Post and vice versa.”

Berthel plans to increase the dialogue between students and faculty by being present on both the Brooklyn and Post campuses. He explained the contrast between the campuses. “I think it’s one of the things that makes LIU unique,” he said, referring to the campus in the heart of Long Island and the other in the heart of Brooklyn. To experience both campuses each week “is a really cool opportunity” for him, “so I get to see the full picture of what LIU is.”

Berthel studied at Adelphi University, where he received a B.A. in political science and government, in industrial and organizational psychology, an advanced graduate certificate in human resources management. Before joining LIU, he was the Senior Assistant Director of the Center for Student Involvement at Adelphi from August 2012 to October 2013.“

Obviously, my main goal on campus is always to advocate for students,” to implement new programs that students want and to make students’ experiences enjoyable, a dynamic campus life,” he said in an interview with the Pioneer on June 19 about his new responsibilities

In the spring 2019 semester, Berthel implemented a Dean’s Council and a Collaborative Initiative Team to have a dialogue and receive feedback from staff, faculty and students. ”We’ve been working with teams on both campuses together towards the ultimate goal of of creating one LIU experience.”

One of the advantages to working with both campuses, Berthel noted, was that there are staff members on both campuses doing similar roles that can help each other and grow. They can talk to each other about day to day operations and techniques that they can share to improve and do better work overall

One of the biggest challenges, he said, is “just making sure that I’m constantly hearing. I think other deans experience the same thing where we’re constantly talking with students, interacting with students, hearing what they want,” Berthel said. Because students are busy, Berthel stressed being “intentional” in your interactions, how you hear feedback, how you implement feedback.

Last year, he held an Ask the Dean Series, during which he toured and spoke to students about their experiences on campus and where improvements can be made. He also held several lunches in the End Zone and created a Dean’s Council during which seven or eight students met every three weeks to talk about issues, challenges new ideas

Berthel noted the importance of asking students what they want. This allows for a middle ground for students and administrators to work comfortably together. Berthel plans to continue reaching out to students and engaging with students at traditional events like Home-coming and Holidays at Hillwood.

“I think tradition is great, but it doesn’t mean that you can’t make it better and improve upon it every year, and that’s the stuff that we want to do,” he said.

Berthel’s Post office is located on the third floor of Hillwood Commons.