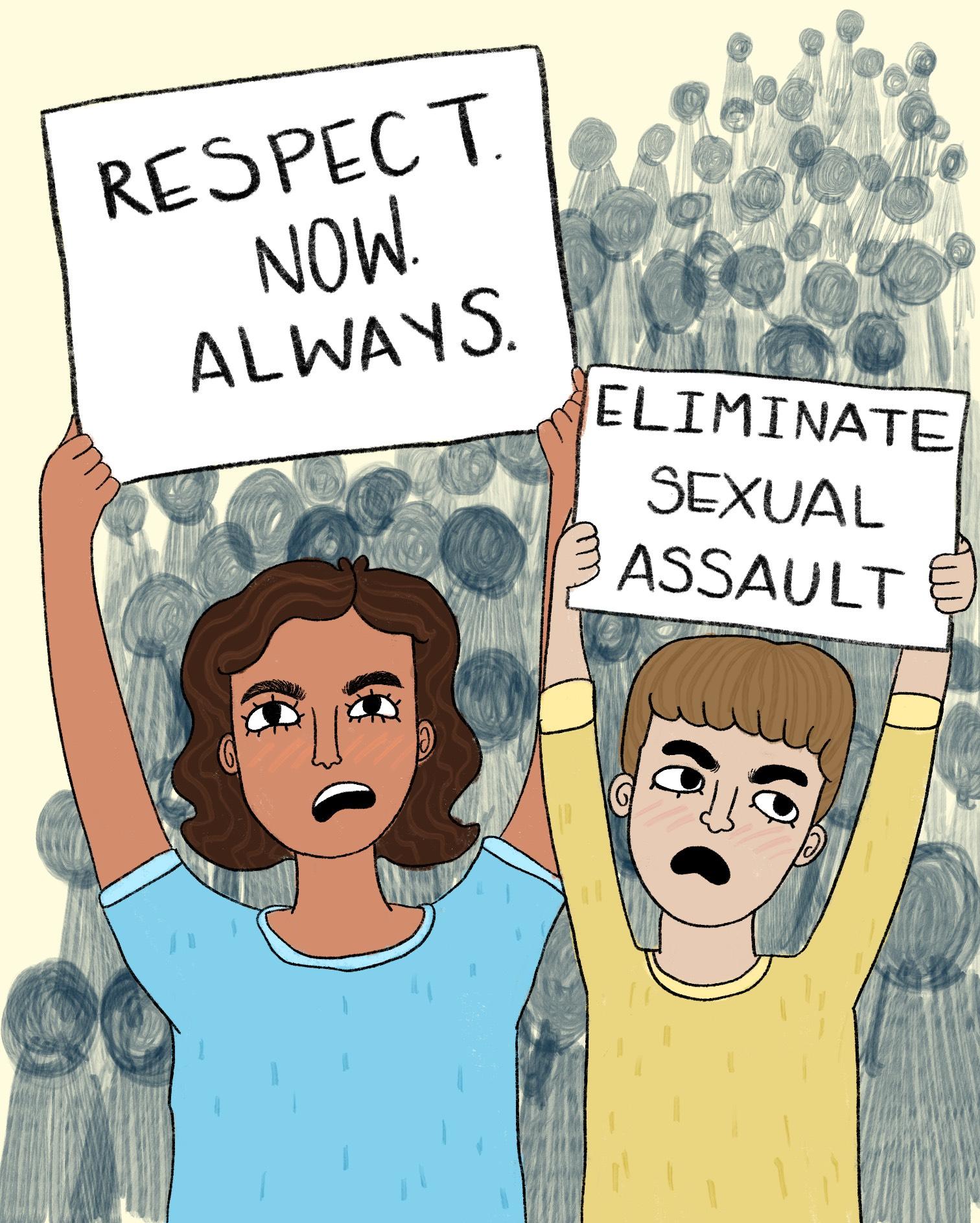 Starting in the fall 2019 semester, the Post Foundations class will be getting a new lesson in sexual assault awareness. The spring 2019 Student Government Association came up with a new program, the Sexual Respect Campaign, to educate the class on how to define , sexual harassment, and sexual assault and on what resources are available to students facing these issues.

SGA brought the idea to leaders of the Post Foundations (POST 101) classes and the Center for Healthy Living in the spring 2019 semester. “It was a great idea coming from student leaders taking the initiative. We agreed to facilitate whatever they want to do,” said Dr. John Lutz, English professor and chair of the First-Year Experience Committee. “I was very glad to make a place in the curriculum of Post 101, which is the transition to the college culture.”

Faculty discuss the topic of sexual assault and Title IX – a federal law that guarantees that no person in the U.S. can be excluded from participation in, be denied the benefits of, or be subjected to discrimination under any education program or activity based on their sex – during orientation each year, but in less detail than the new program will, according to Lutz.

Lutz applauded the SGA’s initiative. “I took the SGA’s word for it when they said it’s important,” he said. “They saw a deficit and they decided to make changes to the culture. Here are the norms that are acceptable, and here is where we have zero tolerance for this thing, and there is a great need for this.”

The SGA created a power point detailing everything students need to know, including the LIU Student Bill of Rights. The 2019-2020 peer mentors and Post 101 instructors will implement the power point presentation, not the SGA. Instead, the SGA will table in Hillwood Commons periodically and continue the conversation of the campaign, but won’t be directly involved in the training or teaching.

“We’re not equipped [to teach]. But we ensured that the had resources,” Rodriguez said. “We worked closely with the Center for Healthy Living and faculty to ensure we aren’t putting out false information.”

Lynne Schwartz, director of the Center for Healthy Living, will take over the training. The training is similar to what resident assistants go through undergo IDS 100, where they learn are taught leadership and public speaking skills. “We want them to be comfortable with the material and to talk about it with sensibility,” Lutz said

Their training this year included learning about bystander intervention— when you see something, say something— and “Direct, Delegate and Distract,” a program geared towards freshmen to help prevent sexual harassment and assault, according to Schwartz. There are 21 peer mentors undergoing training this fall semester.

Nicole Ludwig, a junior psychology major, has been a peer mentor since spring 2018, and she feels strongly of helping freshmen adjust. “A lot of people go into college having learned conflicting things or [have] certain misconceptions in regards to sexual respect.”

Ludwig finds that schools with minimal coverage leave students ignorant, which can be dangerous. “Students need to know how to keep themselves safe as well as how to make sure they don’t end up harming someone else,” she said.

Schwartz also stressed the importance of this program. “The bottom line is, we’re here for the students and whatever that means— if I have to tap-dance, I’m not good at it, but I’ll try,” Schwartz said. “There’s no other way. We have to do what we feel is right for the students.”

The first Post 101 presentations Wednesday, Sept. 18. The next step after the first year of the program, according to Rodriguez, is to bring the presentation beyond Post 101 and to the upperclassmen. “The should be shared with all students,” she said. “Especially with Greek Life and club training as well.”