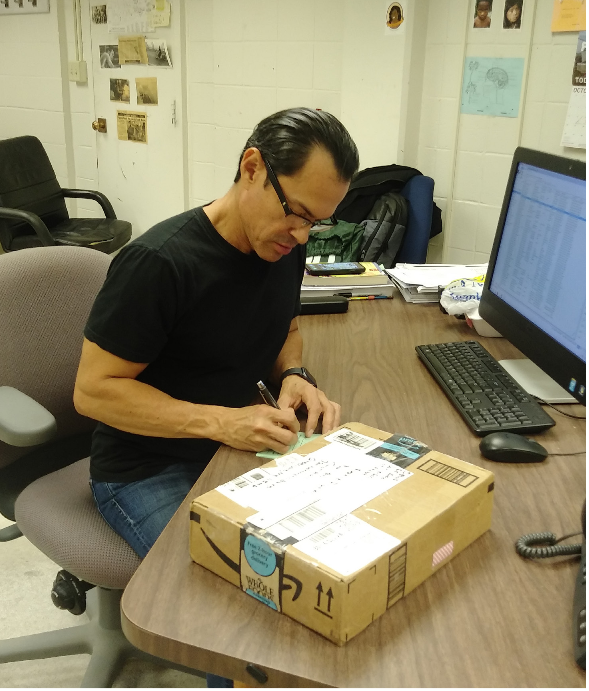 Some students on campus were experiencing difficulties upon visiting the campus mailroom due to it being short staffed. For the first few weeks of the fall semester, everything from Amazon packages, textbook deliveries and letters from parents were caught up in the sorting process handled by a sole mailroom worker.

As of Thursday, Oct. 10, when The Pioneer initially visited the mailroom to confirm student grievances, it was being single-handedly operated by Sergio Riviera who takes his job as campus mail clerk very seriously. Last year, the mailroom had at least one additional worker on shift to help him out. “Since I’m the only worker here, I’m responsible for sorting the mail, handling packages and speaking with all the students coming to see if anything arrived for them,” Riviera said.

LIU’s mailroom receives about 300 packages a day, according to Riviera, and having just one person to sort them all is difficult. In previous semesters, students expecting packages would find a green card describing their package in their P.O. box. The card alerted them to go to the mailroom window to retrieve their package. Several students made complaints that their packages were not arriving on time as expected since the green cards were no longer put into their boxes. When asked about the green cards, Riviera said it is harder to sort that many package retrievals on his own, so he stopped using the cards.

Anthony Cavarretta, a junior broadcasting major, faced a similar issue. After noticing there was no green card, he went directly to the help window. “It took a bit to find [the package] or if it was there. Sometimes it comes later in the day,” Cavarretta said, though he found being able to go right up to the help window more efficient than searching the mailbox for a card. The only issue now, he said, is the mailroom’s operating hours.

Many students who live on campus don’t own a car to run out and grab what they need, so they rely heavily on mail delivery. “They [students] come during common hour and I’m still sorting everything,” Riviera said. “I need to hurry and get them their mail, so we definitely need at least one more person to help with this.”

Since the introduction of shipping services like Amazon Prime, deliveries are expected to arrive on time. “It’s not that it’s hard to work here but we really do need more people here at least part-time to help for like four to five hours, especially in the morning when all the new mail arrives,” Riviera said.

As to why the mailroom was understaffed, Riviera wasn’t certain. He believed they just didn’t feel it was necessary to hire additional help. “To be honest, the last couple of years have been alright,” Riviera said, “My boss is really great. He is very understanding, and when I complain to him, he tries to fix whatever it is that’s affecting the work.”

When The Pioneer returned to the mailroom for a follow up on Thursday, Oct. 17, the mailroom was running smoothly and operating with green cards again due to additional help from a new co-worker. “I think it was the fact that both me and the students were complaining. The students felt things were going a little too slow and if the door is closed they can’t get their mail,” Riviera said.

Extra hands to assist Riviera is just what the mailroom needed to leave students with a satisfied mailroom transaction. “He comes during common hour and helps with the packages which is great. Sometimes, I have to leave during common hour to do other work so we kind of trade off when I have other work to do,” Riviera said. “He helps me finish the job.”