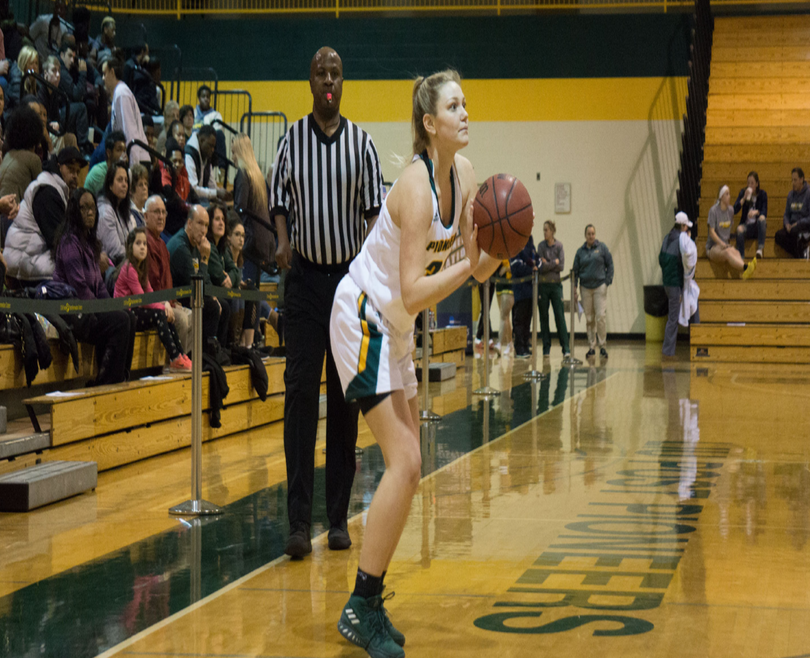 At a home game on Saturday, Feb. 3, the women’s basketball team had a landslide victory against Mercy College, with a final score of 78-40.

The Pioneers started the game strong from the opening tip, with a strong offense, putting up eight points and limiting Mercy College to zero points until the halfway mark of the first quarter. With two seconds left in the first quarter, senior guard, broadcasting major and journalism minor, Kylie Garret added three points to the score, ending the first quarter with the Pioneers ahead of Mercy College, 21-8. In the first half of the game, the Pioneers racked up 39 points, with 21 of those points coming off of turnovers from their exceptional defense.

The second half of the game was no different for the Pioneers as they totaled another 39 points, nine of them from Shannon Doyle, a junior guard, computer science major, giving her a total of 15 points in the game. The defense too was in favor of the Pioneers, limiting Mercy College to 21 points again in the second half, due to Doyle’s two steals, and a pair of blocked shots coming from sophomore forward, broadcasting major, Mikaiya Moore, and sophomore guard, health science major, Dominique Williams.

The Pioneers will play their next game at home against Molloy College on Wednesday, Feb. 7 at 5:00 p.m.