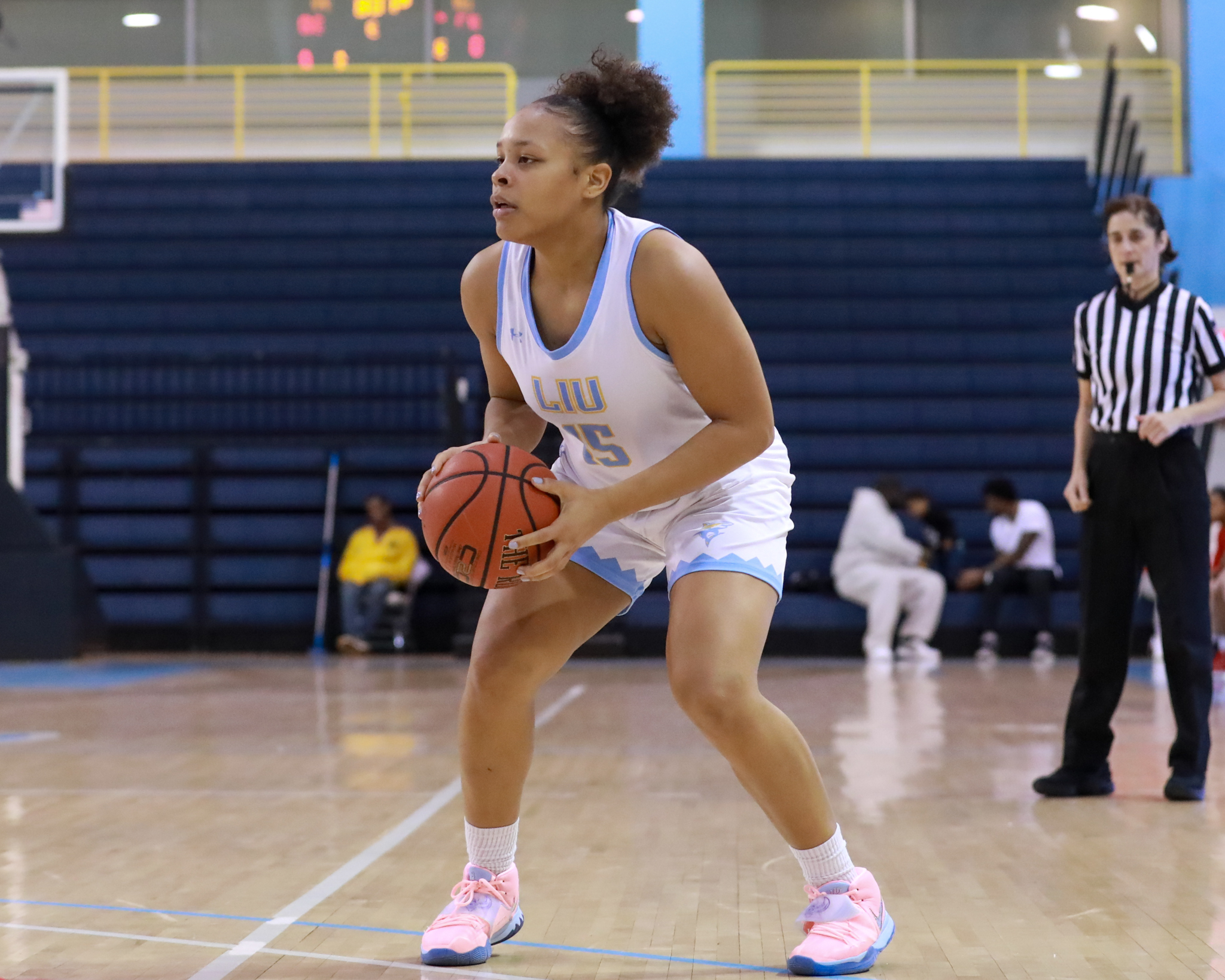 Raiquan Clarke, a men’s basketball senior, was recognized by the East College Athletic Conference for his play this past season, giving him all All First Team ECAC honors.

Clarke had an outstanding season for the Sharks, leading the NEC with 19.9 points per game, which also ranked him nationally at 29th. He became LIU’s all-time leading scorer the 2019-20 season, becoming the first ever to score 2,000 points, and finishing his career with 2,030 in total, ranking him 8th all-time for the NEC.

Clarke was also named first-team All-NEC for the second year in a row. Clarke started his career as a walk-on in 2015, then, following his redshirt for that season, made the starting lineup the following year. After playing on the Blackbirds the previous four years, Clarke wanted to be “2020 NEC champions” in his final season as a Shark.

“During the summer I tried to work out at least three to four times a day. You just have to remind yourself to stay the course because you have goals to reach,” Clarke said.

Derek Kellogg, men’s basketball coach, is impressed with Clarke’s perseverance over the years.

“His progression as a player and leader has grown over his time here, and was instrumental to the success of our program,” Kellogg said. “His lead-by-example personality was always great for our young players to follow and emulate. His senior guidance in the locker room will be sorely missed.”

Kellogg believes it was a huge asset to have a player like Clarke take over a game the way he did.

“Rai had one of the top usage rates of any player in the country. It is a huge advantage as a coach to have a player you can rely on, especially coming down the stretch of games,” he said.

Brandy Thomas, a women’s basketball sophomore, was also honored by the ECAC in 2019, earning the All Second Team award. Thomas was named rookie of the year in the same year by the ECAC, and looked to progress her play from thereon.

“I was looking to expand on my leadership skills and to be able to impact the game in more areas as a sophomore,” Thomas said. “These awards show the hard work I put in when the people weren’t watching. It also shows the trust that my teammates and coaches have in me to put me in positions to succeed.”

Thomas wants to achieve even more in her remaining two years with the Sharks.

“Individually, I will continue to add more things to my game to make me a more versatile player,” she said. “Going into my junior year, I want to elevate our team to ultimately get on a championship level in the NEC.”

Thomas is certain of her teammates’ potential moving forward. “I believe with the progress of my teammates this season, the recruits we have coming in, and the culture that the coaching staff has instilled in us, there should be great things ahead for Shark Nation,” she said.

Head Coach Rene Haynes had positive remarks about Thomas’ development and potential. “Brandy has a great personality and is the kind of player that every coach dreams of having in their locker room,” Haynes said. “She is an intense competitor that always wants to win and it fuels her teammates to want to be better every day.”

Haynes believed it was a huge advantage to have a player like Thomas who would dominate on both sides of the court.

“She expanded her game which allowed her to score in a multitude of ways which made her a huge component to our success on the offensive end,” she said. “Defensively it was great to see Brandy step up and guard some of the best players in the other teams when we needed her to. She was always willing and ready whenever we called on her to get the big stops that we needed.”