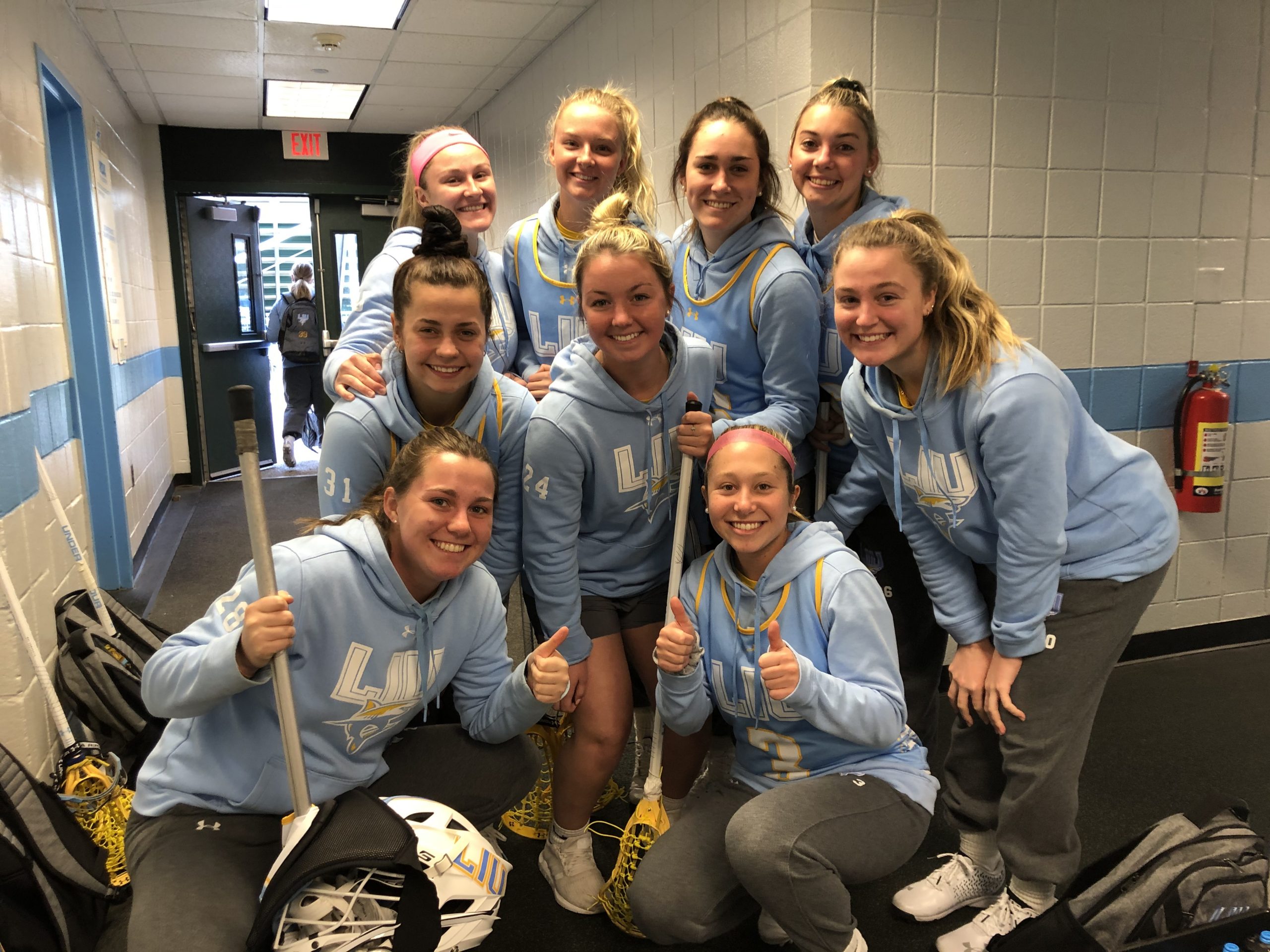 The women’s lacrosse team currently puts together the final pieces to prepare for, what they hope will be, a successful season.

The 2020 spring season will be the first time the team competes in the Division I North Eastern Conference as the Sharks, and for some of the players, it will be their first time competing as Division I athletes.

Sophomore attacker Emma Cantwell, who played for the Pioneers last year,
said she is excited to take on the new competition that awaits at the Division I
level. “The team is ready and [we] can’t wait to prove that we are a team that will be tough to beat,” Cantwell said. Maddy Schaefer, a sophomore attacker and midfielder, agrees. “I am excited to face the challenge of stronger opponents and stronger competition in a
new conference,” she said.

Kelly Hughes, a sophomore defender, also looks forward to the new season and to be able to bond with her new teammates and create program history. “I
honestly feel so blessed to be part of the new LIU family and I hope to impact the way the program is going to be run for years to come,” she said. “I am looking forward to bonding with all of my teammates as we become stronger as one program,” Schaefer added.

The Sharks started their training in the fall where practices “involved more
conditioning of the body” according to Cantwell. Now when the team is in season, the practices are more focused on “team development and play execution,” she said. “Fall training was less intense, but our goal to prepare for the season remained the same,” Schaefer added.

The women’s lacrosse team will play nine games total before conference play
begins. Their first conference game is on Friday, March 27, at 4 p.m. at the
Bethpage Federal Credit Union Stadium in Brookville where The Sharks will face Mount St. Mary’s.