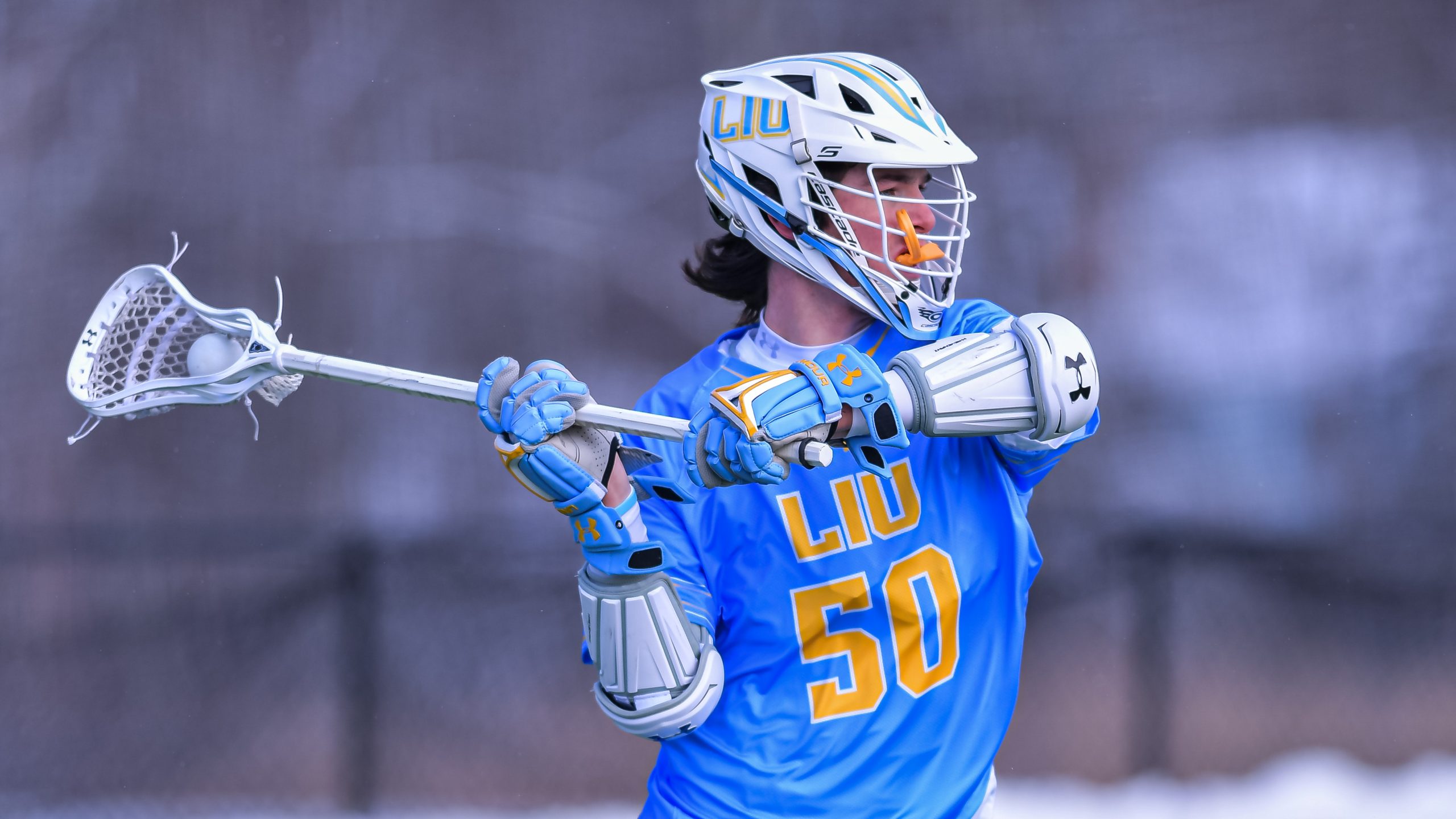 Athlete of the Week: Sean Boll

The men’s lacrosse team’s freshman attacker Sean Boll made a name for himself in his collegiate debut against Siena College on Saturday, Feb. 8.

Despite the team’s loss, Boll put five goals in the back of the net out of eight shots, leaving him with a shooting percentage of 63 percent. “It was a good feeling contributing to the team’s effort. It was a lot of fun,” Boll said after his debut.

Boll came to campus from Seaford, N.Y., and was no stranger to Post prior to his freshman year. His older sister, Alyssa Boll, is a member of the women’s lacrosse team and is currently playing in her junior season.

Boll decided to come play for the Sharks because of “the campus life, the coaching staff, and the way the game was played here.”

Boll began playing lacrosse at seven years old for his town’s team. Growing up, lacrosse wasn’t the only sport Boll excelled in. In high school, he received varsity letters for football and basketball. However, lacrosse was the sport that he was particularly exceptional in and the sport he wanted to continue to play through college. “I chose to play lacrosse because of the style the game is played [in] and the fast pace it’s played at, he said.”

Boll received all-league recognition as a lacrosse player in high school where he played at Kellenburg Memorial High school, a private school in Uniondale, N.Y.

So far, Boll said playing Division I lacrosse as a Shark feels like the right decision.

“My favorite part is being with the team every day and competing at the highest level,” he said.

Next up for Boll and the rest of the men’s lacrosse team is a battle against St. John’s University on Saturday, Feb. 22 at Bethpage Federal Credit Union Stadium at 1 p.m.