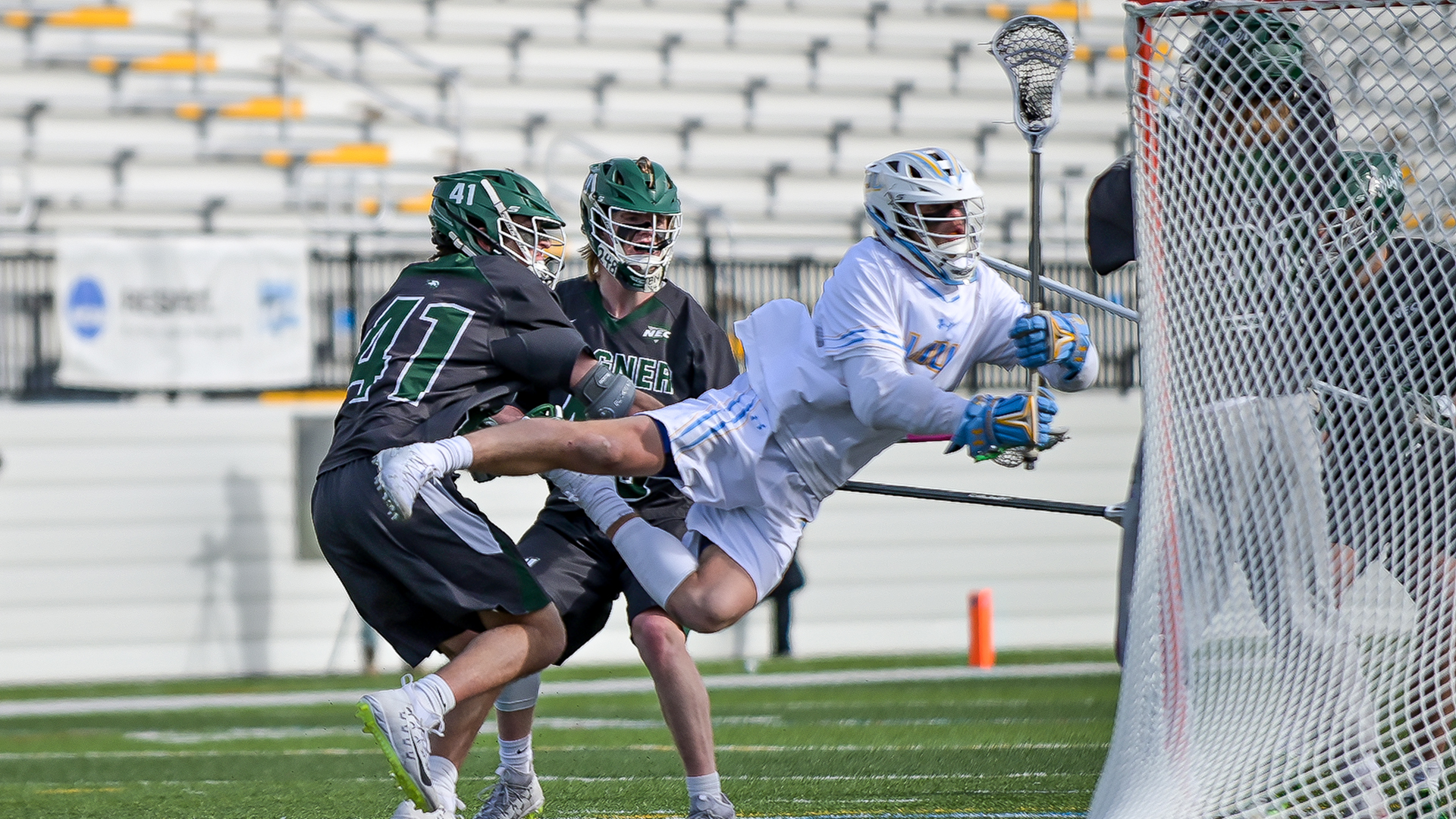 The men’s lacrosse team had a turbulent day against Wagner College on Saturday, Feb. 15. Despite a comeback in the fourth quarter, the Sharks lost the non-conference game with a score of 9-8 in overtime.

The Sharks had a rough start to the game and went into halftime with a 1-4 deficit. However, the team managed to turn the game around in the second half, scoring seven goals including a 4-0 run during the final period. The team then took their first lead of the game, making the score 8-7.

Despite having momentum, Wagner forced a turnover and took advantage when attacker Stephen Dwyer found the back of the net with 20 seconds remaining. The Seahawks won the faceoff and appeared to have won the game at the final buzzer, but the goal was disallowed due to a crease violation which shocked members of the crowd in Bethpage Federal Credit Union Stadium. The game was sent to sudden death overtime.

In overtime, Wagner won the opening faceoff and the Seahawks took a timeout after pushing the ball into the attacking zone. Once out of the timeout, Dwyer went behind the goal-line and split two defenders before he scored the game winning goal 43 seconds into overtime, giving Wagner College their first win of the season.

The Sharks had several contributors from the freshman players, such as attacker Richie Lacalandra who scored his first career goal and added a highlight-reel diving go-ahead goal. After the game, Lacalandra said he enjoyed playing at home even though the result didn’t end up the way they wanted. “That feeling playing our first game at home was awesome and it was a great game even though we lost in overtime,” he said. “If we played our hearts out the whole game it may have gone the other way.”

The Sharks will return to action on Saturday, Feb. 22 when they host St. John’s University at the Bethpage Federal Credit Union Stadium at 1 p.m.