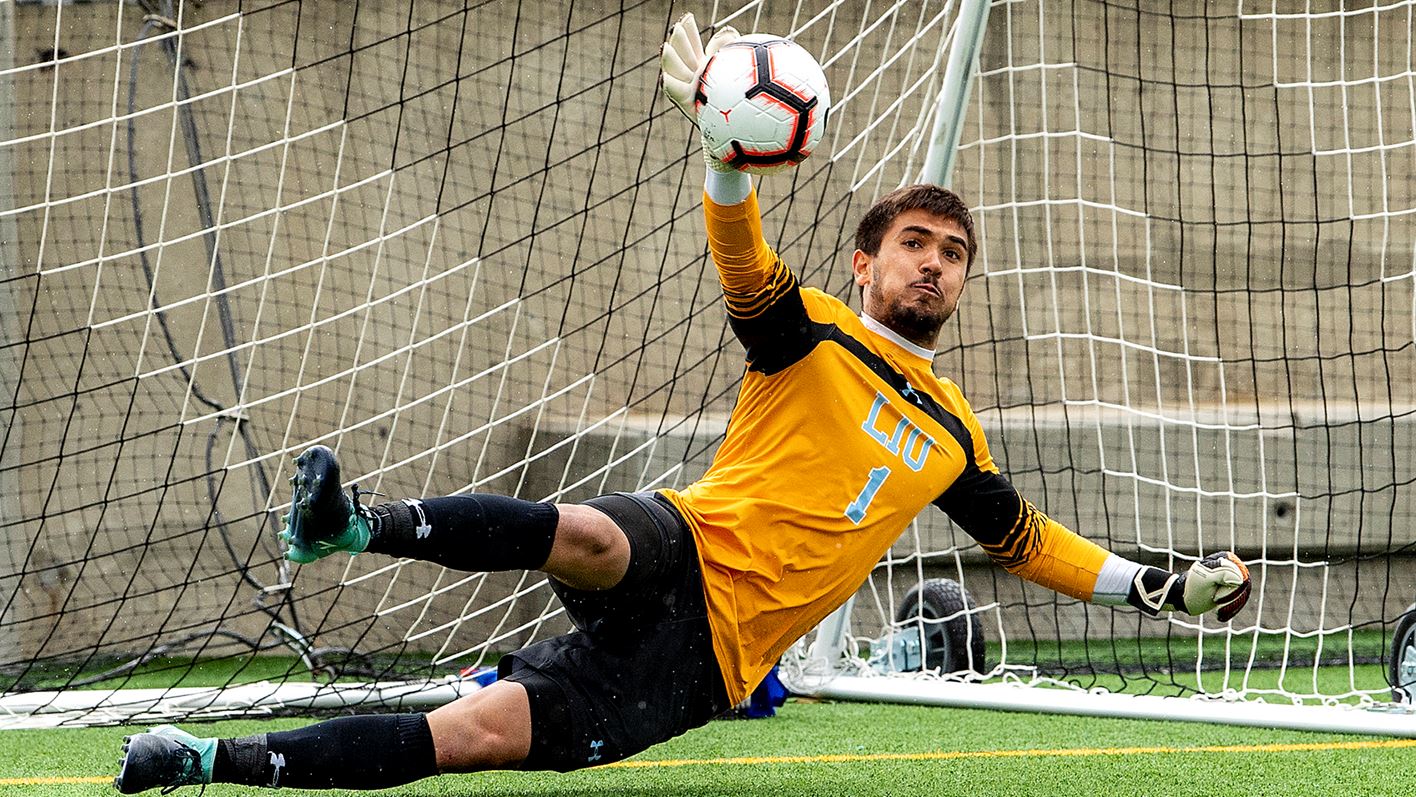 Men’s soccer players have made certain that they want to win the Northeast Conference(NEC) championship this season.

Junior defender Henry Haferkorn says that there is no excuse to come up short this year.

“Because we lost in penalties at the conference championships last year, it is our goal to redeem ourselves by winning the NEC title and getting that ring,” he said.

With the COVID-19 restrictions last year, limited fans were allowed in the stands during home games, which affected the Sharks’ energy while on the field. However, most restrictions have been lifted this year, and spectators are allowed at the games.

Sophomore forward Emil Jaaskelainen is excited about the new atmosphere this season.

“The energy is so much better than before. I get a buzz every time I get the ball from hearing the cheers in the stands,” he said.

A graduate student from Washington, midfielder Julio Abad wraps up his last season with the Sharks. Abad plans to stay in New York and work as a Jr. financial analyst with Teads, a company in NYC. Abad is excited to see what his team has in store on and off the field once he leaves LIU.

“The coaches have built a successful program, and with the new freshman, I can already see that the success rate is just going to go up from here,” he said.

Head coach Michael Mordocco expressed that he is happy with his team and how they are playing. Mordocco believes that his team will make it to the NEC tournament with the consistent commitment the team has to make it there.

“We have one goal for this fall, and that is to make it back to the conference playoffs. We want to have fun during the process, and success will follow. If we stay true and committed to our goal, this group can attain anything.” he says.

Mordocco is proud of the strength and leadership from not only the upperclassmen on the team but also new players that have contributed to the wins that this team has seen in the past weeks.

“We have a lot of talent in this team, but our strength is our leadership from Fridtjof Andberg, Javier Rehberger and Henry Haferkorn,” he said. “We have also added some young players to the program that have contributed to the early success. Alan Martinez, Robert Winkler, Mathias Heiland, Jeremy Guardado.”

Currently, the Sharks sit second in the NEC with a conference record of 5-2 and are 9-4-2 overall. The top four teams will make the NEC tournament, with the #1 seed hosting all the games. St.Francis Brooklyn is currently in first, with an NEC record of 6-1. The Sharks have two games left on their schedule, where they play the last place Mount Saint Mary’s Mountaineers on Sunday, Oct.31, and then play their final match against St.Francis Brooklyn on Sunday, Nov.7.