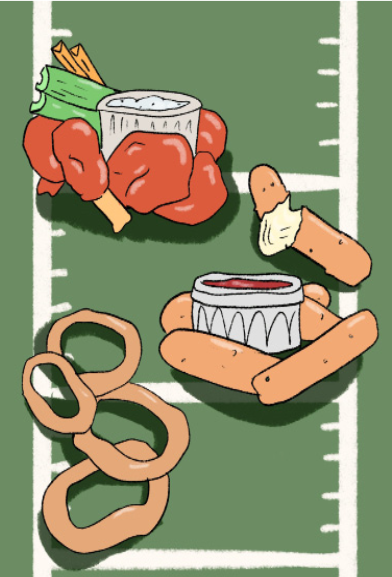 Many students were shocked and disappointed to discover a complete menu change at the End Zone in Hillwood Commons Saturday, Sept. 28. That night, the featured bar foods like mozzarella sticks, wings, onion rings and more, were swapped out for an $8.99 course. Many students expressed disappointment in the change because the buffet consisted of the same entrees served at Winnick Student Center earlier that night: chicken parmesan, meatball subs baked ziti.

who attend practice on weekends late at night, usually turn to the End Zone for a quick bite and to unwind with their teammates. According to an Aramark employee working the End Zone that night, there were several times when large groups of students would come in and walk away after being told of the menu changes. Some students turned to off-campus dining, while others opted out.

One student-athlete, who preferred to remain anonymous due to NCAA public relations standards, showed up at the End Zone around 11:30 p.m. and was disappointed to find the regular menu gone. “I guess I’m not eating tonight,” the student, who doesn’t have a car to go off campus, said. “It would cost me $30 to take an Uber off campus just to get some cheap food that probably isn’t good for my diet.”

The new resident district manager for Aramark, Rob Reinhard, said the on Saturday was only a one time trial. “We were trying to create some change and variety to the menu while offering value to the students. We felt that an all you can eat buffet with unlimited drinks would be received well,” he said. As of Sunday, Sept. 29, the original a la carte menu resumed at the End Zone.

It’s not that the idea of unlimited food and drink is unappetizing; most students just prefer “outside” food to what is prepared at Winnick. In a social media poll reaching 116 users, The Pioneer found that 91 percent of students prefer off-campus dining, as opposed to the nine percent who voted in favor of dining in Winnick.

Aramark is always open to student feedback, according to Reinhard. He encourages any students wanting to share their thoughts to fill out the “We Heard YOU” surveys, or to speak with an Aramark manager or supervisor. He also welcomes students to speak with him directly in the LIU Dining office in Hillwood Commons, room 123.