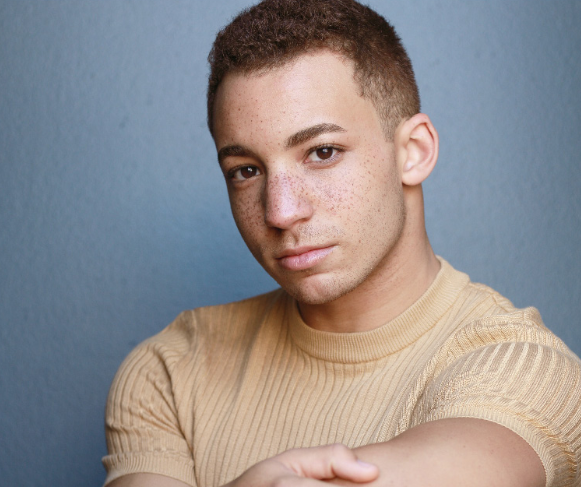 Gabriel Amato, a senior musical theater major from Buffalo, New York, has had a passion for acting since beginning high school. “Around junior year of high school, I realized I wanted to really try to be an actor for a living, so I came to the summer honors institute in musical theater,” Amato said.

The thrill of being on stage is exhilarating for Amato, who loves being able to share a story and a specific message to a group of people

Amato performed in Rodgers and Hammerstein’s “Cinderella” as part of the ensemble and understudied Prince Topher and Jean Michael with Work Light Productions from Sept. 2017 to July 2018, presenting the big theme of the play, kindness. He has toured in 36 states, and in Canada

When Amato isn’t on stage, he enjoys relaxing in the campus garden and participating in the Emerging Student Theater Association (ESTA). ESTA is a student-run club for those in the theater department. Students propose different ideas for shows and productions and put on two to three shows a semester, ranging from improv to full productions of musicals.

“My favorite part about Post is the sense of community we have in the theater program and the nature on campus; watching the seasons change all year round up close and personal is always nice,” Amato said

Some of Amato’s favorite classes have been dance classes with Nancy Brier, and sociology with Eric Lichten

Amato’s favorite memory at Post was attending the Kesha concert during his freshman year and competing with the cheer team in his sophomore year and “getting second in the nation for our division,” he said

offered advice to other students. “Know that this is the beginning to the rest of your life: it might not start out the way you planned and you’ll definitely change your mind about a thousand times. But as long as you are putting your best foot forward and living your truth, the right path will unfold in front of you. And sleep. Sleep is really important,” he said.