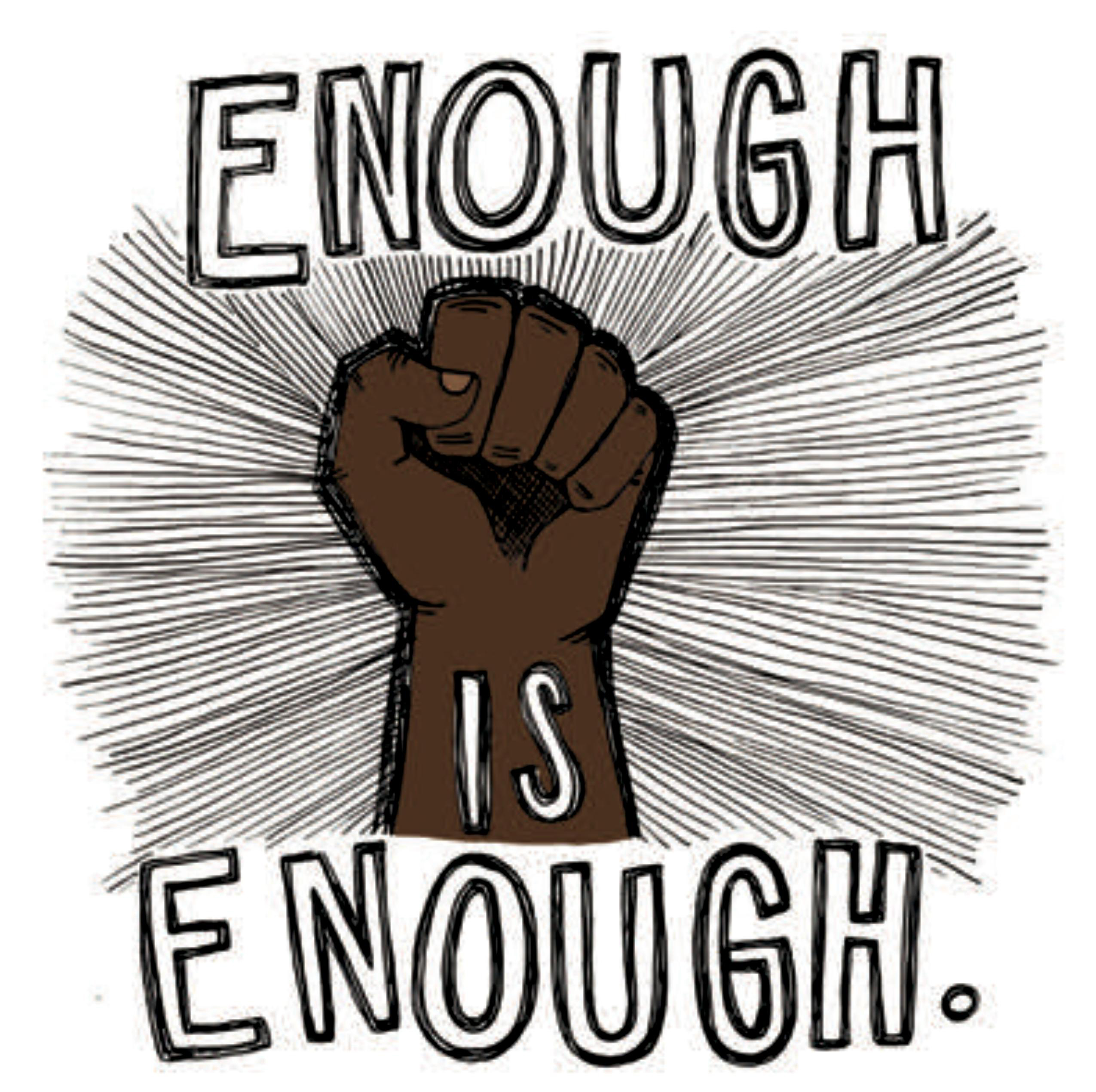 As the death of George Floyd, a man who was pushed down to the ground under an officer’s knee as he said “I can’t breathe,” was broadcast over the national news, the social climate of the United States changed.

More people began to acknowledge the blatant racism and prejudice that people of color face in all aspects of their lives. The protests, educative nature and petitions in support of the Black Lives Matter (BLM) movement became a focal point of media outlets news coverage this summer.

“I’ve always been aware of my heritage and being different from the majority of people I know,” sophomore arts management major Evelin Figueroa-Ballester said. “But the first instance I remember was this one time in third grade where I met a student who had just immigrated to the U.S. from Cuba. I was so excited to meet them and we were speaking Spanish. Everyone on the bus screamed and laughed at us. They could not believe we were speaking ‘Mexican’.”

Figueroa-Ballester said that she feels desensitized to a lot of the microaggressions she experiences because of her mixed race.

“I’ve experienced different acts at different severities all throughout my life, of course I notice things but I don’t actively try to think about them all the time,” she said.

DeVonna Brockman, a sophomore film major at Rutgers University and former LIU student, was deeply affected by the acts of violence that occured over the summer.

“It’s absolutely devastating and frustrating, to say the least, seeing Black people get killed at the hands of the police,” Brockman said. “It’s scary to see people who look like me, my older brother, my cousins and my parents lose their lives unjustifiably. I believe Floyd’s death made so many people of all races think about how Black people are being discriminated against and what can be done about it.”

Seeing the widespread support of the Black Lives Matter movement has been uplifting for Figueroa-Ballester.

“It was very nice to see the community come together and take a stand against injustice,” Figueroa-Ballester said. “It’s a whole other ball game to see people protest and stand up against racism. Even though I couldn’t be [at protests] physically, it felt great to be witness to an intergenerational and intersectional fight against injustice.” Brockman said that as she mourned the losses of Breonna Taylor, George Floyd, and many more people of color who have died as a result of police brutality, she began to think of more things she could do to support the BLM movement.

“I decided to make and sell Black Lives Matter shirts and have been selling them ever since,” she said. “All the proceeds from the shirts are donated to multiple causes that benefit the advancement of and support Black people and communities.”

As the movement progressed, so did the divide between residents of the United States. A fundamental idea that many members of the BLM support is to “defund the police,” meaning to reinvest a portion of the money that police departments receive into communities.

“The police force evolved from the slave patrol, which was specifically made for disciplining Black people,” Brockman said. “Because police training has these discriminatory roots, there needs to be a reform. Officers are given too much control and they’re misusing it; their first instinct shouldn’t be to pull out their gun before their taser, and they shouldn’t pull someone over simply because they’re Black. The police need to be re-trained, re-equipped, and thoroughly investigated. Part of their job is to ensure safety and there’s no way for them to effectively do that until things change.”

In an interview for CNN, Patrisse Cullors, co-founder of the BLM movement, said that the money could also go towards funding schools, hospitals, and housing in communities that have been marginalized.

“I’m an optimist about the whole situation,” Figueroa-Ballester said. “It doesn’t mean I’m not exhausted but I’m doing my part. There needs to be change, but there also needs to be less performative action and more movement. People in charge of schools and corporations and all that need to make the effort.”

As she spoke about the amount of students she saw post about BLM, Figueroa-Ballester expressed her concern with the people who would simply share something and not take action.

“So many people go to the Black fraternity and sorority parties on campus. They seem to love our culture and share that on social media. They seem supportive of us. But then when it comes to attending clubs like Black Student Union or supporting people of color at events; no one shows up,” she said.

With the intensity and prominence of racism in the United States, LIU has made different efforts to support students with diverse backgrounds. Race and LGBTQ+ identity mixers have been presented for students to attend on Zoom, but Figueroa-Ballester believes that it’s not enough.

“It’s a problem that Promise can’t solve on their own,” she said. “It’s uncomfortable walking into some of my classes and being the only Black person. I feel like I have to be the spokesperson for all Black people sometimes, which isn’t fair because we all have different experiences and it’s not my job to educate others.”

Figuera-Ballester believes that while some of the meetings Promise has held on Zoom have been helpful, she wants more action from university president Kimberly Cline.

“A step in the right direction would be working towards making this school the first choice for people of color,” she said. “I think that having more diversity scholarships like LIU Brooklyn has could help.”

Figueroa-Ballester also thinks events like the mixers can be polarizing if not accompanied by events for understanding the struggles of people of color.

Brockman spent her freshman year at Post and believes that all schools could benefit from having a mandatory class like Post 101 for learning about different races, racism, discrimination, oppression, inclusivity and understanding.

“Some people don’t know or realize that they’re being racist, which is understandable, but nothing is really being done about it and that’s a problem,” Brockman said.

On Saturday, Sept. 26 Figuera-Ballester will be attending a rally in support of Black women from 1 p.m. to 5 p.m at the Hicksville LIRR station, where attendees will march to the gate of SUNY Old Westbury. Students interested in attending can email annelaforest7@gmail.com for more information.

“Change starts with action,” Figuera-Ballester said. “Anyone who wants to go should go.”