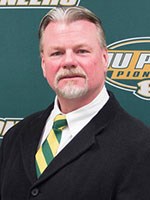 On June 17, two of the university’s longest-tenured coaches were released without any known explanation. Brian Hughes, who was the team’s Offensive Line Coach and has also been the team’s offensive coordinator for 23 years, as well as Jim Gibbons, who has been at the helm of Special Teams Coordinator for the past 21 seasons, and has also taken the role of Linebackers Coach recently, were both dismissed.

With the University not giving the students an explanation for their decision, student-athletes are taking it upon themselves not to partake in playing for the Sharks this upcoming season.

Amalfitano made a statement on Twitter expressing his displeasure with how the situation was handled. In his statement he said that coach Gibbons and Hughes were “two great role models” and that “both coaches have done more for me and other players on this team than anyone.”

Amalfitano went on to explain that the reason the team is upset is because it is unusual to fire a coach in June since it gives them little time to seek a new employment opportunity. He finished off his tweet by saying “No outsider should have any say in our coaching staff. If you really saw what was going on you’d know how much these coaches mean to us.”

Doyle had a strong relationship with both coaches despite not training with them directly. “I wasn’t in their position groups, but I spent a lot of time on the scout team so I was with coach Hughes a lot,” Doyle said. “He was also my ace coach who I met with once a week my freshman year.”

Doyle was extremely disappointed when he found out the school let go of both of them under these current circumstances. “At first I didn’t believe it, but then we had a team meeting about it”, he said. “It’s really messed up in the middle of a pandemic and so close to the season to just release them where they don’t have time to line up their next job. I don’t think they handled it well.”

Doyle would like to understand the administration’s decision, to at least know what the reason is behind their recent decision. “I would just ask why, why would they get rid of those guys, they were great role models”, he said. “They coached the right way, they were two genuinely great coaches who really cared for their players.”

While no one knows for sure what is at stake for the Sharks this year, Doyle believes that his team members will be waiting on information from the school before making a decision about playing during the next season.

“I think that’s gonna be a decision made as the time comes closer, a lot of guys who might be sitting out haven’t made it public or anything”, Doyle said. “I think everyone is just waiting on information, everyone just wants answers from the school, and it doesn’t seem they are giving too many of them.”

This story is ongoing.