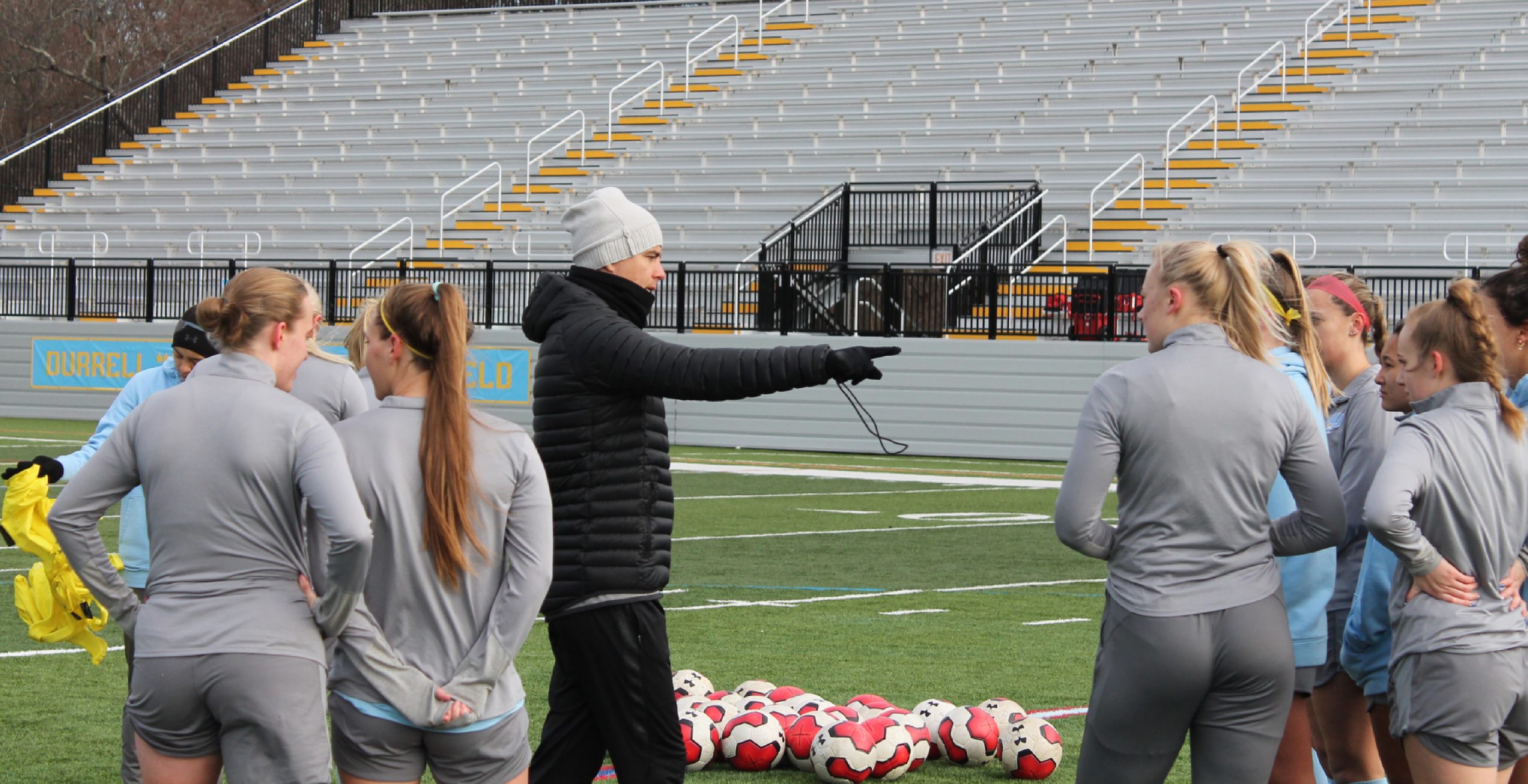 Athletic Director Dr. William Martinov announced to the LIU community on Wednesday,
Jan. 22. that Collin Audley would take over as head coach for the women’s soccer team,
replacing Eleri Earnshaw, who was dismissed from her position in November 2019.

“There is a lot you can do in this game as a group.” Those are Collin Audley’s leading
words as he takes over the position.

Audley originates from Fort Collins, Colorado and he grew up loving sports. He led a successful career as a soccer player, first for the University of Denver from 2006 to 2010, where he received All-Conference selections and a Newcomer of the Year Award; after collegiate soccer he made Major League Soccer trials and reserve-team appearances with the Colorado Rapids (2010) and the Chicago Fire (2011).

After playing professionally, Audley realized that coaching was the next step in his career.
“I started coaching and I really enjoyed it,” he said.

Regarding the position at LIU, Audley shared that being a head coach was always a
goal for him. “I have always wanted to have my own program, and the last few years I felt that even more,” he said. During the interview process, Audley said he felt a good connection with the athletic department and was excited to be a part of its early stages in Division I. “It seems like a lot of people are working hard to get us going in a positive direction,” he said.

Despite the excitement, Audley understands the position comes with many challenges. After a year of adjustments following the merger between the Post and Brooklyn athletic departments, Audley is the team’s third coach in three semesters for many of the players. “We can all look at the good and the bad from the past and we can all learn from it, but the most important thing is the direction we choose to go now,” Audley said. “Change is going to happen but your response to that change is the most important piece.”

To take the team forward, Audley wants to work as a transitional leader with the goal
to move together as a group. He believes that clear communication, finding key motivators and purpose, discovering their own potential and having fun are the most important focus points for the team. “The challenge immediately is to get the group dynamic and people going in the same direction. Every day we are trying to get better,” he said.

Audley said improvements will go beyond the playing field and include the players bettering themselves as teammates, individuals and in the classroom. “Results, wins and losses are further down the road,” he said.

After a week with the team, Audley believes he has a hardworking group with great potential. “They have a great attitude. There has been a lot of energy and enthusiasm in the trainings and it has been competitive,” he said. “There is plenty of talent, there is plenty of hard workers, there is plenty of ambition and the girls are all good people with good intentions.”